What are the real benefits of normalization (scaling values between 0 and 1) in statistics? [duplicate]

Ask Question
Asked 7 years, 1 month ago
Modified 10 months ago
Viewed 13k times
4
$\begingroup$
This question already has answers here:
How and why do normalization and feature scaling work? (8 answers)
When conducting multiple regression, when should you center your predictor variables & when should you standardize them? (7 answers)
What's the difference between Normalization and Standardization? (5 answers)
Closed 10 months ago.

I am working on student data set in which I want to normalize the range of percentage to 0,1. But I am not clear with the actual benefits of normalizing a range.

Normalizing the data is done so that all the input variables have the same treatment in the model and the coefficients of a model are not scaled with respect to the units of the inputs.

For instance, consider that you have a model that measures the aging of paintings based on room temperature, humidity and some other variables. If humidity is measured in litres per cubic metre and temperature in degrees Celsius, the coefficients in the model will be scaled accordingly and may have a high value for humidity and a low value for temperature (say). If you scale the variables, such as by using $(x- \mu)/\sigma$ or any other technique, variability in output due to unit change in input variables will be modeled more realistically.

You may wish to rescale the predicted output to interpret the results.

In regression, the $t$-values and $R^2$ values are not affected due to scaling or not scaling. However, interpreting the results becomes easier using scaling.

Some machine learning algorithms require the input data to be normalized in order to converge to a good result.

I generated some bogus data to work with, both features are uniformly distributed and independent.

Before scaling, the data could look like this (note that the axes are proportional): 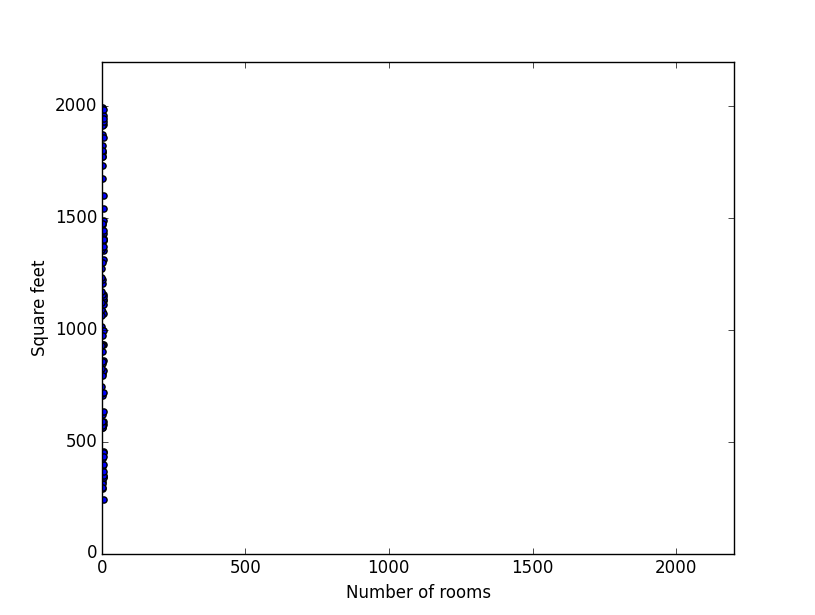 You can see that there is basically just one dimension to the data, because of the two orders of magnitude difference between the features.

After standard scaling, the data would look like this (note that the axes are proportional): 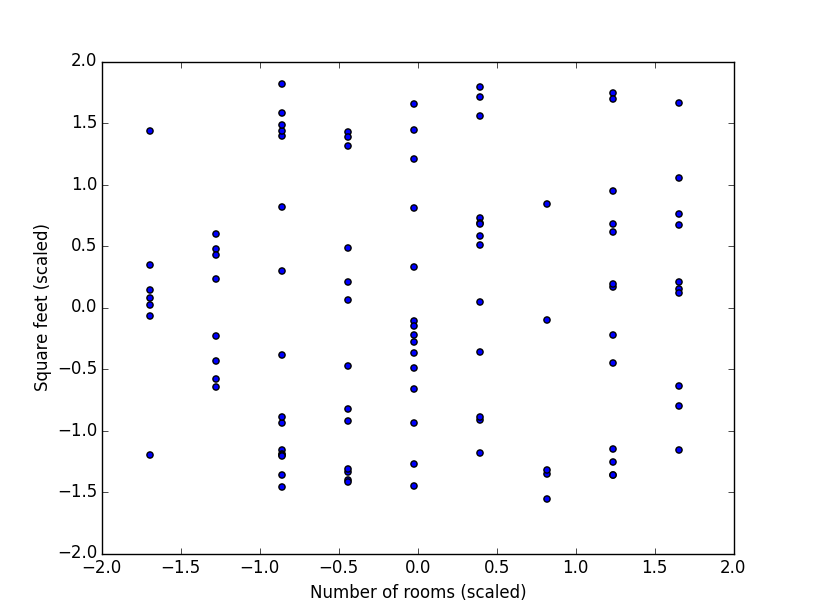 Now the data is nicely distributed and a logistic regression or SVM could do a much better job classifying the samples.

0
Data normalization with preference to a number size
3
two-sample KS test: data becomes significantly different after normalization
0
Normalizing a Continuous Variable for Appropriate Use Alongside Binary Variables
3
How to normalize mixed continuous/discrete features for DNN?
1
Normalization when Max and Min Values are Reversed
2
To train a neural network, do I normalize all input data at once, or row by row individually?
4
Why would we want to normalize (L1) by row?