Understanding “the kernel has zero mean”

I am trying to understand kernel density estimation and found the graphic below illustrating different kernel functions on Wikipedia. I have no trouble reconciling it with the two statements

But I've several times seen the statement "the kernel has zero mean" and I can't make sense out of it. 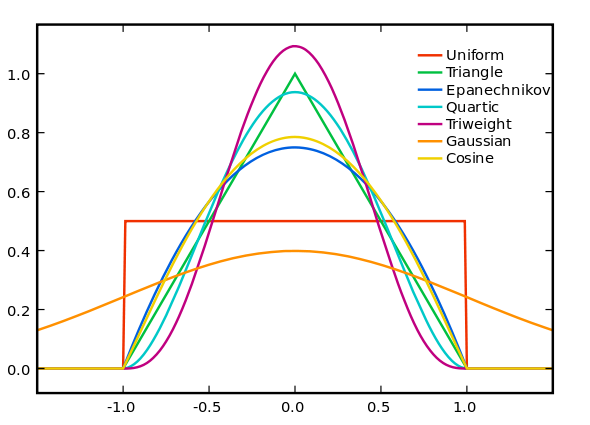 Not the answer you're looking for? Browse other questions tagged mean pdf kernel-smoothing nonparametric-density or ask your own question.