Here is an illustration of my problem:

I have two stimuli (A and B) given to a number of subjects. Each subject is sequentially subjected to each stimulus 5 times (AAAAABBBBB or BBBBBAAAAA, but not both). I have randomized the presentation order of these stimuli to each subject. The data might look like: 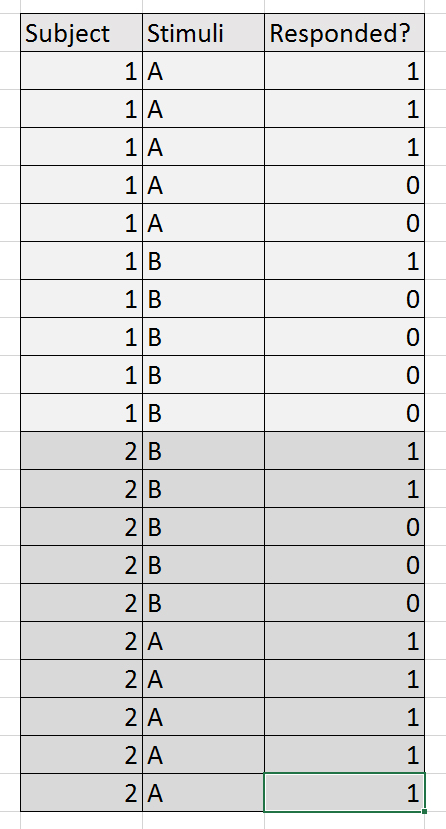 My question is how can I statistically show: 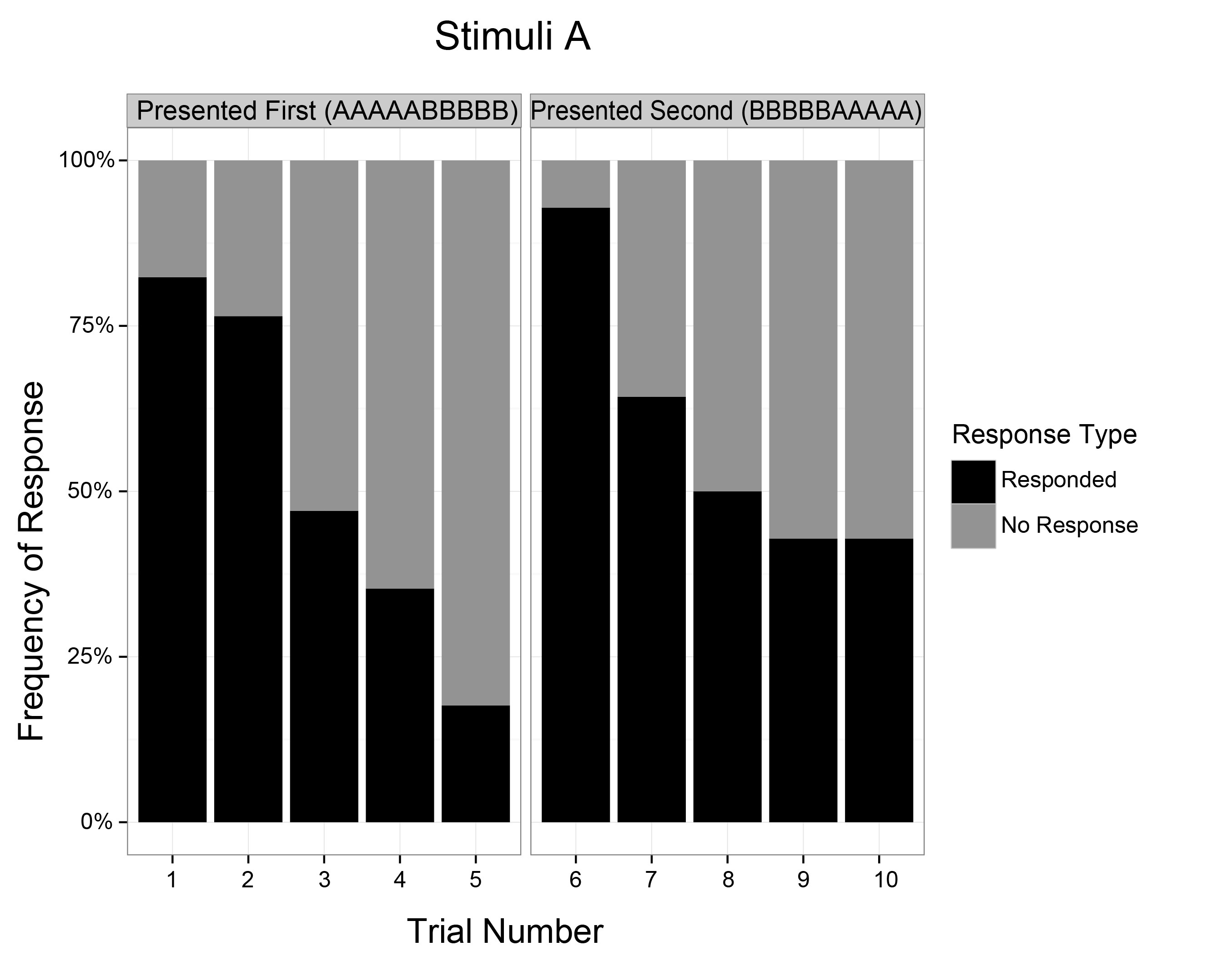 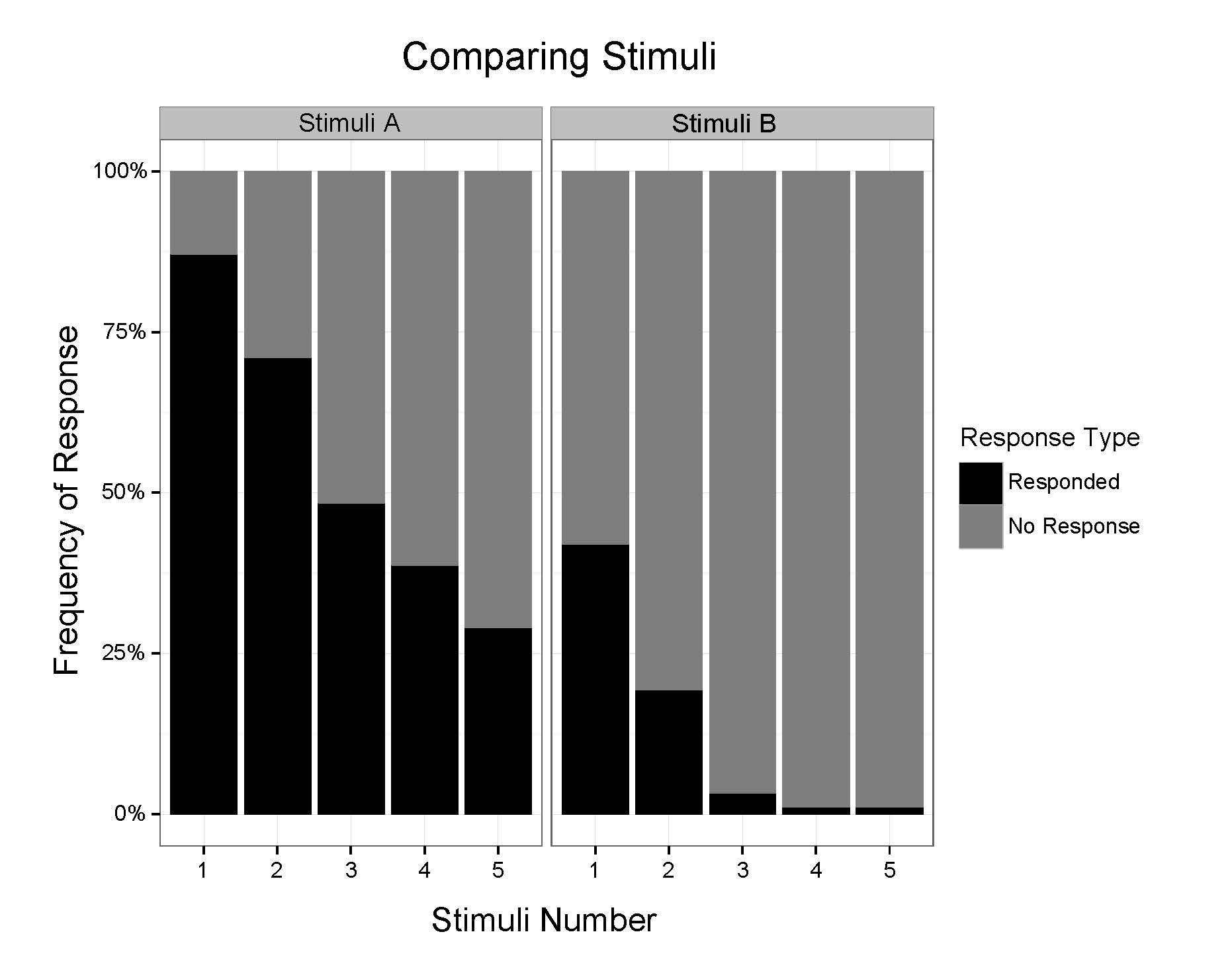 I don't remember learning how to deal with data like this. THANK YOU!

DATA: Here's some data for this question for replication purposes

Assuming that you are interested in the mean responses by subject and since you treat them as two separate question I will suggest two distinct and simple ways of dealing with this which I am sure are not the only ones.

For your first question you could create a new variable and code as 0 and 1 the type of presentations (e.g. 0=AAABBB, 1=BBBAAA), and perform an independent sample t-test (or the non-parametric equivalent as you are not giving out any information about the distribution of the responses) using the sum of the responses as the dependent variable.

Note: If your interest is in modelling the binary outcome though, then a GLM or GLMM would be suitable as Glen_b has already pointed out

Unfortunately, this answer is more of a comment, but I think that your question is too complex to be answered properly here without actually seeing your data. I would like to offer pointers that I consider important for you:

Not the answer you're looking for? Browse other questions tagged hypothesis-testing statistical-significance repeated-measures or ask your own question.