I've seen this post but I have still some additional questions. I have a ordinary linear regression model with more then 300 predictors (which represents different conditions). I want to know which conditions have a positive effect on the outcome. So I look at the pvalues and select the ones below 0.01 (after correcting for multiple testing) I have 300 coefficients and a s I used the default Gaussian family function. sample size of 1200 with at least 3 df for each term).

But after building the model and looking at the residuals. I see that they are heavy tailed. So what does this mean for the standard error estimates of the coefficients? Are they too conservative (which is safe) or too liberal(change of picking up more false positives)?

Here plots from the glm output. 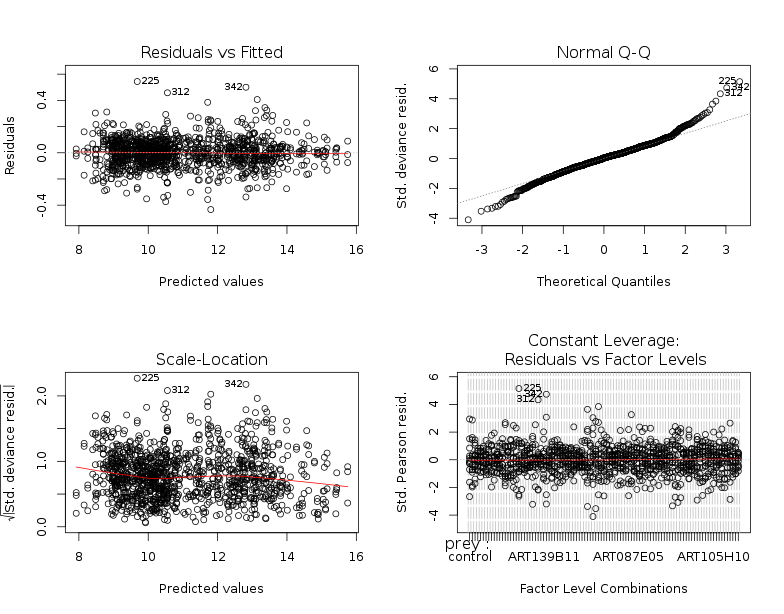 The standard error of the coefficients does depend on the distribution of the observations. You are right to be concerned.

You depend on the Centeral limit theorem to say the distribution of the coefficients is normal. It requires a defined mean and variance. If your observations are from a generalized pareto distribution, or some other profoundly heavy tailed distribution, the conditions may not be satisfied.

Not the answer you're looking for? Browse other questions tagged regression statistical-significance generalized-linear-model interpretation residuals or ask your own question.