when some of your coefficients in multivariate logistic regression model is negative while i know these variable have positive sign in univariate model, What should I do؟

This is a general phenomena caused by correlation between your independent variables. Here's a small example I constructed for you to experiment with. I demonstrated with a linear regression as the phenomena is easier to see pictorially in this case, but it also happens with any generalized linear model, including logistic regressions.

and then construct another vector that is explicitly correlated with x_1

Since I forced a statstical dependency between x_1 and x_2, these random variables are correlated

You can see this geometrically with a scatterplot 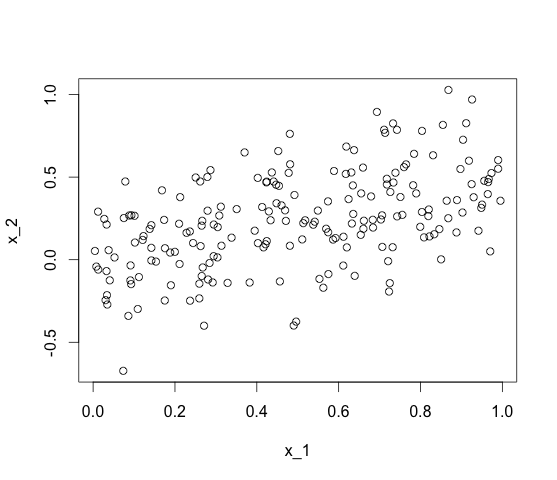 Now let's make a dependent variable that depends on both

This collection of three variables show the behavior that you are witnessing. Putting x_2 in a univariate model shows a positive coefficient

In fact, you can see that both x_1 and x_2 are positively correlated with y in a picture 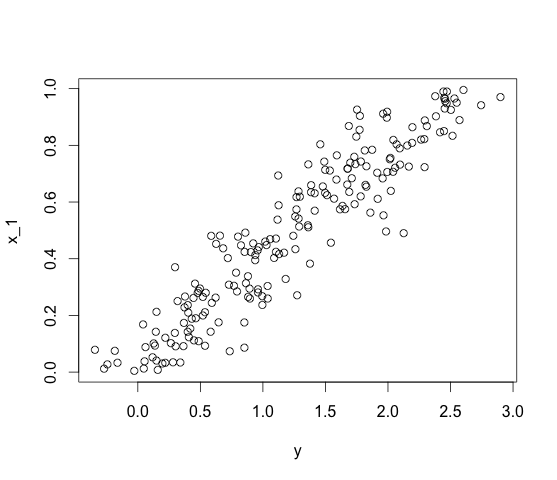 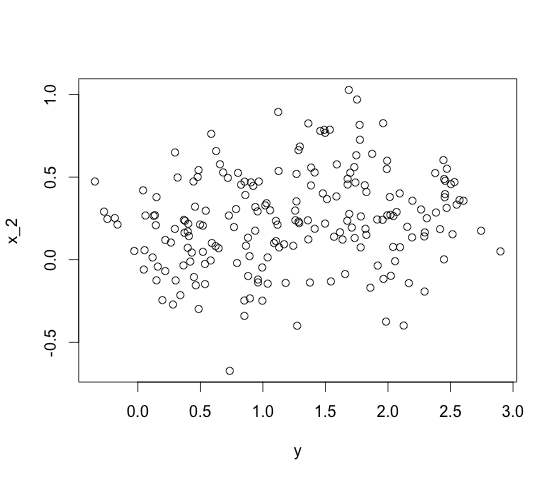 But if I put them all together, I get recover the true negative coefficient for x_2!

The most common reason is that the remaining variables of the fitted model influence the changing of the sign!

Not the answer you're looking for? Browse other questions tagged regression logistic multiple-regression or ask your own question.