I am taking the coursera machine learning course by Andrew Ng and have run into some issues.

I do not understand why the answers are like this? 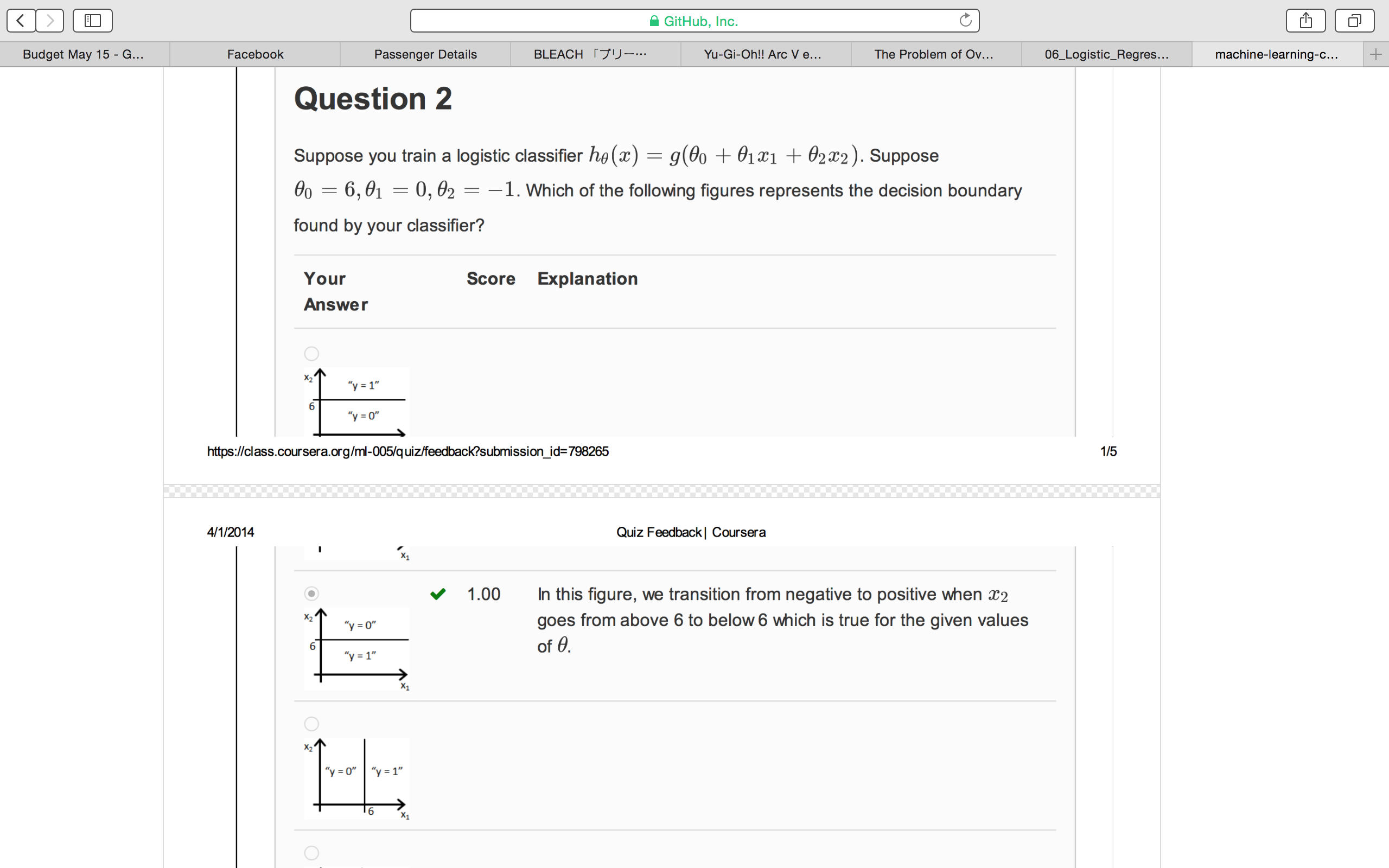 The pictures are a bit misleading in the sense that the outcome of the equations presented, the p-value, could also be plotted on a z-axis. Look at the picture below. 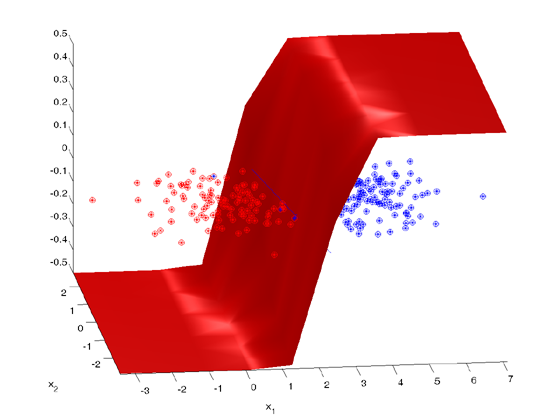 (Picture taken from http://strijov.com/sources/demoDataGen.php). Take care that the picture is illustrative only and is not related to your example perse, although the variable names match. p-value should be interpreted in this context as the probability of the dependent variable equaling a "success" or 1. (Thanks @Scortchi)

In Question 2 you can see that the coefficient of x1 is 0. This means that changing x1 does not affect the p-value. Only changing x2 affects the p-value. If the p-values values form a wave, then x1 would be the beach, to put it practically.

The decision boundary depicted is actually the line that separates the p-value that are smaller and larger than 0.5. Since this line is not affected by x1, the line is parallel to the x1 axis: changing x1 does not influence the p-values.

The illustration might resemble by chance your second example, where the coefficient of x2 is zero.

Not the answer you're looking for? Browse other questions tagged regression machine-learning logistic or ask your own question.

93
Solving for regression parameters in closed-form vs gradient descent
24
In machine learning, why are superscripts used instead of subscripts?
1
learning Curve Sklearn
8
Logistic Regression: Different Formulas between Courses?
0
Intuition behind Backpropagation gradients
7
Machine learning courses: maths explained
1
How to use neural network for regression

// TODO sg: TMP solution until we are confident in our current implementation of async imports // once we are, we can move the if into the js entry file and dynamically load the mark obsolete module