I tested AAPL for ARCH effects using Stata with two different datasets (one was a subset of the other) and I obtained significant arch effects in one subset but not in the whole dataset.

I would have expected that if one of the series exhibited volatility clustering so would the other, they are both return time series of the same underlying after all. This made me question the procedure I was using to determine arch effects.

I will now write down the procedure and some parts where I have doubts. 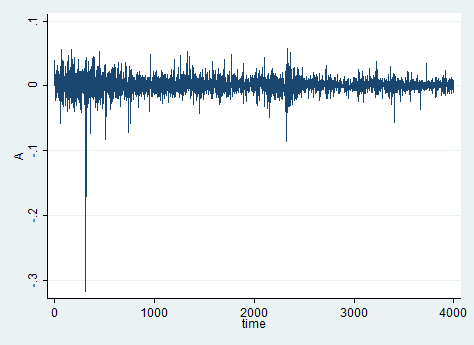 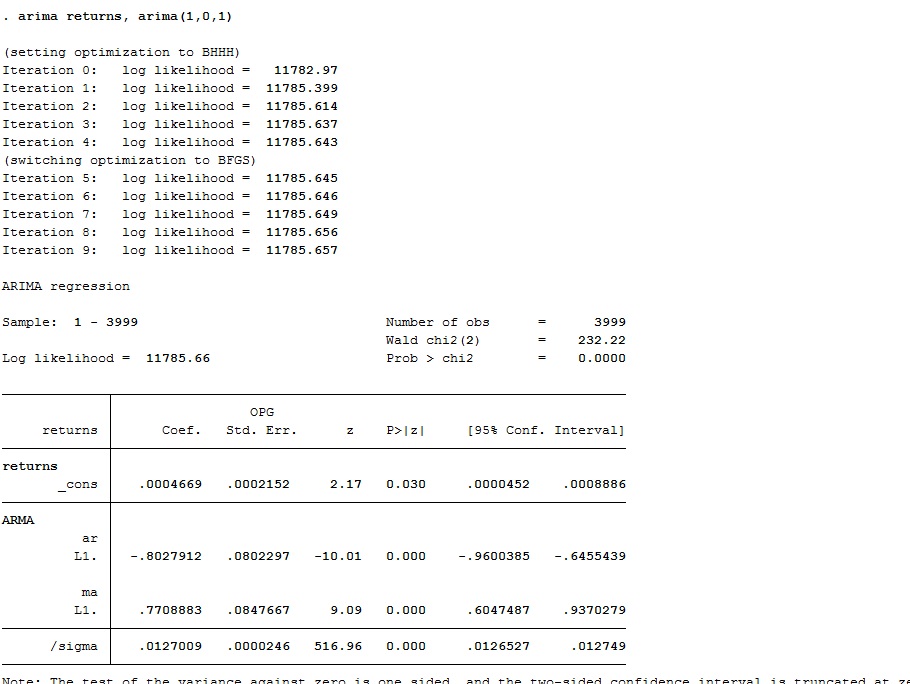 Doing those 4 steps I accept the null hypothesis of no ARCH effects at a 5% significant level, in the whole data set. 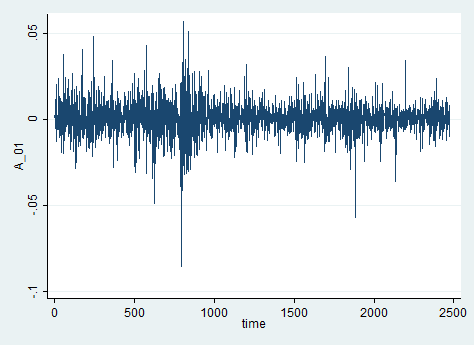 In the first step I obtain no significant coefficients in an ARMA model:

So I simply fit an ARIMA(0,0,0) (regress around a constant). And following the other three steps I do not accept the Null hypothesis of No ARCH effects even at a 0.1% significant level.

This seems quite odd to me, I think the mistake must be in the fitting of the ARMA model.
Could I know your algorithms for checking if there are ARCH effects in the data?
Is there something wrong in the one I am using?

EDIT: This is the complete order of commands I am currently doing, the variable A are the returns of whole dataset (the first picture). 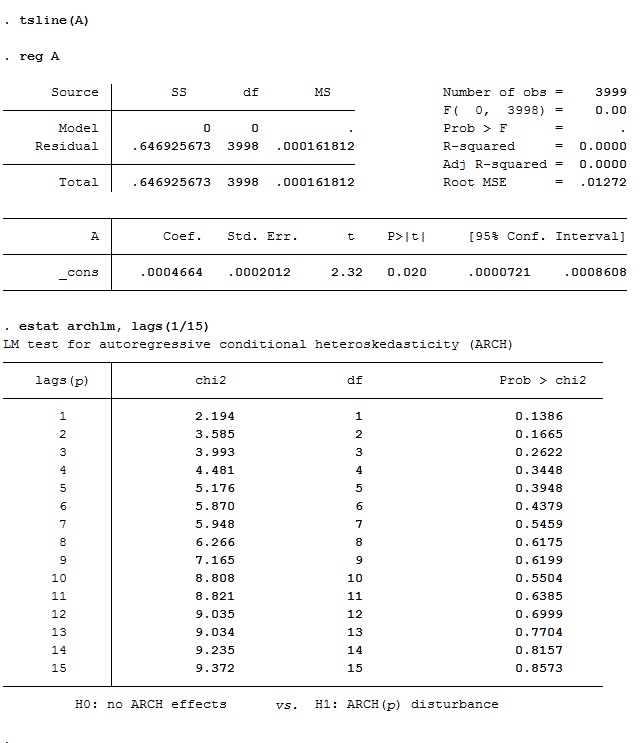 I still can't refuse the null hypothesis but just looking at the two datasets it seems to me they both have volatility clustering.

Regarding your action plan:

That could be done if you skip the ARMA model. A constant could be justified as stock prices may be rising slightly due to inflation (and the inflation was relatively stable during 1999-2015, in the sense that there were no major double-digit inflation periods).

Regarding the presence of ARCH effects in a subsample but not in the full sample, well, that indicates that the data generating process may be varying over time. Stock prices experience "good times", "bad times" and whatever not. During "good times" the returns behaviour is likely different from the behaviour during the financial crisis. That is, I am not surprised that you find ARCH effects in one period but not another.

Since the findings for the whole sample contradict the findings for a subsample, perhaps you should use a rolling window to estimate your models, or split the sample into several shorter periods based on some subject-matter motivation.

To make sure that the mismatch between the findings for the full sample and for the subsample is not due to a mistake in the software but rather an artifact of the real world data, you may simulate some data and try fitting models and running diagnostic tests there. I expect you would find a much more consistent behaviour that way.

Not the answer you're looking for? Browse other questions tagged time-series stata arima garch or ask your own question.