Question 1 There doesn't seem to be a clear indication of which to use when. Is there something to inform that decision? From what I understand, once you switch to ZIP, the mean variance being equal assumption get's relaxed so it's pretty similar to NB again.

Question 3 I see people interchanging the negative binomial and Poisson distributions all the time but not geometric, so I'm guessing there's something distinctly different about when to use it. If so, what is it?

P.S. I've made a (probably oversimplified, from the comments) diagram (editable) of my current understanding if people wanted to comment/tweak it for discussion. 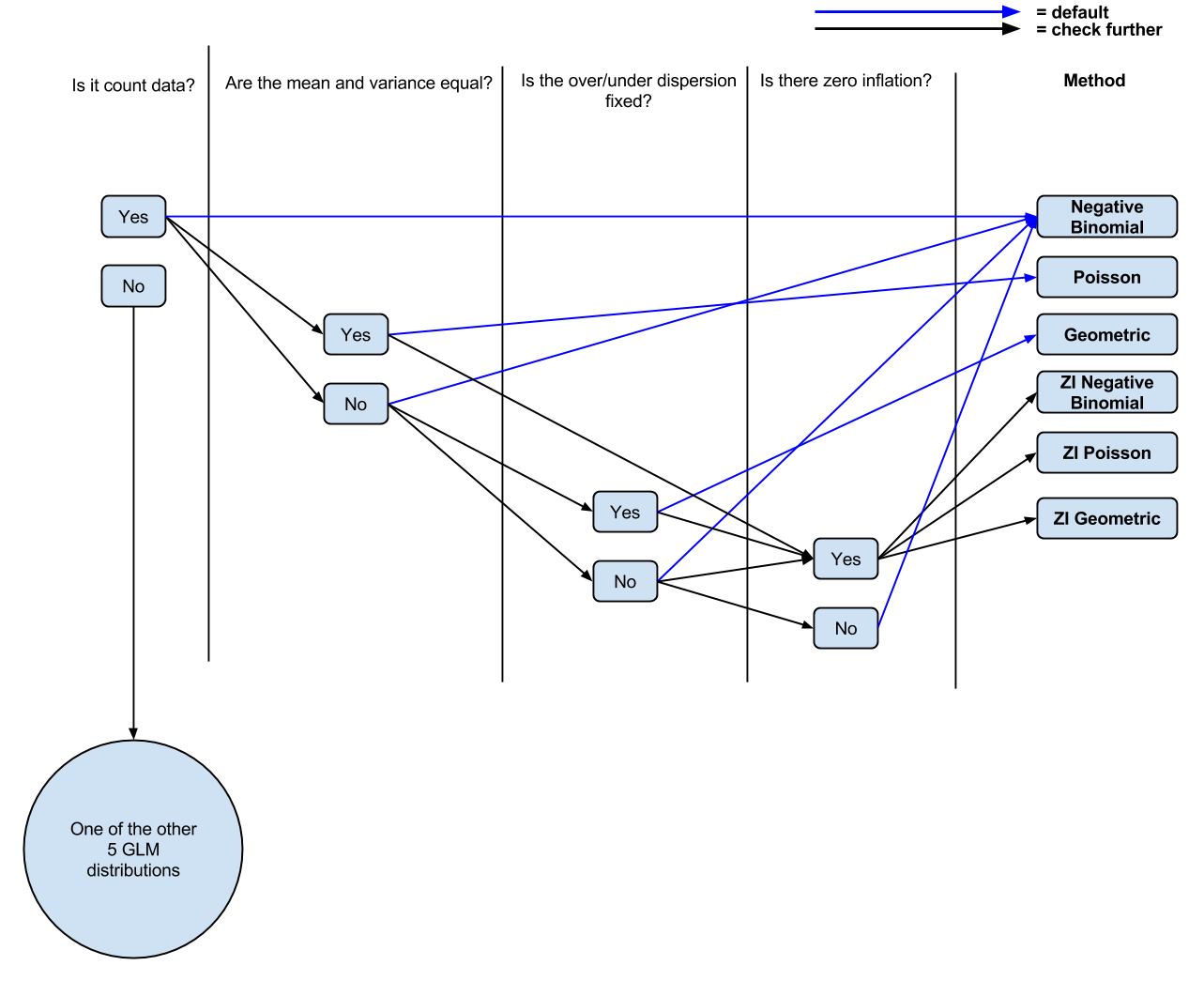 So in case of doubt between these three models, I would recommend to estimate the NB: The worst case is that you lose a little bit of efficiency by estimating one parameter too many. But, of course, there are also formal tests for assessing whether a certain value for $\theta$ (e.g., 1 or $\infty$) is sufficient. Or you can use information criteria etc.

Of course, there are also loads of other single- or multi-parameter count data distributions (including the compound Poisson you mentioned) which sometimes may or may not lead to significantly better fits.

As for excess zeros: The two standard strategies are to either use a zero-inflated count data distribution or a hurdle model consisting of a binary model for zero or greater plus a zero-truncated count data model. As you mention excess zeros and overdispersion may be confounded but often considerable overdispersion remains even after adjusting the model for excess zeros. Again, in case of doubt, I would recommend to use an NB-based zero inflation or hurdle model by the same logic as above.

Disclaimer: This is a very brief and simple overview. When applying the models in practice, I would recommend to consult a textbook on the topic. Personally, I like the count data books by Winkelmann and that by Cameron & Trivedi. But there are other good ones as well. For an R-based discussion you might also like our paper in JSS (http://www.jstatsoft.org/v27/i08/).

Not the answer you're looking for? Browse other questions tagged generalized-linear-model negative-binomial-distribution count-data poisson-regression zero-inflation or ask your own question.