Equal weight between prior probabilities

While constructing a model hierarchy for Bayesian analysis, I have two parameters:

I take the $\ln$ of the pdf for the parameter's value, sum them: $\sum \ln(\rm pdf)$, and obtain the prior probability. This is then also added log-likelihood of the output of the model and the likelihood of this model is obtained (as one iteration in my MCMC).

I do not mean to presuppose that the importance of $\theta_1 > \theta_0$ in the model.

Similarly, the likelihood values for the model seem under represented -- the $\ln(\rm pdf)$ for predicted values' errors falling under the t-distribution is much smaller than my priors.

Why does it seem wrong? TLDR; It doesn't matter. 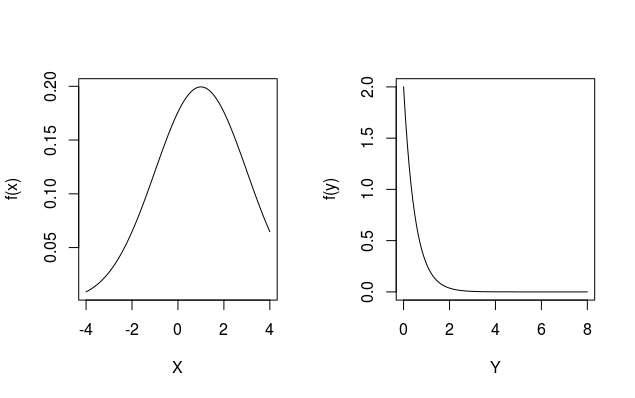 You want to look at their joint distribution and since they are independent, you multiply their probability densities to obtain joint density. Obviously, they have "different scales", but so what? Marginal density of $X$ is still highest at it's highest point, marginal density of $Y$ is still highest at it's highest point. Jointly they have highest point where they are jointly highest. It doesn't matter that they had different "scales". 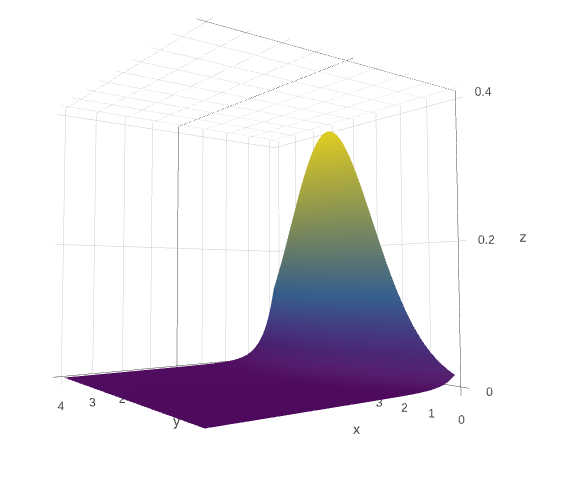 Moreover, by pure algebra, if you take your Bayes theorem, e.g.

and, as you suggest, you introduce some "scaling constants" $c_1,c_2,c_3$ so that each density has the same maximum height (or whatever you want), then you can re-arrange the arguments since multiplication has commutative property and receive the same outcome

Not the answer you're looking for? Browse other questions tagged bayesian prior scale-invariance or ask your own question.

26
Do Bayesian priors become irrelevant with large sample size?
15
How do ABC and MCMC differ in their applications?
0
How to calculate the Bayesian or Schwarz Information Criterion (BIC) for a multilevel bayesian model
2
Jeffreys' Prior for Log Odds
2
Bayesian Inference: Modeling checkout times at a store
11
Maximum likelihood parameters deviate from posterior distributions
2
Metropolis Hastings proposal for one parameter restricted to less than the other
3
Formal proof of Occam's razor for nested models