Assessing deviation from the mean without Chebyshev's inequality

I have a set of experimental data which comprises distances between successive points:

And a simulation which attempts to recapture the experimental data by choosing points at random and calculating the distances between them. This is repeated many times as to create a population of simulations. The red line below shows the simulated population average: 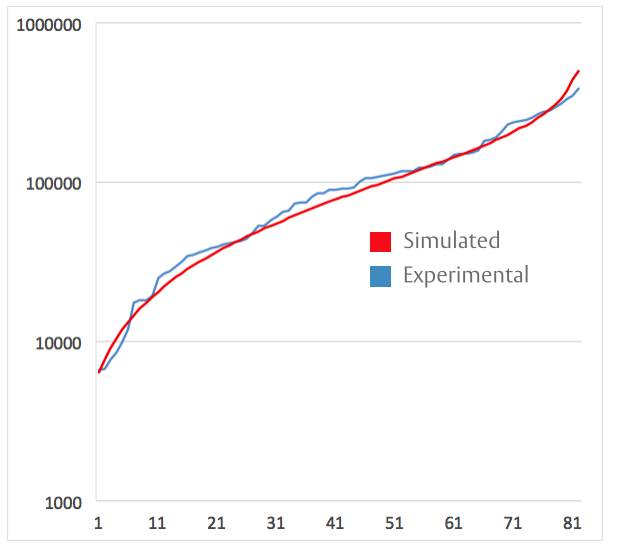 Neither the experimental data nor the simulated data fits a normal distribution (as assessed by the one-sample Kolmogorov–Smirnov test). Given the nature of the data i.e. distances between successive points and visual inspection of the data, a gamma-distribution appears to best fit the data.

As the 68–95–99.7 rule does not apply here - is there any more precise method than using Chebyshev's inequality and -/+ 2-3SD? This produces a rather wide band that makes it difficult to assess changes in the simulation parameters. 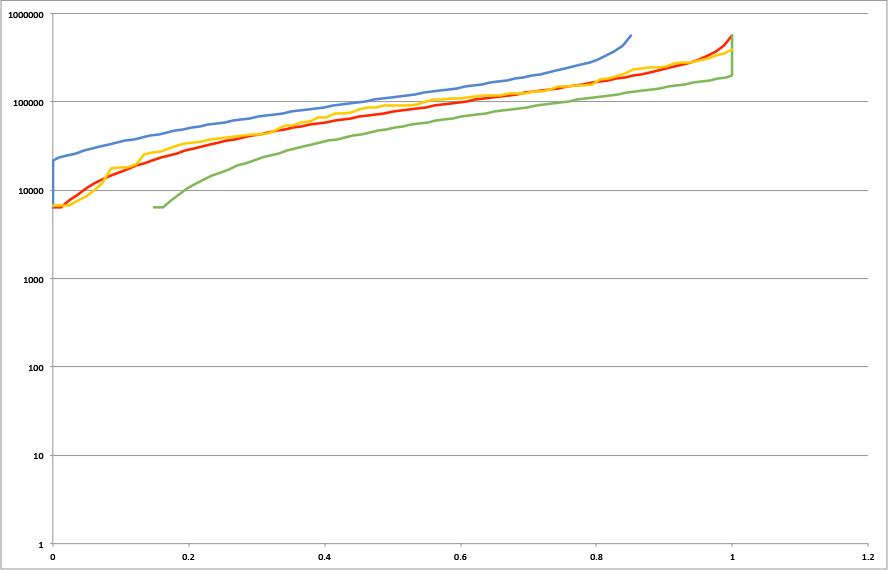 If you are able to assume a distribution for your population, than you can invert the KS test in order to build a confidence band around the cumulative function of the population which will contain your estimation with a given confidence level.

Not the answer you're looking for? Browse other questions tagged mean standard-deviation gamma-distribution or ask your own question.

8
Unbiased estimate of population standard deviation: is sqrt(2) a superior correction?
9
Standard Deviation After Subtracting One Mean From Another
9
Weibull vs. Gamma Distribution
4
Survivor Function vs. Hazard Function
0
Standard deviation of the Mean
1
Chebyshev's inequality for Pareto distribution (3 sigma rule)