How to interpret this QQ plot?

which gave me this: 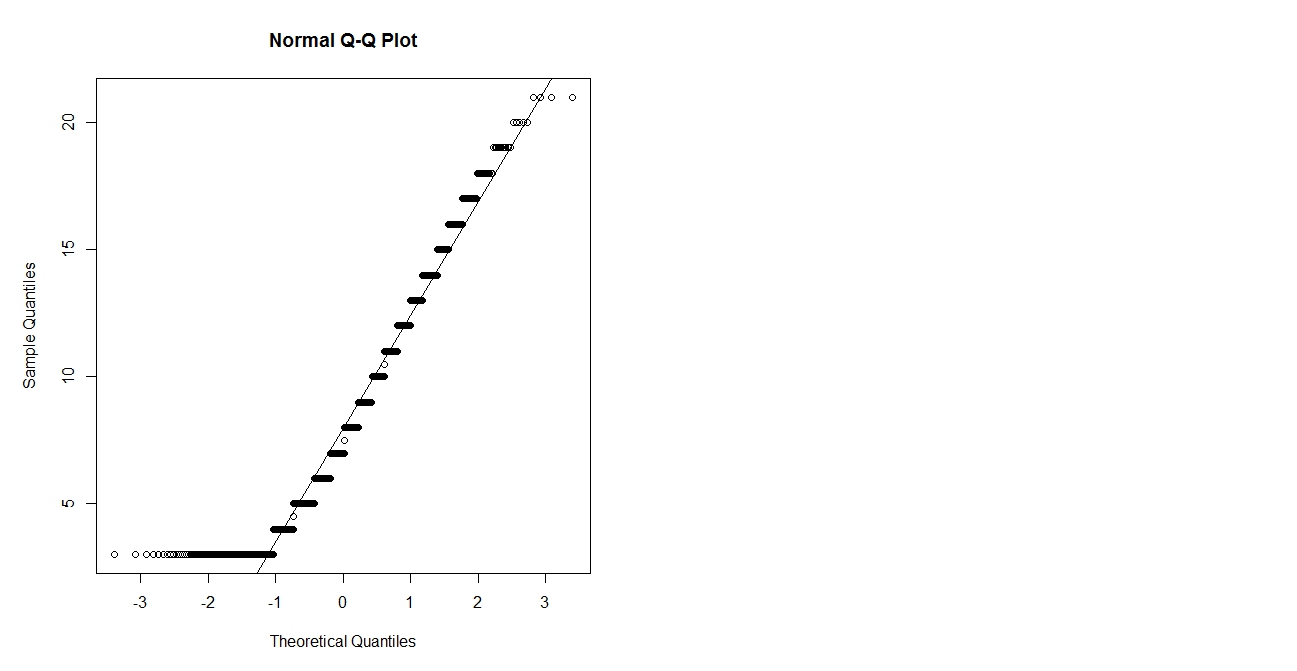 The histogram of the data showed a positive skew to left, but I do not know how to interpret the QQ plot. Why are the data points clustering along the line? and does the straight tail at the bottom signify the left skew that I see in the histogram?

(As Nick Cox also suggests) the distribution is right skew and discrete, but to the right of the spike at 3, is roughly similar to a standard normal truncated below -1 (which is right skew), but with a shorter right tail.

I've made some additional comments on the diagram below: 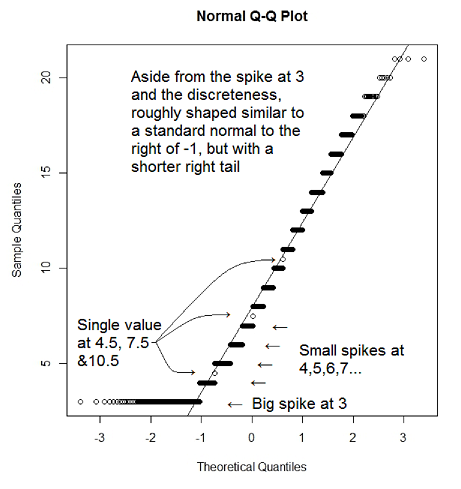 Here's a frequency plot (a sample pmf) that would yield a Q-Q plot roughly similar to yours: 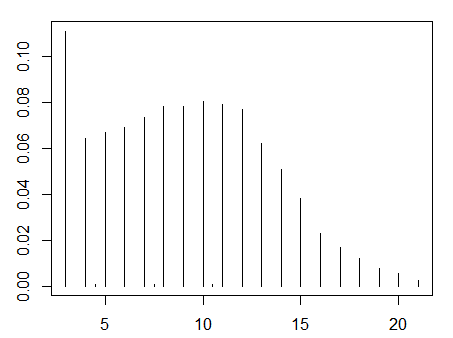 This QQ plot has the following salient features:

This particular kind of curvature is consistent with data that are starting to follow an extreme-value distribution. Specifically, consider the following data-generation mechanism:

If we set $k=50$ or thereabouts and adjust the mean and standard deviation of those underlying Normal variates to be $\mu = -10$ and $\sigma = 7.5$, we can produce random versions of this QQ plot and most of them are practically indistinguishable from it. (This is an extremely rough estimate; $k$ could be anywhere between $8$ and $200$ or so, and different values of $k$ would have to be matched with different values of $\mu$ and $\sigma$.) Here are the first six such versions I produced: 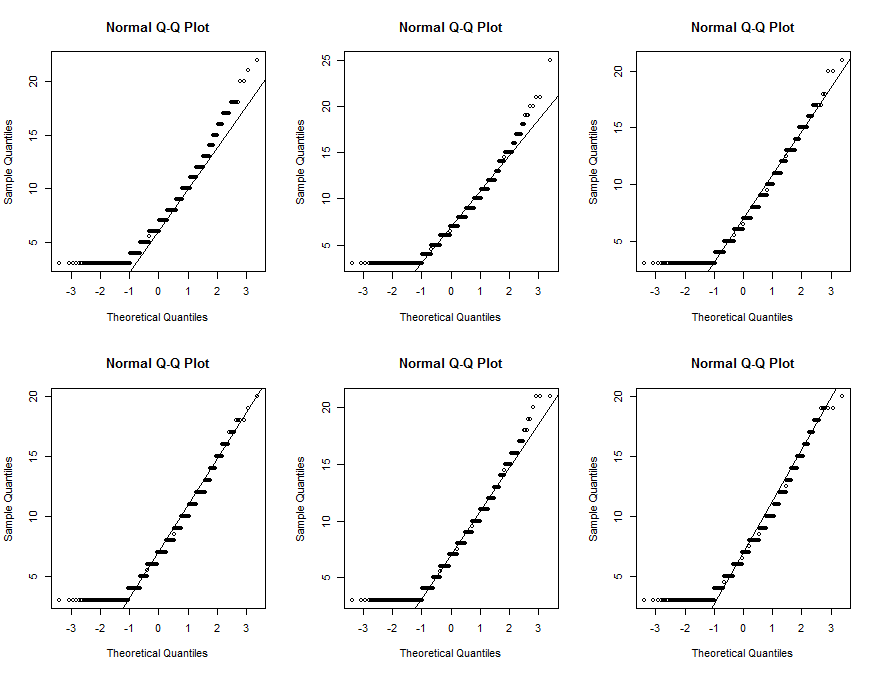 What you do with this interpretation depends on your understanding of the data and what you want to learn from them. I make no claim that the data actually were created in such a way, but only that their distribution is remarkably like this one.

This is R code to reproduce the figure (and generate many more like it if you wish).

Your data are positively skewed, meaning skewed to the right. "Right" or "left" is a matter of the longer, more stretched out, tail in the distribution. The terminology presupposes that you are (imagining) looking at a conventional histogram with a horizontal magnitude scale.

But clearly you have integer values between 3 and 21, hence the appearance of an irregular staircase, except that there are values such as 4.5. You have a prominent spike of values at 3: that should not come as a surprise to you, but we can't tell you why. Similarly, if these are counts, then the absence of 0, 1 and 2 may (or may not) be worth comment.

It's possible, however, that numeric measures of skewness may be negative as a side-effect of the spike.

The values are reminiscent of grades on a test in which most students did poorly, but few were utterly abysmal, and some messy answers provoked compromise marks.

Values in the data that are the same must be plotted at the same horizontal level at various levels on the $y$ axis. The average over samples of the same size from a true Gaussian distribution would all be distinct, so the values on the $x$ axis must be distinct.

Not the answer you're looking for? Browse other questions tagged normal-distribution qq-plot or ask your own question.

58
How small a quantity should be added to x to avoid taking the log of zero?
4
Plots of residuals in linear regression