What is this diagram called

Can anyone tell me what is the name of this type of diagram ( if any )? Also can anyone suggest any tools, however simple, to plot such a diagram? 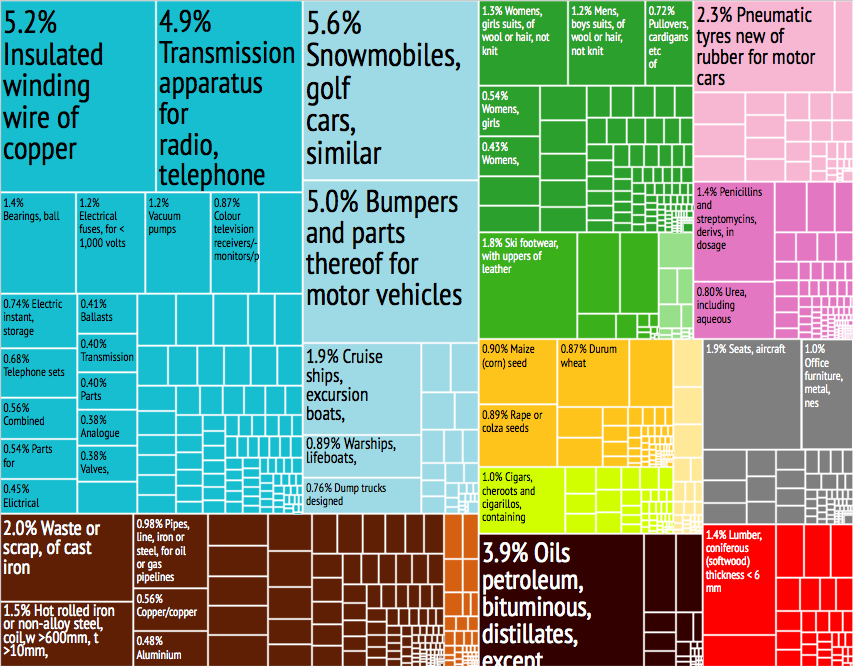 This plot called as "Tree plot" in tableau. You can see here to know how to do that. You can find trail version of Tableau here

If the difference between tree plot and mosaic plot coincides with the distinction between hierarchically-arranged categories and how single categories are broken down, then OP's image would appear to be a tree plot.

At first blush, I believed that the plot was a mosaic plot, which is one way to present stratified categories. A tutorial on the construction of mosaic plots in R can be found here.

I'll research this issue further when I have a moment. 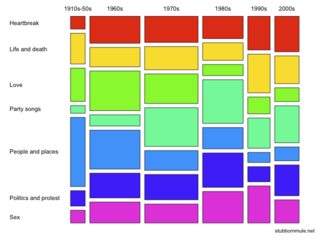 It has origins in mosaic plots (left) or Marimekko charts (right), adding nesting or embedding to the standard mosaic structure. The one you displayed is well-balanced, without elongated, skinny rectangles, that degrade the appearance of some treemaps generated by the "slice-and-dice" tiling algorithm.

So it belongs to the subspecies of "squarified treemaps", that can be decorated with colors or shading in cushion treemaps. A description is given in Mark Bruls et al. (2000) Squarified Treemaps, Proceedings of the Joint EUROGRAPHICS and IEEE TCVG Symposium on Visualization in Amsterdam, The Netherlands, May 29–30, 2000. Apparently, the idea of squarifying, i. e. constraining rectangles to low aspect ratio, was already present in M. Zizi M. and M. Beaudouin-Lafon (1994). Accessing Hyperdocuments Through Interactive Dynamic Maps, Proceedings of the 1994 ACM European conference on Hypermedia technology. 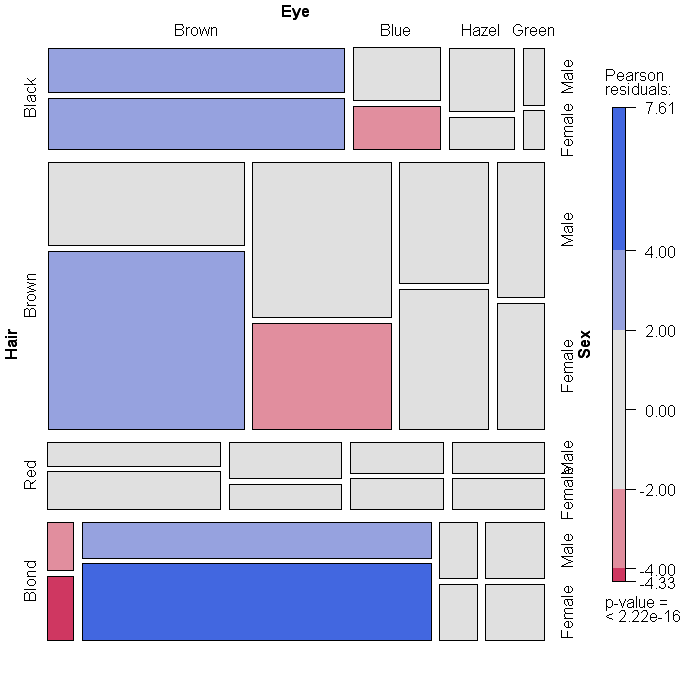 Not the answer you're looking for? Browse other questions tagged categorical-data proportion or ask your own question.

2
Which test to use to measure if target has been met?
2
Feature selection in high dimension
3
How to visualize classifier output?
0
What is the name for this type of model?
1
What statistical test should be performed in this setting?
0
How to deal with problems like this ? What machine learning algorithms should be used?