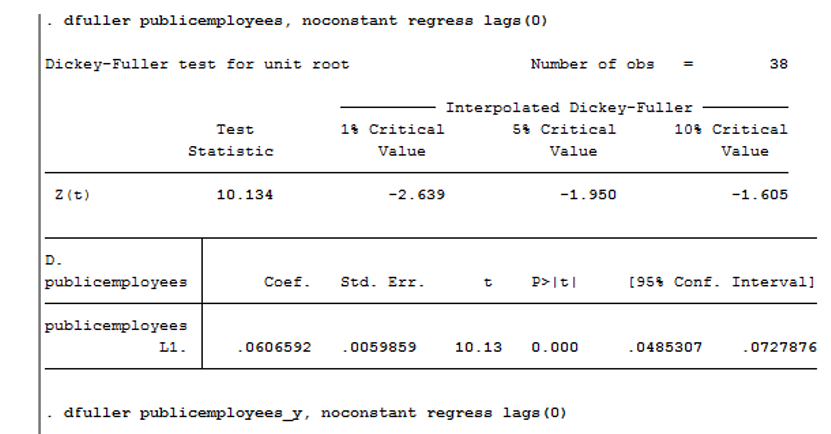 The null hypothesis of the (augmented) Dickey Fuller unit root test is that the series being tested has a unit root (that implies nonstationarity).

Now see what the actual test statistic is: 10.134. That is less extreme than the conventional 5% value (and even the 10% value) because it is less negative than -2.639 (and even -1.605). Therefore, you do not reject the null hypothesis of unit root at any of the conventional significance levels. You data seems to be nonstationary.

This is a generic way of using tests you do not understand well. Of course, it is always better to know more to understand the intuition behind the test, but that is not always the case.

Not the answer you're looking for? Browse other questions tagged unit-root augmented-dickey-fuller or ask your own question.