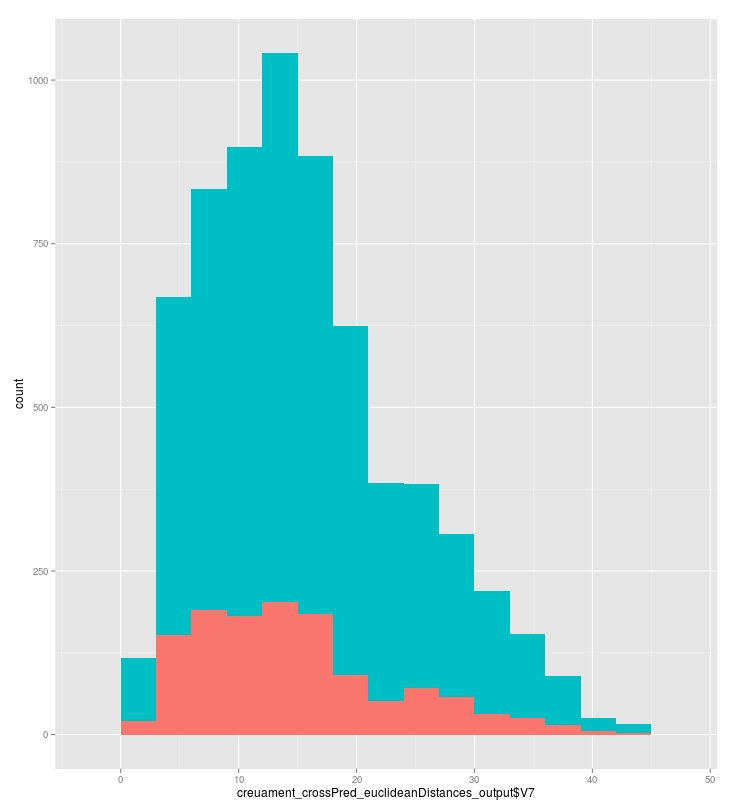 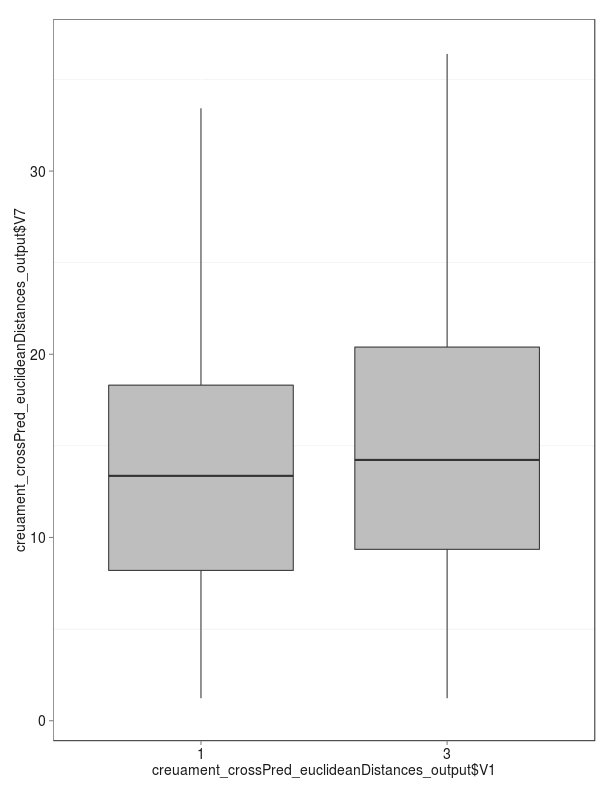 I want to show the histogram in a research paper to suggest a possible tendency in group 1 to have lower values than group 3.

Data isn't completely independent so my plan was to show the histogram with a t.test:

I'm aware that significance is highly influenced by the sample size, but considering that this is not the core of the research, just an hypothesis, I don't want to put too much weight on it, simply complement the plot with some statistical data.

EDIT: Why I said they aren't independent? I took 82 models based on 82 datasets and test each model on the remaining 81 datasets (all but the one used to train it). I expect to see a bad performance in those tests, but for ~19% of them (n=1282) I see a good performance. I compute a "similarity distance" between each pair (dataset-of-the-model & dataset-of-the-test) to hypothesize that maybe those that obtain a good performance are closer, and that's why they can predict reasonable good. I say they aren't independent because maybe model X based on dataset X performed well on dataset A and D but bad on dataset B, C and E. So somehow model X is "behind" both groups.

So the question of "what is the relationship between test-training dataset similarity vs. predictive performance" across 6642 scenarios/82 models is approached by splitting them into 'good' and 'bad' and testing the difference in proximity between those two groups? The 6642 datapoints probably should not be used as independent, you can use model ID as a random factor to account for that. Different n may not be as consequential if the homogeneity of variance assumption is met (as it seems to be, and in nay case you use Welch test). But why reduce this problem to such a qualitative answer, and how is this question not self-evident (models do better on similar datasets?), cannot be deduced from the problem description.

The box plot is giving us some idea as to what the effect size is, which can still be added. It is not clear how the histogram illustrates the question you are trying to ask, all it shows is that your second group has fewer datapoints with maybe (as it is unmarked) a slightly different mean.