The number of events distribution shows a Pareto behavior. I do not attach the plots, but I verified it with qqplots, mean excess plots, Zipf plot, etc. Moreover, I found out that the moments greater than 1 do not exist, so that I should expect that my distribution is in the Maximum Domain of Attraction of the Fréchet distribution, with $\alpha \in [1,2)$.

To estimate $\alpha$ and investigate the dynamics generating the number of events, I used Peaks Over Threshold (POT). Such an approach has two main consequences:

One important assumption is that the observations are IID. 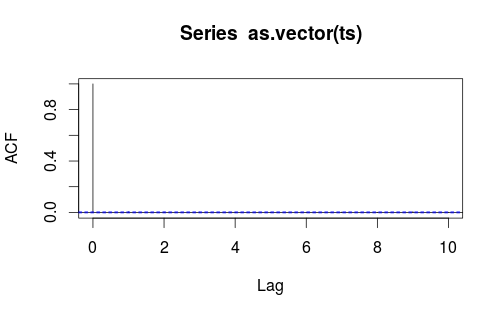 Next, in order to estimate the GPD parameters, I used shape function from evir (R package) to choose a proper threshold $L$. 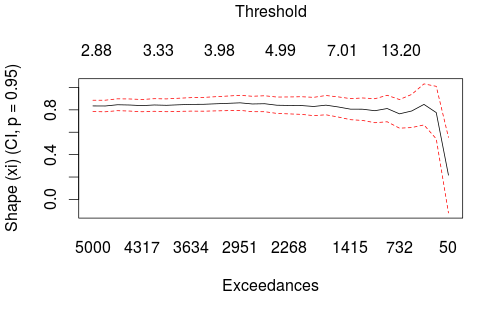 $L = 5$ looks like a suitable choice, since the value of $\xi$ is somehow stable and the $95\%$ confidence intervals are narrow. 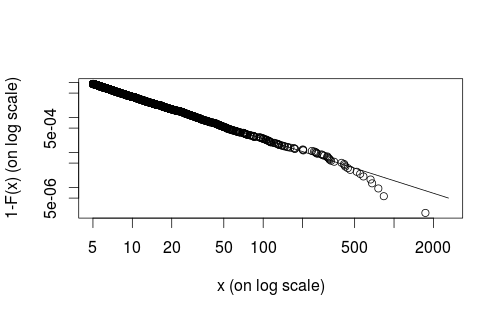 However, the inter-arrival times between exceedances are very far from being exponentially distributed. See figure below, where the concave departure indicates a Pareto behavior. 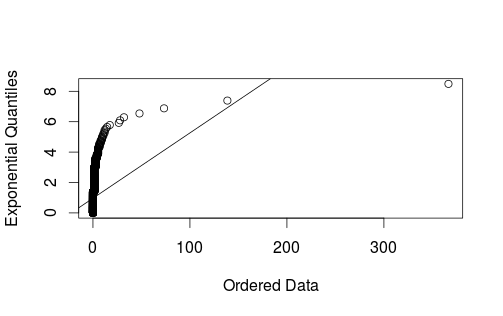 Such a behavior is confirmed by the empirical cumulative distribution function (ECDF) and from the fact that all the moments are infinite. I can safely conclude that the exceedances' occurrences are not governed by a homogenoeus Poisson process, since their inter-arrival times are Pareto distributed.

Moreover, when I look at the ACF plot of the inter-arrival times, I see lag-1 to lag-5 dependences. See figure below. 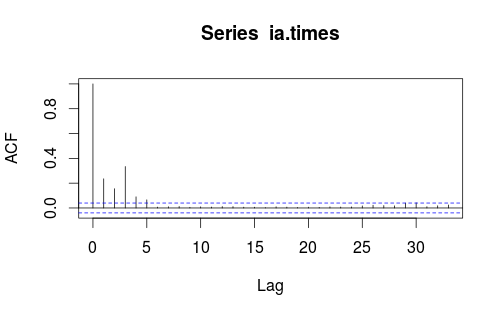 Indeed, if I look at the point process exceedances I see a sort of clustering of extreme events. See figure below. 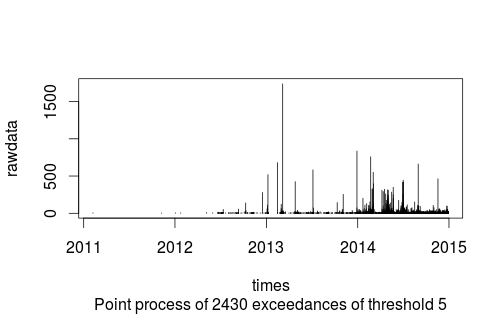 Such a behavior does not make sense, I'm not analyzing earthquakes or similar extreme events that tend to cluster. I was expecting anything but extreme events clustering.

Am I missing something? Any ideas?

However, how can I model that kind of inter-arrival times (autocorrelated and Pareto-distributed with infinite moments)?