I'm trying to understand the differences between GBM & Adaboost.

These are what I've understood so far:

But still it is difficult for me to grab an idea of differences between them. Can someone give me intuitive explanations?

I found this introduction which provides some intuitive explanations:

An intuitive explanation of AdaBoost algorithn

AdaBoost on a toy example

Consider the toy data set on which I have applied AdaBoost with the following settings: Number of iterations $M = 10$, weak classifier = Decision Tree of depth 1 with 2 leaf nodes. The boundary between red and blue data points is clearly non linear, yet the algorithm does pretty well. 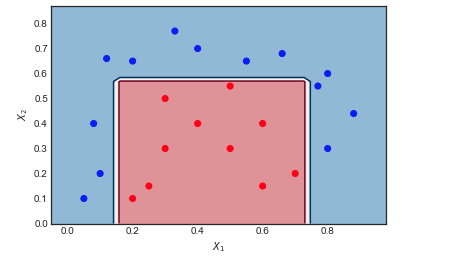 Visualizing the sequence of weak learners and the sample weights

The first 6 weak learners $m = 1,2,...,6$ are shown below. The scatter points are scaled according to their respective sample weight at each iteration 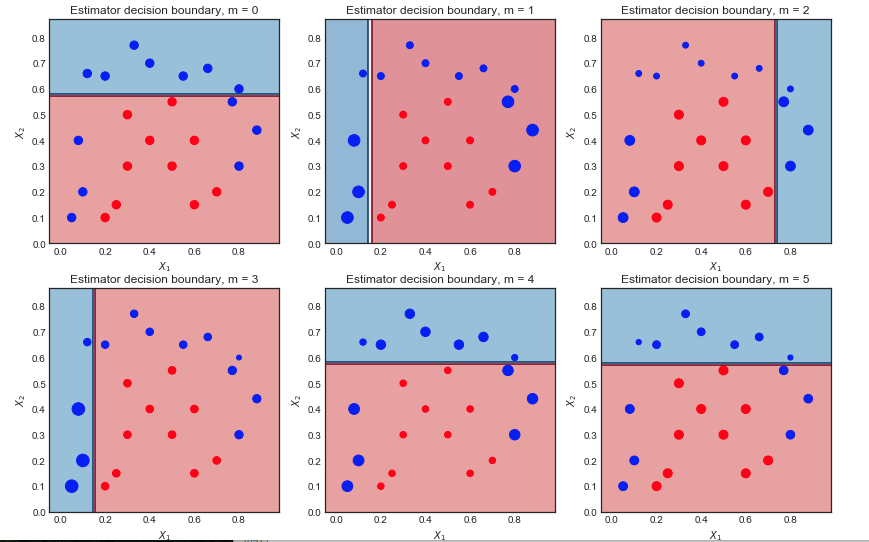 All classifiers have a linear decision boundary, at different positions. The resulting coefficients of the first 6 iterations $\alpha_m$ are :

As expected, the first iteration has largest coefficient as it is the one with the fewest misclassifications.

An intuitive explanation of gradient boosting - to be completed