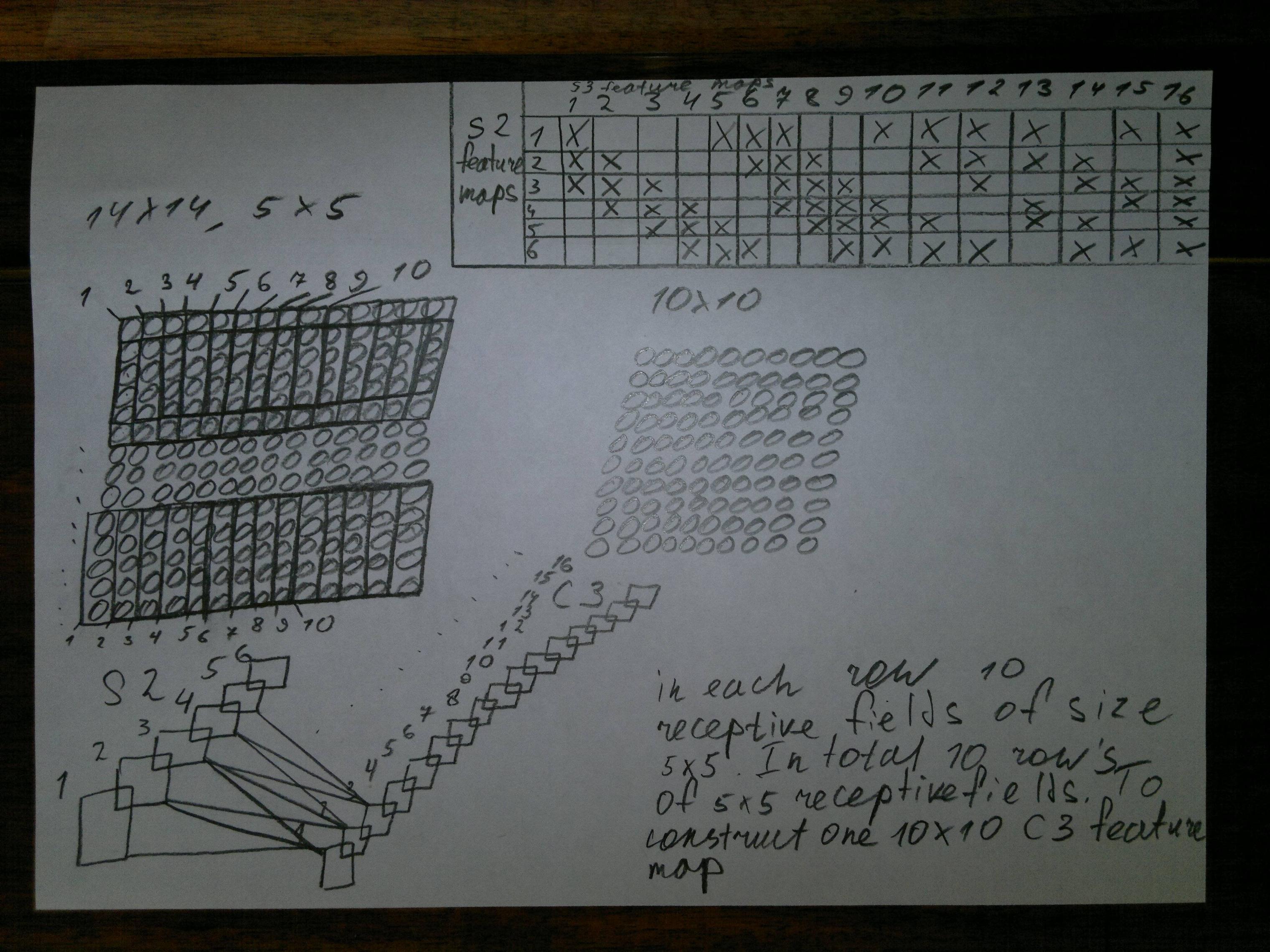 In total we will have 3 receptive fields of 5*5 size, finally it will give us a 3 neurons and 3 pixels which is ain't enough to build one 10*10 feature map. Could you please say how exactly should a C3 layer feature maps must be constructed? Thank you!

Also, a non-linearity and a pooling operation are usually applied to each $C^k$ before computing the next layer.

Not the answer you're looking for? Browse other questions tagged conv-neural-network or ask your own question.