Suppose we have a historical (panel/longitudinal) dataset on the number of buildings in each sub-region (this is a made-up dataset to explain the concept): 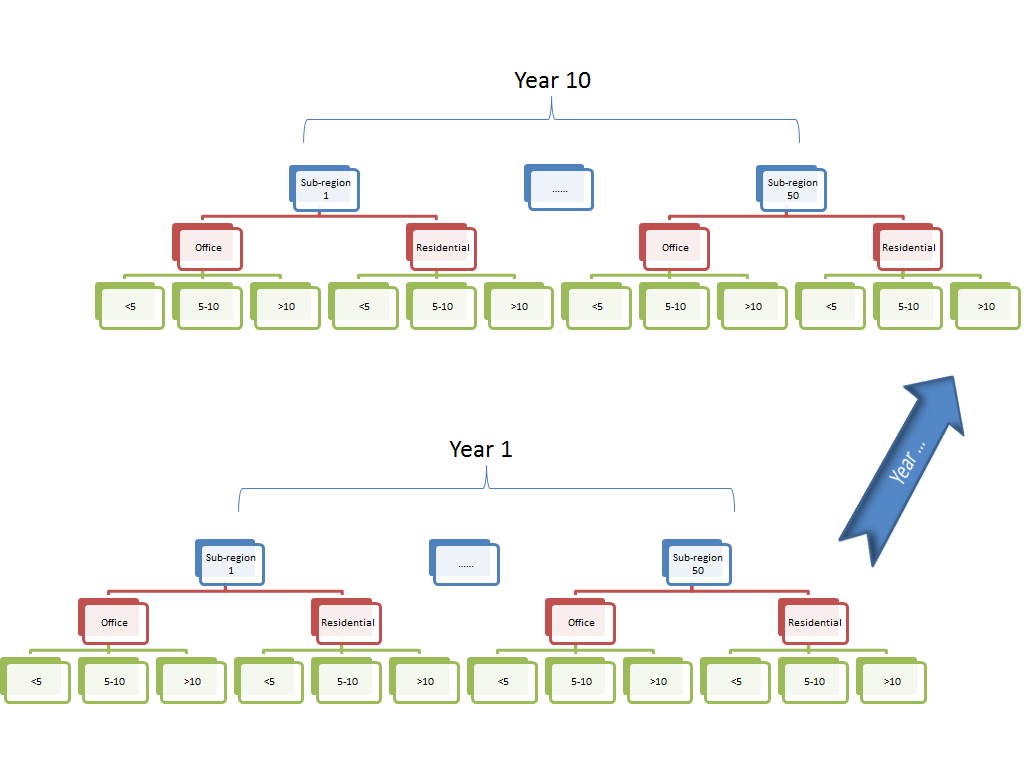 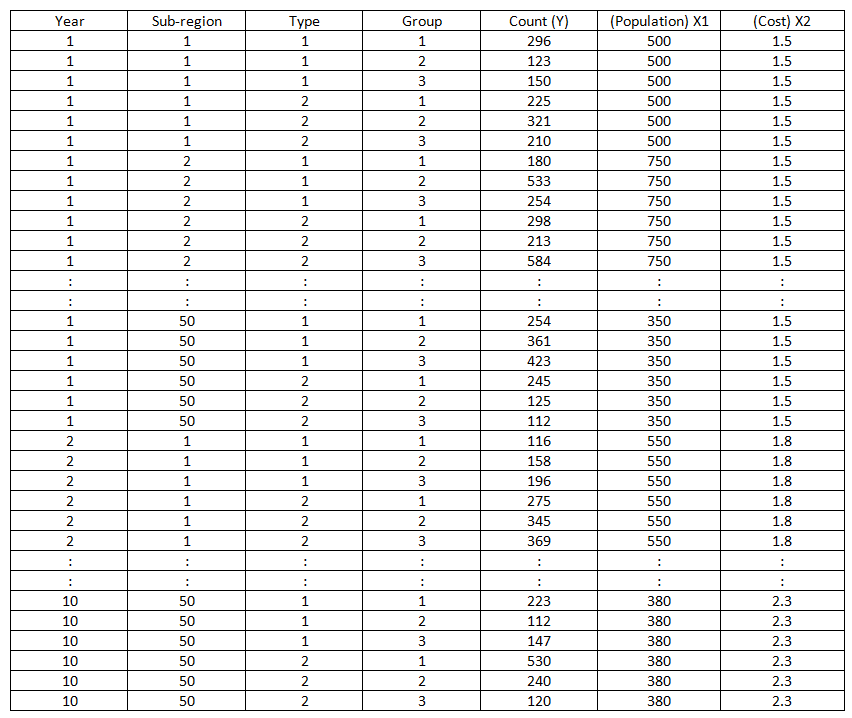 The idea is to develop a regression model (Y= a + b1*X1 + b2*X2) while taking into account the hierarchical (multilevel) nature of the data.

In multilevel models (the classic example of students within classes within schools within districts), each level is defined by a unique set of observations. For instance, classes’ IDs and attributes vary from one school to another. However, in my example each sub-region has the same number and IDs of building types –same thing for groups within types.

My first question is: can I treat this data as multilevel data and accordingly develop a multilevel model with three levels (sub-region, type, and group) while considering the longitudinal nature of the data by adding a random effect (intercept and slope) for years? For instance, in R using nlme, develop a model:

The second question is related to applying this model: suppose we want to estimate / forecast the number of buildings in group 3 of type 1 for sub-region 2 then the model formula should be:

What are the other alternatives? Can I model each type / group (6 different models, estimated separately), each as a multilevel model where data is clustered within sub-regions and the longitudinal nature of the data is considered (especially in this case where the independent variables do not vary across the type / groups (the case when SUR is the same as OLS))?

Browse other questions tagged r regression panel-data multilevel-analysis or ask your own question.

5
Time varying predictors at higher aggregation levels in multilevel survival analysis
2
What are the criteria to be a random factor in a multilevel model?
2
Interpreting multilevel meta analysis coefficients and modelling the sigmoidal association
7
Gelman & Hill's 'no', 'complete' and 'partial' pooling in the context of longitudinal data
0
Clustering Standard Errors for Panel Data with multiple groupings