How to highlight a confounding variable?

Suppose we study the effect of random variable $X$ on $Y$ and we suspect a third variable $C$ to be a confounder.

Is there a sound way to highlight this suspicion ?

Also, can I prove anything without a causal study ?

I'm going to assume that $X$ is marginally dependent on $Y$, and $C$ is marginally dependent on both $X$ and $Y$. Furthermore, I'm going to assume that though $X$ may or may not affect $Y$, there's no situation in which $Y$ causes $X$. Given these dependences and the Causal Markov Assumption, there are only eight Directed Acyclic Graphs (DAGs) that can describe the causal relationships between these variables, and they fall into only four Markov equivalence classes. Let's talk about the patterns of correlation and partial correlation* you would see in these eight possibilities (shown below).

[*] You mentioned correlation in the question, so I'll assume the data are multivariate Gaussian, and just talk about correlation rather than dependence in general. 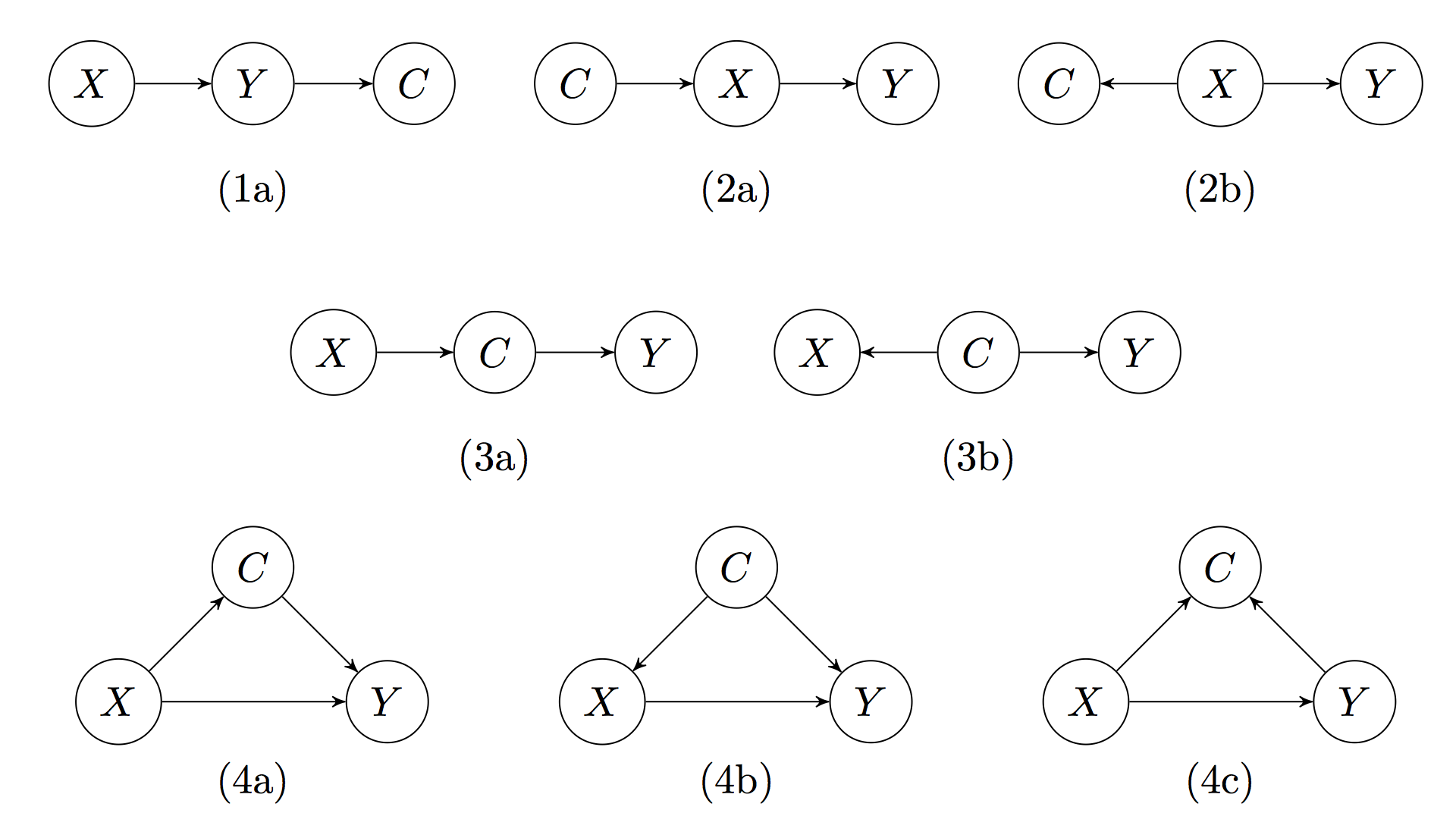 In the first two equivalence classes (graphs 1a, 2a and 2b), you would see that $\rho_{XY} = \rho_{XY.C}$, that is, conditioning on $C$ does not change the strength of the correlation between $X$ and $Y$. $C$ is not a confounder in any of these cases.

The upshot is: you need more than correlations to decide whether $C$ is a confounder or not. The options are:

Not the answer you're looking for? Browse other questions tagged interaction confounding or ask your own question.

6
Testing for confounding
1
Identifying a confounder
5
Testing mediation and moderation; can one variable function as both mediator and moderator?
2
What assumptions are necessary to establish that a variable is confounding?
1
How to test if a variable is a confounder in a repeated-measures design?
0
Effect Modification, Confounding, and Correlation