I have to compare two bimodal distributions. So far, I have found the Bimodality Coefficient:

with $\mu_{3}$ referring to the skewness of the distribution and $\mu_{4}$ referring to its excess kurtosis, with both moments being corrected for sample bias using the sample size $n$.

In very limited circumstances - within particular families perhaps - it may provide some sort of value. 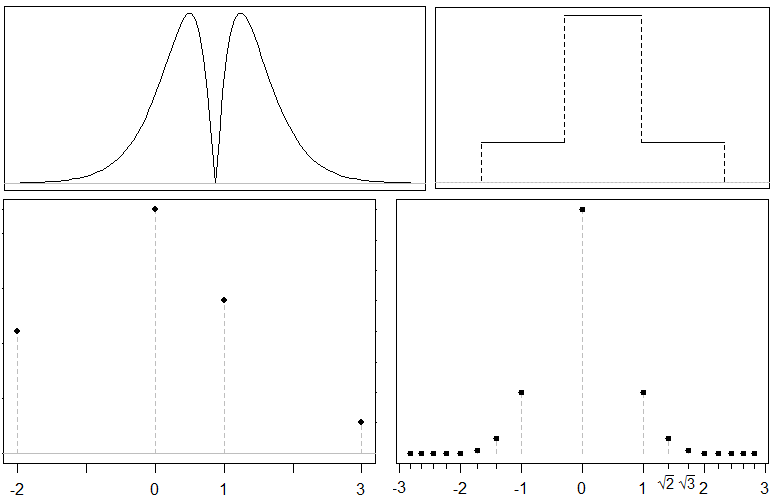 They all have the same "bimodality coefficient" as the normal distribution, including that bimodal one!

Not the answer you're looking for? Browse other questions tagged distributions skewness similarities kurtosis bimodal or ask your own question.

11
Approximating $Pr[n \leq X \leq m]$ for a discrete distribution
6
Skewness of a mixture density
3
Incorrect Kurtosis, Skewness and coefficient Bimodality values?
10
Constructing a continuous distribution to match $m$ moments
24
Interpretation of Hartigans' dip test
5
Testing for normality in non-normal distributions with zero skewness and zero excess kurtosis
19
Should we teach kurtosis in an applied statistics course? If so, how?
3
Is the sampling distribution for skewness and kurtosis normal?
1
Is there such a thing as a trimmed skewness estimator?