Why is a binomial distribution bell-shaped?

I would expect there to be only be values between zero and one (with 0 => failure and 1 => success), but instead the values go up much higher. For example, if I search for "binomial distribution graph", this is the first image result I receive.

However, this is clearly an average height of a man, not adding the heights of many men together.

Perhaps the most confusing part is why the binomial distribution is close to normal, but not actually normal. 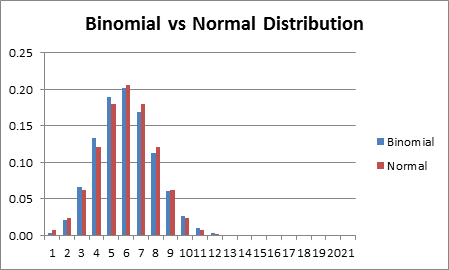 Which you use depends on what thing you're interested in modelling.

However, this is clearly an average height on a man

That's not correct. That histogram summarizes individual heights, not averages of heights. Also heights are not actually normally distributed. For some purposes it's not too bad an approximation, but the distribution of heights is (plainly) not actually normal. There's zero chance of a negative height, for one thing, but normal distributions all have non-zero chance of a negative value (though the probability of it may possibly be extremely small in some situations).

Perhaps the most confusing part is why the binomial distribution is close to normal, but not actually normal.

We can often see that it has what looks like a bell shape for some moderate-sized, $n$, that only happens for sure as $n$ grows large enough (though if $p$ is middling, what counts as 'large enough' to look bell-shaped may be pretty small). For small $n$ it's often not very bell shaped, it's just a few spikes (e.g. I wouldn't call $n=2$ bell shaped for any $p$). 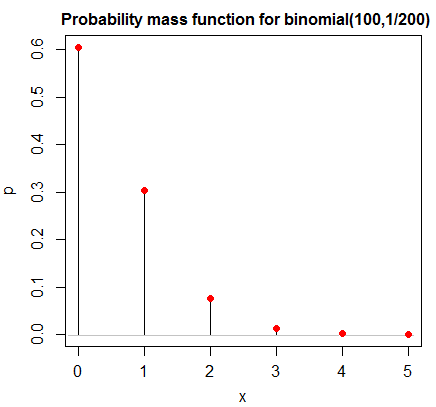 but it will start to look more bell shaped eventually as $n$ increases.

(In the limit as $n$ goes to infinity, the central limit theorem tells us that the cdf of a standardized binomial variate will converge to the standard normal cdf.)

As for why that happens at some more-or-less moderate sample size, it's because it's the sum of many independent parts (the individual trials); convolutions of densities (or pmfs in the case of discrete variables) become more bell shaped (under certain conditions, all of which will be satisfied with independent Bernoulli trials) as you add more into the mix.

Consider adding two (independent) such 0-1 variables. The probability that they're both 1 (giving a total of 2) is $p^2$ and that they're both 0 is $(1-p)^2$, but the probability that one is 0 and the other is 1 is $2p(1-p)$ (these all come via elementary probability considerations). If $p$ is between 1/3 and 2/3, that probability will exceed the two end points (that is, extreme sums are harder to get than ones in the middle, because middling results can occur in many more ways), and as you add more terms, the extremes become rarer and the center gets that characteristic "bump".

Not the answer you're looking for? Browse other questions tagged normal-distribution binomial bernoulli-distribution poisson-binomial or ask your own question.