I am newbie to statistics field. I find it is quite hard to understand this few tests even though they are common tools for testing hypothesis.

As i am referring this paper actually "should we always choose a nonparametric test when comparing two apparently nonnormal distribution?" by Skovlund and Fenstad.

This paper is to discuss which tools is the most appropriate to be use in different condition.(such as equality of variance or equal sample size).

Therefore, can i state that three of them is to test the equality of mean?

You are indeed correct that they are testing for the equality of the mean.

But you might be more interested in what makes them different from one another and what criteria should be meant to select which test. The tests can be ranked in generality. (Most general to least general)

The Mann Whitney test is the most general with the fewest assumptions, it is a nonparametric test, meaning that we do not need any distributional assumptions about the probability distribution that the data comes from.

The Student t-test adds yet another assumption, that the variance should be equal in the two groups.

But what do these assumptions imply? What effect does this have on our analysis?

The following is a small example from a built in dataset in R called mtcars. It has data about different types of cars and variables measured from these cars. If you use R you can use the summary command to get info about the data set

We can plot the data to get some intuition about the answer: 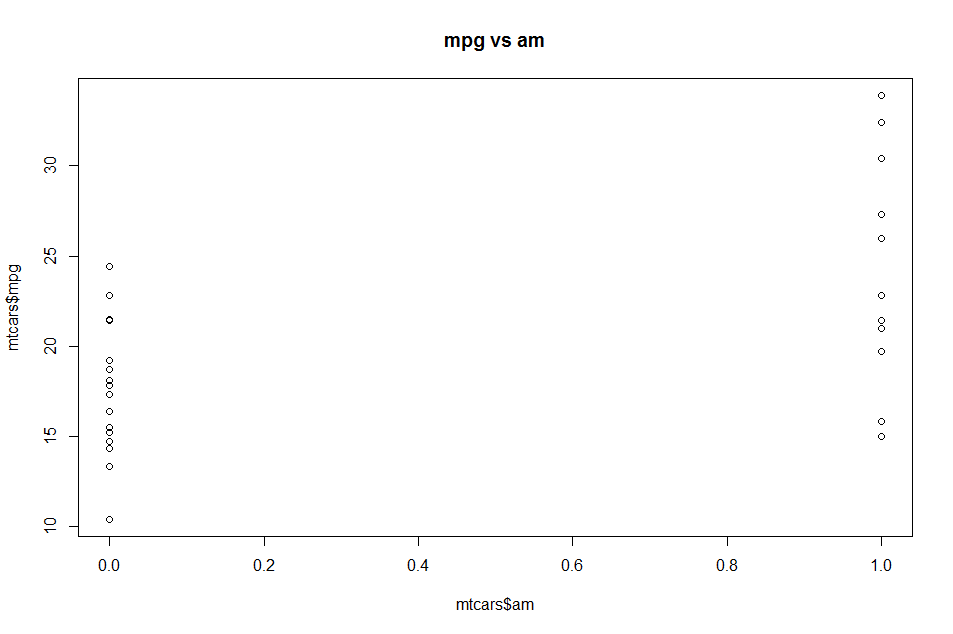 We can see that the mileage of the automatic cars seems to be higher, but we would like to do a statistical test to conform this.

Starting with the Student t-test we get:

And the Welch test:

And finally the Mann Whitney test:

The $p$ values are increasing for these tests, i.e.

So when you relax on your assumptions you become less certain of the outcome in some sense. If your $\alpha$ value of the test would be 0.1\% (Which is rarely used except when doing multiple testing/comparisons or maybe in pharmaceutical experiments), then you would reject the null hypothesis using the t-test but not with the other tests.

Not the answer you're looking for? Browse other questions tagged t-test wilcoxon-mann-whitney-test nonparametric or ask your own question.

3
Student's t vs Mann-Whitney U
4
Question re permutation tests for a relatively complex data set
2
Mann-Whitney test
117
How to choose between t-test or non-parametric test e.g. Wilcoxon in small samples
0
is mann whitney an alternative to t-test?
0
wilcoxon mann whitney or t-test?
3
Mann Whitney Test: Clearing Up Confusion