Understanding the results of Bartlett's test of homoscedasticity in ANOVA

I want to conduct one-way ANOVA for this data:

So firstly, I check the boxplot for every factor level:

and see that variance for level II is much higher than for I and II, so I suspect that Bartlett's test will reject the null hypothesis about the equality of variances. 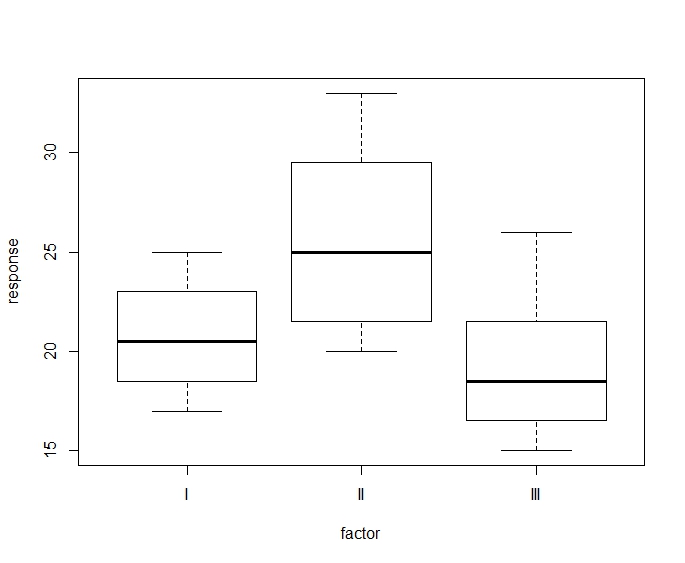 I also check the exact value of these variances and see that the second one is significantly different from the others (22,83):

Then I check the normality of response, it's ok: 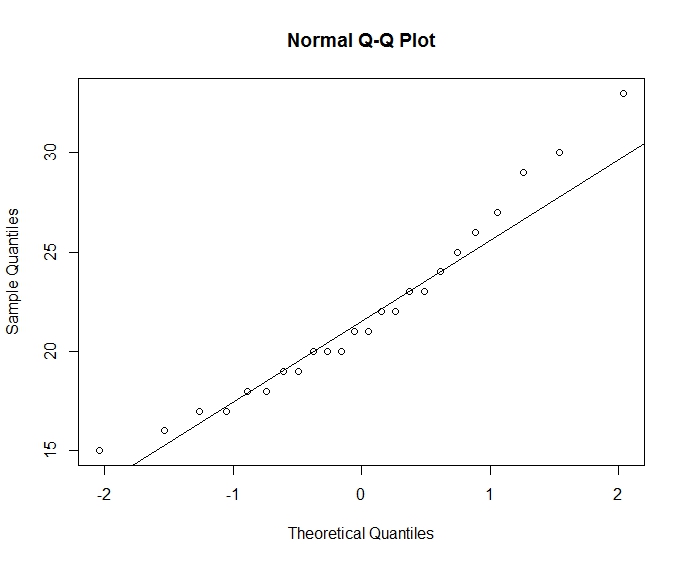 So I finally go to Bartlett's test:

And see that there's no reason to reject null hypothesis. I know of course, that this statement isn't equal to "null hypothesis is true", but I have here significant difference in variances and still this test is passed. Why? And should I assume that there is homogeneity of variances and go on with ANOVA? Thanks for taking your time :)

In your case, you do a variance calculated from eight points in each group. Thus, the degree of uncertainty is high on the actual value of the variances in each group which leads the Bartlett test to not reject the null hypothesis.

If you had 800 points in each group, the result would be probably different for the same variance values you computed in each group.

Not the answer you're looking for? Browse other questions tagged r hypothesis-testing anova variance or ask your own question.

1
Understanding the homoscedasticity assumption
123
How to choose between t-test or non-parametric test e.g. Wilcoxon in small samples
4
What to do with non-normality and heterogeneous variances in two-way ANOVA when transformations do not work?
0
What statistical test for cluster analysis results should I use?
3
Applying a non-normality and non-homoscedasticity penalty to the p-value of a t-test
0
Not rejecting null-hypothesis and inflation of type I error