What does “PDF overlap” mean? “To see whether a probability density function overlaps”

I ran across the following sentence in a journal: "To see whether a probability density function overlaps"

What does this word mean in the statistics literature, "overlaps"?

As I would interpret it, suppose you have to pdfs, $f_X$ and $f_Y$. The overlap would be the shared area under the curve. Mathematically, you could write this as:

To help illustrate this, consider the following plot: 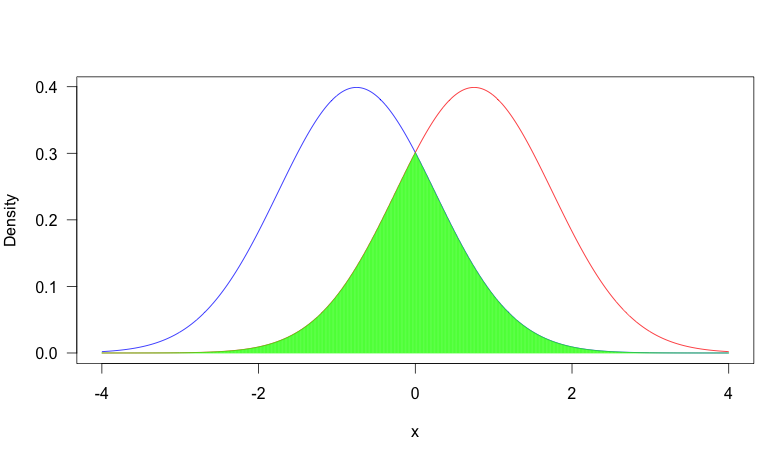 In contrast, consider this scenario where we have two much more distinct pdf's: 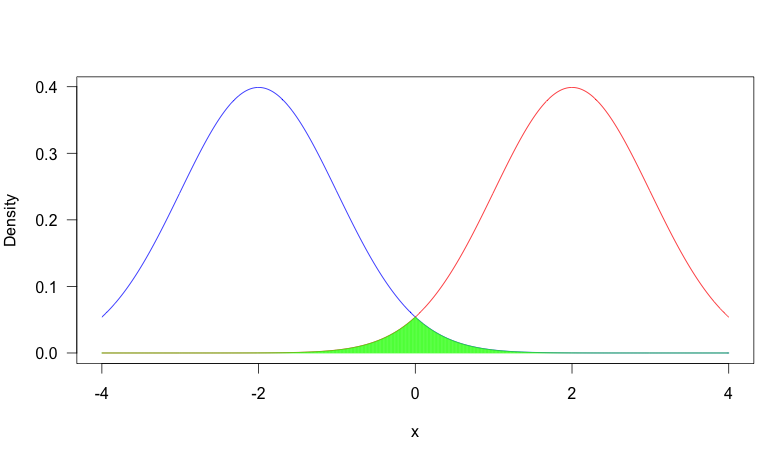 Now there is very little overlap. Why would you care about overlap?

This concept can be very important in problems such as classification (if there is little overlap between the categories, you have can high classification accuracy) or the EM algorithm for mixture models (if there is heavy overlap, the algorithm can be very slow because the probability that an observation came from a certain source is very dependent on the probability of that source, rather than the observed value).

I believe they mean that the random variables have a common support.

Not the answer you're looking for? Browse other questions tagged density-function terminology likelihood or ask your own question.