Testing for difference in bimodality between experimental groups

I conducted an experiment with three treatments (A, B, control), measuring for each subject a response variable that varies between 0 and 1 (a continuous proportion). The resulting distributions of the response variable in all treatment groups appear bimodal, as can be seen in the histograms below. 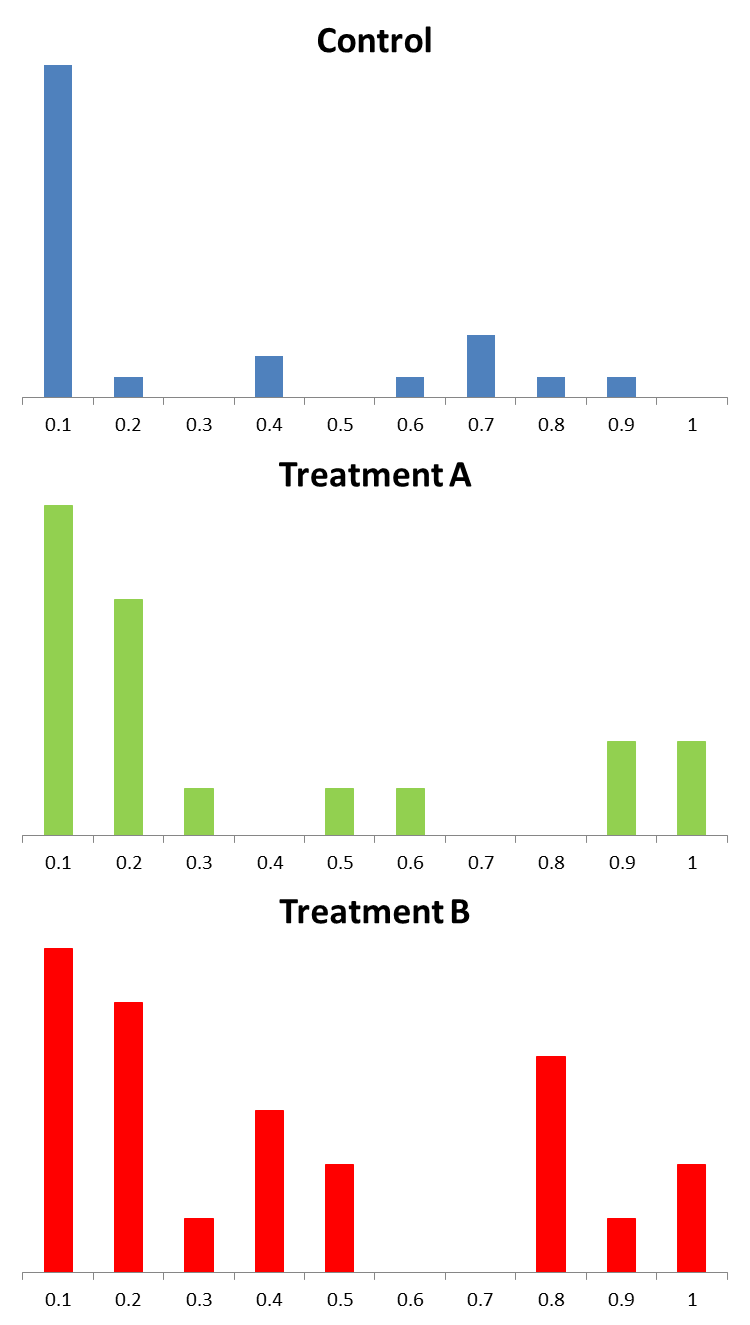 I have a mechanistic hypothesis that treatments A and B should each affect bimodality, compared to the control group, in either or both of two ways: (i) increase the distance between the peaks in the group; (ii) increase the proportion of individuals in the right-side subpopulation (i.e., the one with higher values of the response variables).

Browse other questions tagged hypothesis-testing distributions bimodal or ask your own question.

1
Testing for Unimodality or Bimodality Data Using MATLAB
26
Interpretation of Hartigans' dip test
3
Statistical comparison between binomial distributions, two groups and many trials
3
Quantify Difference/Distance between Lognormal distributions
1
How to test for significance if groups differed at baseline?
2
Can I do a hypothesis test to see if two populations are different if there are known subpopulations within the data?
0
Difficulty splitting bimodal data