Confidence interval from R's prop.test() differs from hand calculation and result from SAS

I'm wondering if anyone has insight into how prop.test() in R calculates its confidence intervals. Although it doesn't state it explicitly in its documentation, my understanding is that this function uses the normal approximation to the binomial. This assumption is based upon the following:

If prop.test() really does use the normal approximation to the binomial, I would think the CI it calculates would be a Wald-type interval, but, again, the documentation doesn't state this explicitly.

The issue is the result I get is not congruent with what I get by hand, which is the same as what SAS gives. Here's an example:

The Wald-type interval, by hand, is thus

I get the same result in SAS as shown here (upper portion of the output is the approximate CI, the lower is the exact CI based on the binomial): 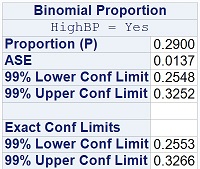 However, when I run prop.test() in R (also without Yates's correction, to be consistent with my hand calculation and SAS), I get something slightly different:

Any thoughts on where this discrepancy is coming from? Doesn't seem attributable to rounding error, nor would I expect an R function to round enough during its calculations so as to affect the third decimal place anyway.

The method is not stated verbosely in the details section of ?prop.test but suitable references are given. Wilson's score method is used, see: Wilson EB (1927). "Probable Inference, the Law of Succession, and Statistical Inference." Journal of the American Statistical Association, 22, 209-212.

This is found by Newcombe (1998) - also referenced on ?prop.test - to have much better coverage than the traditional Wald-type interval. See: Newcombe RG (1998). "Two-Sided Confidence Intervals for the Single Proportion: Comparison of Seven Methods." Statistics in Medicine, 17, 857-872. There it is called method 3 and 4 (without and with continuity correction, respectively).

Thus, you can replicate the confidence interval

Of course, the "exact" binomial (Clopper & Pearson), discussed as method 5 in Newcombe (1998), is also available in binom.test:

Just note. When you do

it does not do the Wilson (score) method. The accepted answer is correct, it does do Wilson (score) for a single proportion, but for two proportions, it will do a standard asymptotic Wald interval. 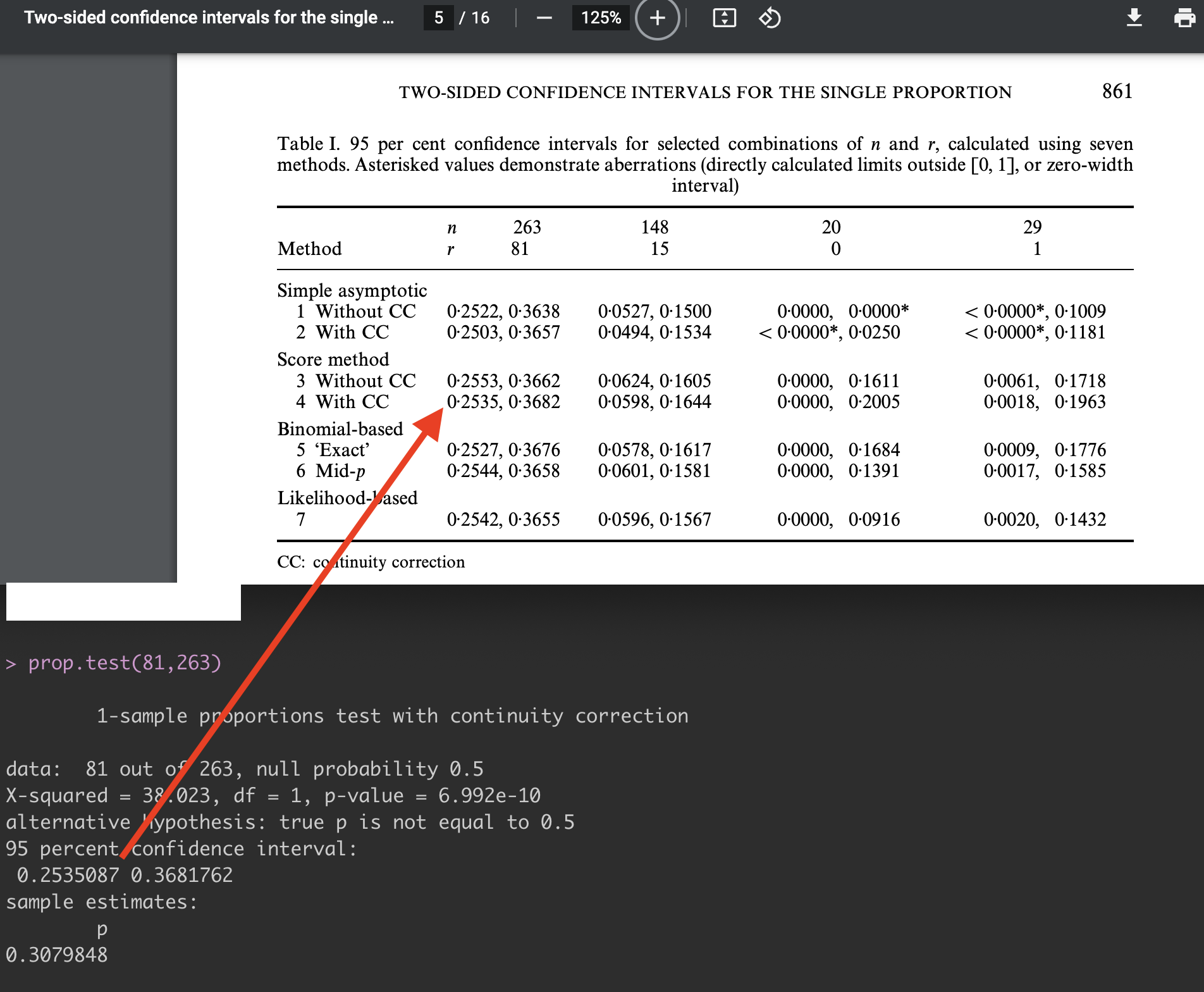 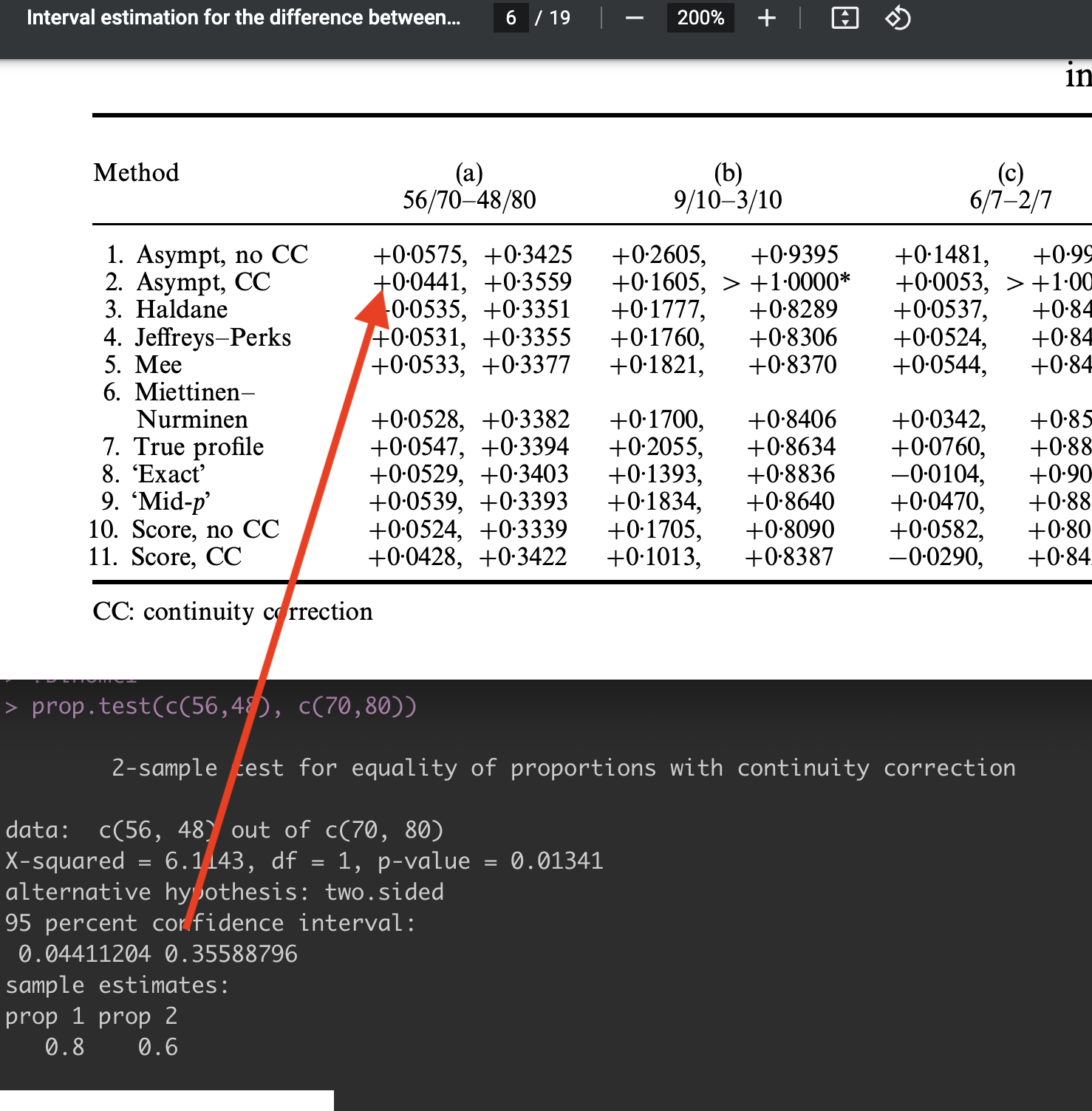 Not the answer you're looking for? Browse other questions tagged r normal-distribution confidence-interval binomial-distribution approximation or ask your own question.

4
Confidence interval and p value from prop.test() in R contradict each other