What does negative R-squared mean?

Let's say I have some data, and then I fit the data with a model (a non-linear regression). Then I calculate the R-squared ($R^2$).

To the people saying that $R^2$ is between 0 and 1, this is not the case. While a negative value for something with the word 'squared' in it might sound like it breaks the rules of maths, it can happen in an $R^2$ model without an intercept. To understand why, we need to look at how $R^2$ is calculated.

This is a bit long - If you want the answer without understanding it, then skip to the end. Otherwise, I've tried to write this in simple words.

For every independent variable $x$, we have the dependent variable $y$. We plot a linear line of best fit, which predicts the value of $y$ for each value of $x$. Let's call the values of $y$ the line predicts $\hat y$. The error between what your line predicts and what the actual $y$ value is can be calculated be subtraction. All these differences are squared and added up, which gives the Residual Sum of Squares $RSS$.

The differences between $\hat y$ (the values of $y$ predicted by the line) and the average value $\bar y$ are squared and added. This is the Explained sum of squares, which equals $\sum (\hat y - \bar y)^2$

$R^2$ is defined as how much of the variance is explained by your model (how good your model is). In equation form, that's $R^2 = 1 - \frac {RSS}{TSS}$. Look familiar? When the line is plotted with an intercept, we can substitute this as $R^2 = \frac {ESS}{TSS}$. Since both the numerator and demoninator are sums of squares, $R^2$ must be positive.

Here's an exaggerated example of when $R^2$ is negative (Source: University of Houston Clear Lake) 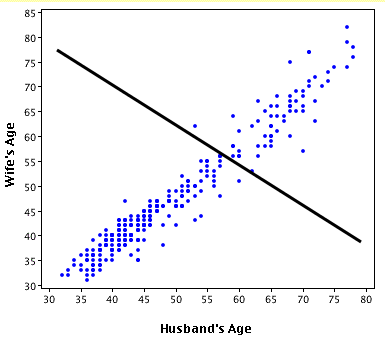 I commend you for making it through that. If you found this helpful, you should also upvote fcop's answer here which I had to refer to, because it's been a while.

Neither answer so far is entirely correct, so I will try to give my understanding of R-Squared. I have given a more detailed explanation of this on my blog post here "What is R-Squared" 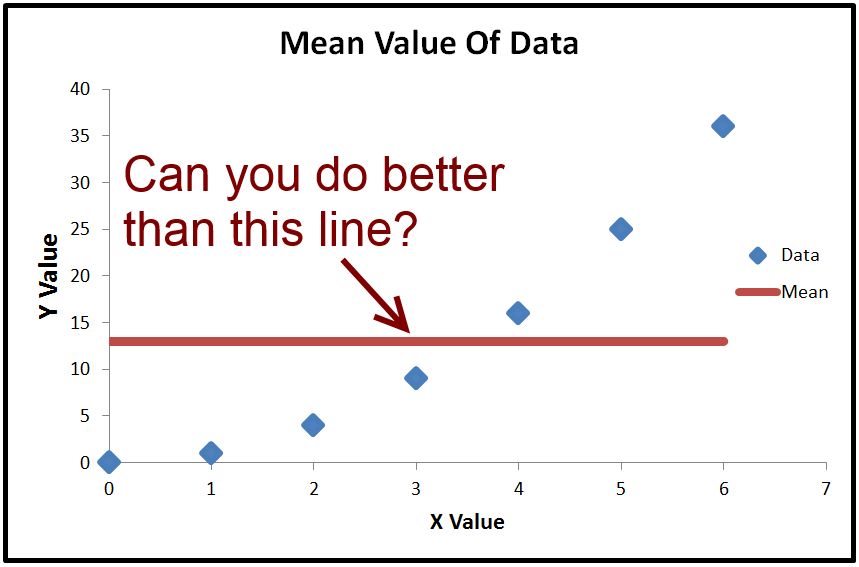 R-Squared is a way of measuring how much better than the mean line you have done based on summed squared error. The equation for R-Squared is

Now SS Regression and SS Total are both sums of squared terms. Both of those are always positive. This means we are taking 1, and subtracting a positive value. So the maximum R-Squared value is positive 1, but the minimum is negative infinity. Yes, that is correct, the range of R-squared is between -infinity and 1, not -1 and 1 and not 0 and 1

What Is Sum Squared Error

Sum squared error is taking the error at every point, squaring it, and adding all the squares. For total error, it uses the horizontal line through the mean, because that gives the lowest sum squared error if you don't have any other information, i.e. can't do a regression. 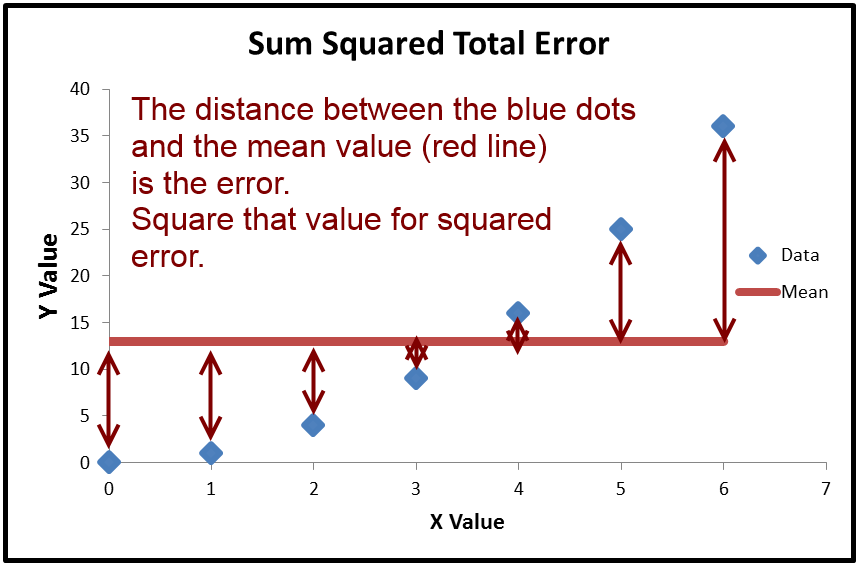 As an equation it is this

Now with regression, our objective is to do better than the mean. For instance this regression line will give a lower sum squared error than using the horizontal line. 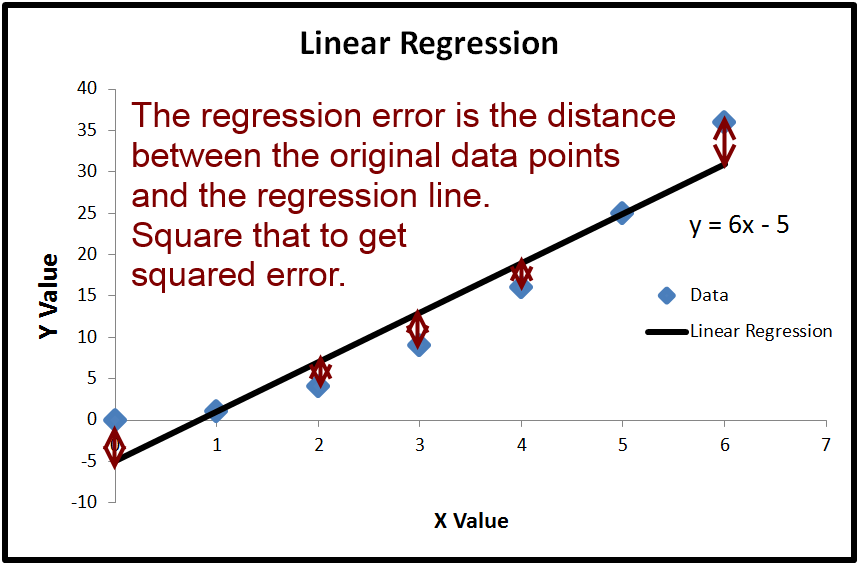 The equation for regression sum squared error is this

Ideally, you would have zero regression error, i.e. your regression line would perfectly match the data. In that case you would get an R-Squared value of 1

All the information above is pretty standard. Now what about negative R-Squared ?

In actual practice, with ordinary least squared regression, the most common time to get a negative R-Squared value is when you force a point that the regression line must go through. This is typically done by setting the intercept, but you can force the regression line through any point. 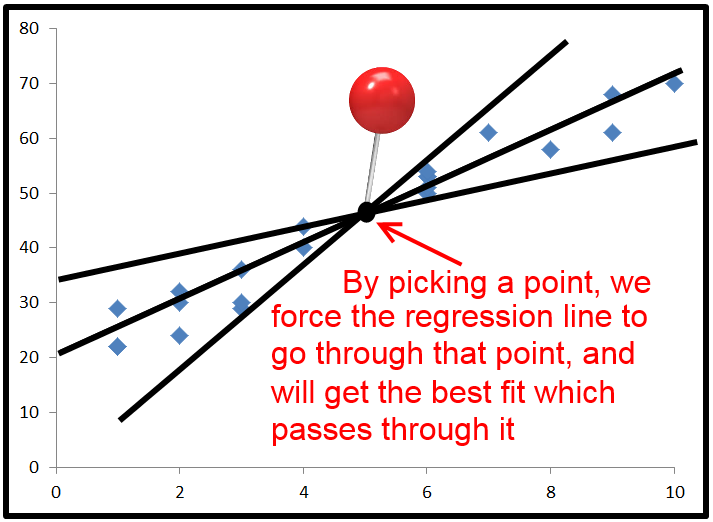 In the image below, both regression lines were forced to have a y intercept of 0. This caused a negative R-squared for the data that is far offset from the origin. 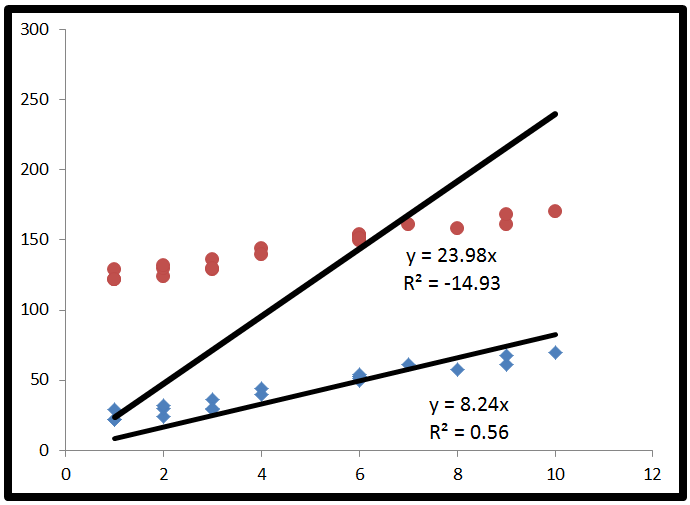 There is one special case no one mentioned, where you can get an undefined R-Squared. That is if your data is completely horizontal, then your total sum squared error is zero. As a result you would have a zero divided by zero in the R-squared equation, which is undefined. 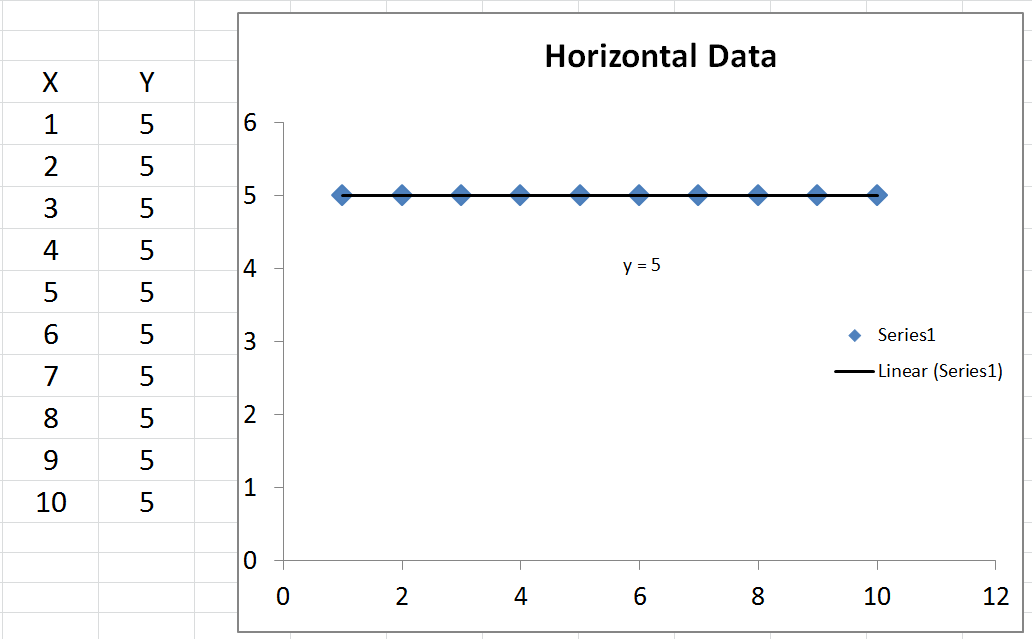 As the previous commenter notes, r^2 is between [0,1], not [-1,+1], so it is impossible to be negative. You cannot square a value and get a negative number. Perhaps you are looking at r, the correlation? It can be between [-1,+1], where zero means there is no relationship between the variables, -1 means there is a perfect negative relationship (as one variable increases, the other decreases), and +1 is a perfect positive relationship (both variables go up or down concordantly).

If indeed you are looking at r^2, then, as the previous commenter describes, you are probably seeing the adjusted r^2, not the actual r^2. Consider what the statistic means: I teach behavioral science statistics, and the easiest way that I've learned to teach my students about the meaning of r^2 is " % variance explained." So if you have r^2=0.5, the model explains 50% of the variation of the dependent (outcome) variable. If you have a negative r^2, it would mean that the model explains a negative % of the outcome variable, which is not an intuitively reasonable suggestion. However, adjusted r^2 takes the sample size (n) and number of predictors (p) into consideration. A formula for calculating it is here. If you have a very low r^2, then it is reasonably easy to get negative values. Granted, a negative adjusted r^2 does not have any more intuitive meaning than regular r^2, but as the previous commenter says, it just means your model is very poor, if not just plain useless.

The question is asking about "a model (a non-linear regression)". In this case there is no bound of how negative R-squared can be.

As long as your SSE term is significantly large, you will get an a negative R-squared. It can be caused by overall bad fit or one extreme bad prediction.

Not the answer you're looking for? Browse other questions tagged regression goodness-of-fit r-squared curve-fitting or ask your own question.

0
Negative R-Square in the test
0
Positive train score and negative test score in sklearn
1
Random forest regressor has a negative score
144
When is R squared negative?
10
How can $R^2$ have two different values for the same regression (without an intercept)
5
Can the coefficient of determination $R^2$ be more than one? What is its upper bound?
5
R squared always higher than 1
1
Regression Analysis - Please explain in laymen terms