I have time-series data of different houses. Assume it is power consumption data. Now, I want to cluster the houses following similar power consumption pattern utmost. So, the various distance metrics I can think of to measure the similarity include:

Hand drawn graphs in support to above points are: 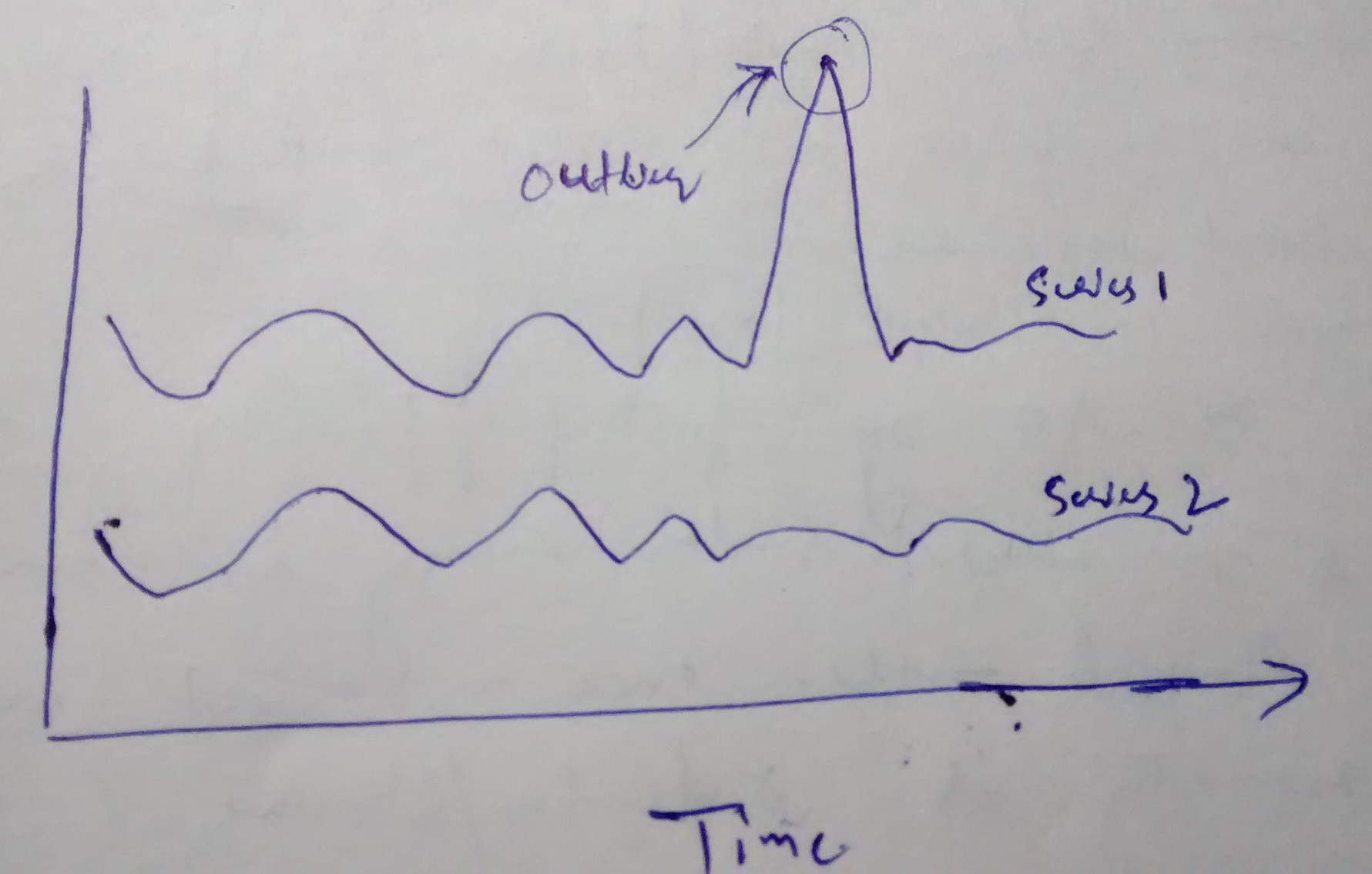 Now my question is:

UPDATE: When we compare two series, I think we look from two perspectives:

I want a similarity metric with respect to perspective number 2. I have summed up both the perspectives in below figure. 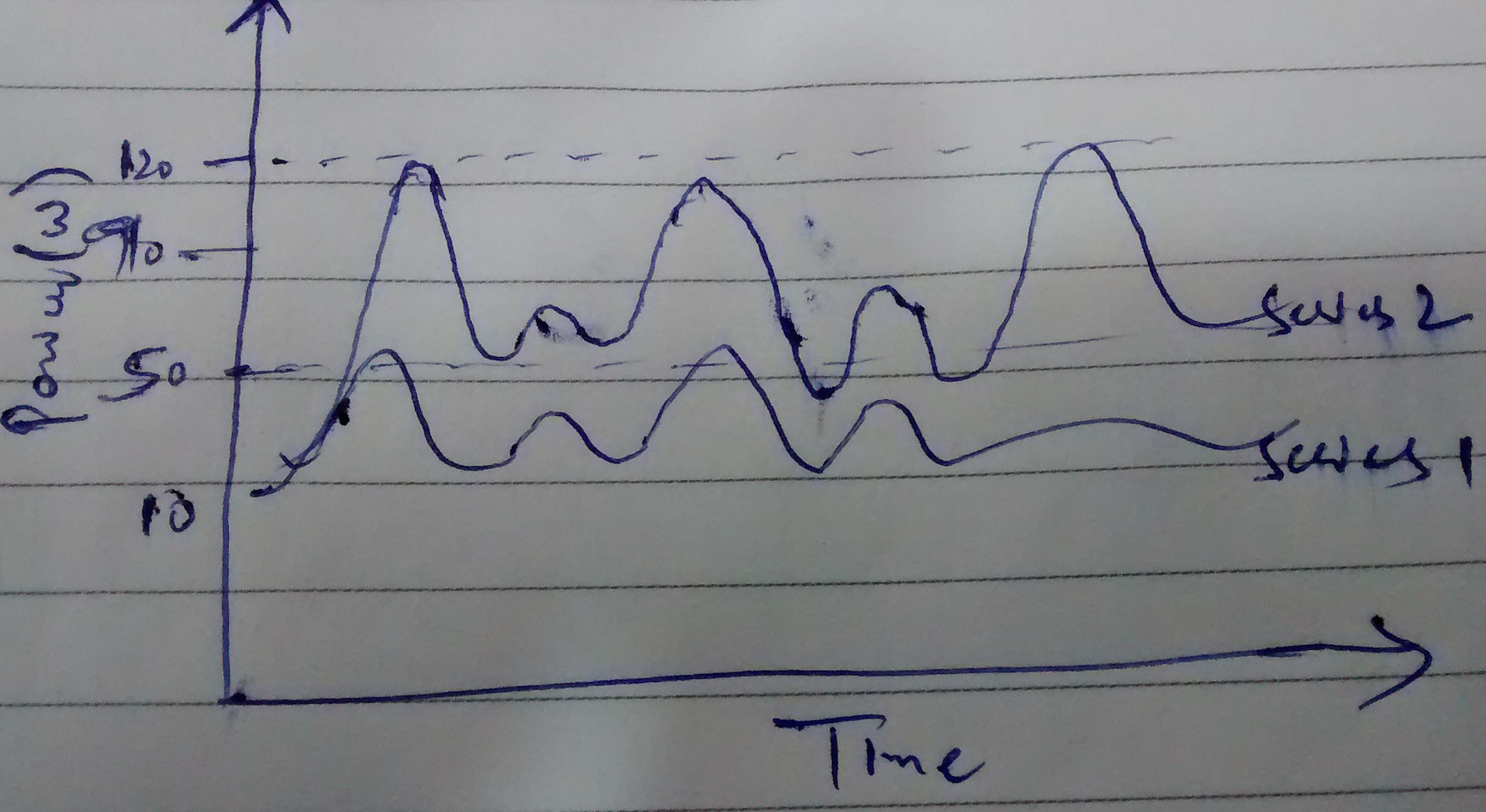 You critic of DTW is met by introducing global constraints to the warping path. This effectively restrains both computational effort (since warping paths which are not allowed do not have to be computed) and prevents pathological warping.

Therefore the answer is: DTW with global constraints

There are several variants of such constraints such as the Sakoe-Chiba band and the Itakura Parallelogram as you can see in the following image. The image originates from a presentation, which is available online in a presentation done by Chotirat Ratanamahatana and Eamonn Keogh. 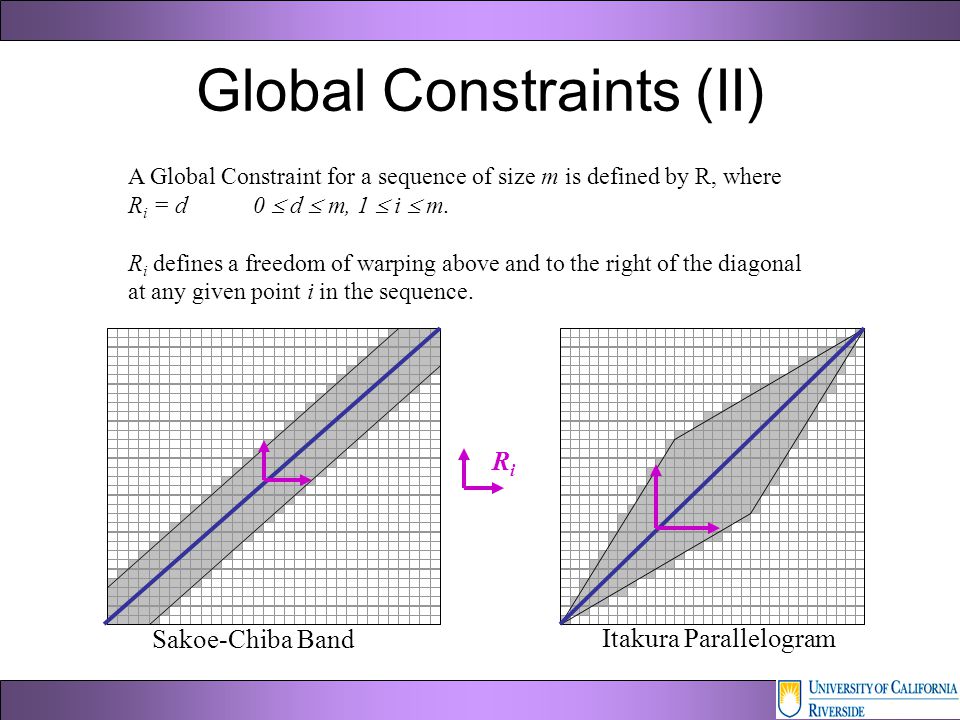 LCSS - Longest Common Subsequence - has been originally developed to analyse string similarity but can also be used for numerical time series.

But compared to an entirely different series, it should still only contribute a little, unless you did not preprocess your data well.

We cannot give you better recommendations, because it is impossible to tell what you want. We don't have your data, and we don't know your problem. In order to figure out how to solve this, you need to formalize your requirements, i.e. what should be similar, what should be different, and what should be more similar than the other. Just complaining that you did not "like" the results of the measures is not enough, you need to be much more precise.

Not the answer you're looking for? Browse other questions tagged time-series clustering similarities smoothing or ask your own question.