Rotation as conceptualization: what would be an intuitive illustration of varimax vs quartimax?

I am trying to find an intuitive illustration -- particular of varimaxand quartimax -- to inform the choice of rotation (in the context of a principal components analysis).

I am aware of the formal definition of the two, and these two formidable answers on the topic.

The way I understand rotation procedures, they are a way to make loadings matrices human-readable, much like concepts in general make the world human-readable. (For example, the concept "friendliness" is a way to make the manifold variations of human behaviours intelligible).

Now I suggest that varimax and quartimax (as well as other rotation procedures) can be understood as alternative logics (?) to formulate such concepts.

I'd like to find a good example to illustrate this rotation-as-concept-formulation.

My first attempt at such an illustrative example is this: 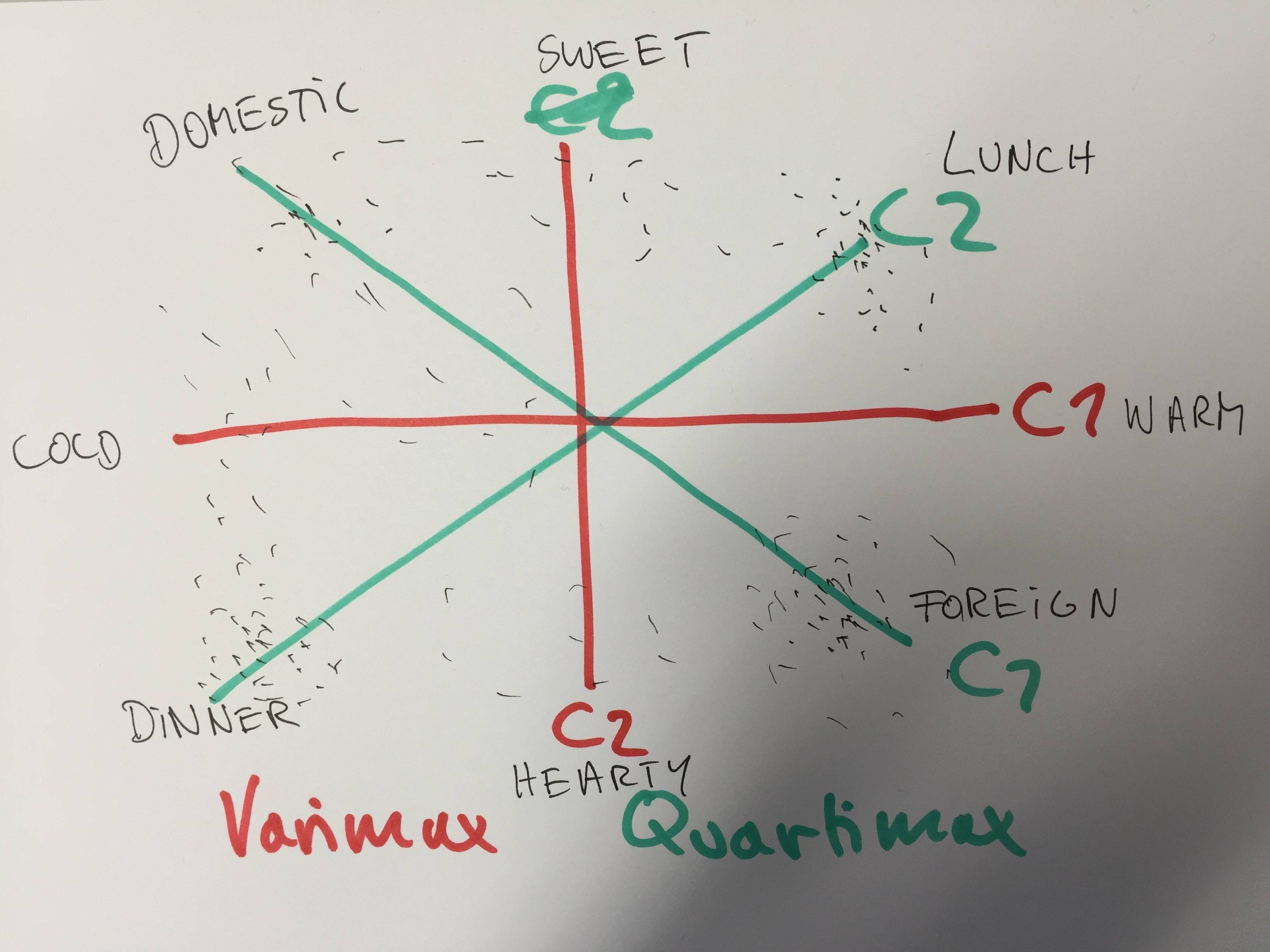 Under varimax-rotation, dishes would then be conceptualized in what might (preliminarily) be called clear-cut, abstract terms: any given dish will likely vary strongly along these dimensions (it's rare to have a dish that you're eating somewhat warm, and that is somewhere in-between sweet and savory). On the other hand, it's not really clear what a savory dish would be, that is not also either hot or cold (there are few dishes on the axes).

Conversely, under quartimax-rotation, dishes would be conceptualized in a more mushy, but authentic way: any given dish may be somewhere along the domestic-foreign continuum (say, a pizza hawaii in Italy), but the extremes of the axes do make sense: there is, conceivable, such a thing as a foreign dish (say, sushi), that is neither lunch nor dinner. The axes, are, in other words, occupied, including at the extremes.

Browse other questions tagged pca factor-analysis factor-rotation or ask your own question.

39
What is the intuitive reason behind doing rotations in Factor Analysis/PCA & how to select appropriate rotation?
12
Factor rotation methods (varimax, oblimin, etc.) - what do the names mean and what do the methods do?