This was one of the question in my test which I was not able to attempt.

Show that for a fixed category, methods (i) and (ii) will yield the same estimate of the least squares regression equation for that category.

If anyone could provide some guidelines on how to solve this, it will be appreciated.

Without loss of generality, assume that there is only two groups such that K=2 and one explanatory variable.

The model is thus $y_i=\alpha+\beta_x*X_i+u_i$ where you create a dummy variable $D$ such that you code the group 1 or group 2.

as compared to the models:

The two models are thus equivalent.

Output from Stata: the dependent is the log of the wage, the explanatory is the number of years of study and stage=1 if the person has made an internship (made up data)

You can make the sums yourself easily. 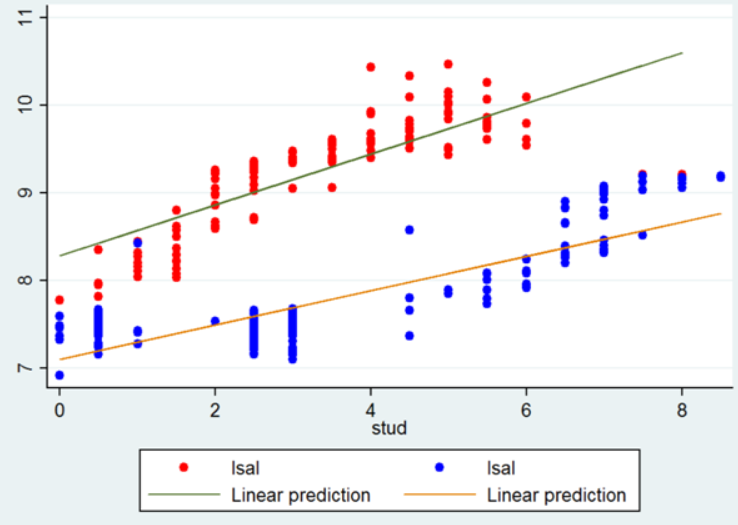 Not the answer you're looking for? Browse other questions tagged multiple-regression categorical-data least-squares descriptive-statistics or ask your own question.

1
Split dataset by categorical variable or use as a dummy/factor variable?