Wilcoxon Signed-Rank Test for one population 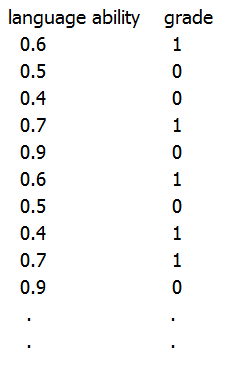 If you're comparing the means of two groups, I don't think it makes sense to use a test for comparing one group to a specified location

You might look at a two group test (like a Mann-Whitney), except that I think the analysis would be better done with the response variable (grade) as the actual response in the model.

With that in mind, this looks to me like it would be best framed as something like a logistic regression problem.

Not the answer you're looking for? Browse other questions tagged wilcoxon-signed-rank or ask your own question.