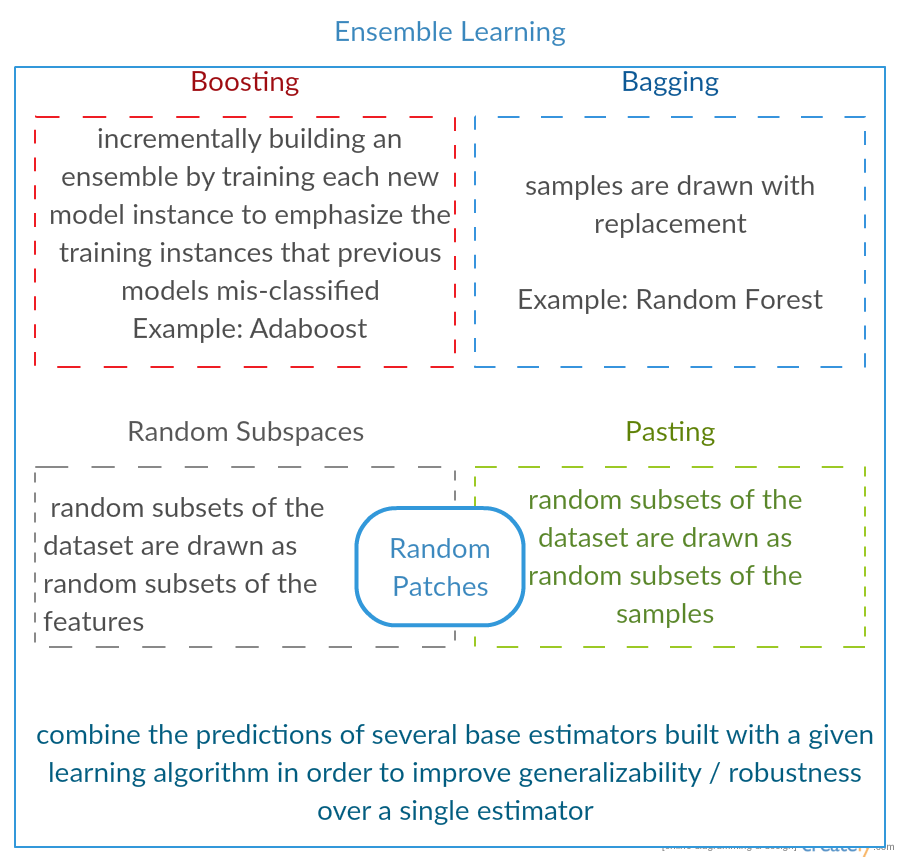 Not the answer you're looking for? Browse other questions tagged machine-learning boosting ensemble bagging model-averaging or ask your own question.

33
Is this the state of art regression methodology?
6
How to combine weak classfiers to get a strong one?
7
Main idea of Bagging
5
Why is tree correlation a problem when working with bagging?
6
Bootstrapping test set?
3
State of the art for bagging/model averaging?
1
Is it ever a good idea to use results of multiple algorithms as features?
1
Multiple classifiers always wrong one the same examples: could it be exploited?

0
Can we boosting or stacking with different input variables for each model in machine learning?
13
Are Random Forest and Boosting parametric or non-parametric?
6
Where must we use Bagging or Boosting?
33
Is this the state of art regression methodology?
2
Combining bagging and stacking, with and without clusters and heteroskedasticity
6
Understanding gradient boosting
17
Boosting AND Bagging Trees (XGBoost, LightGBM)
0
Machine Learning - Bagging