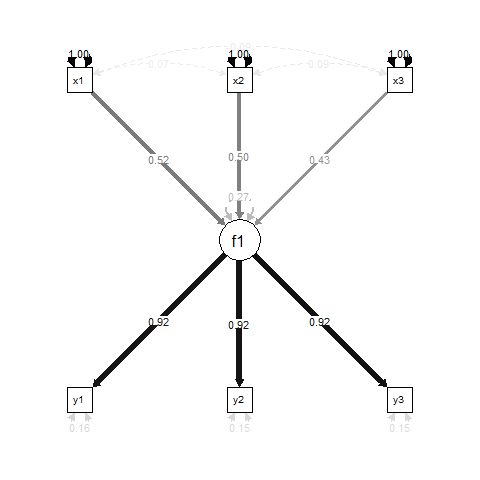 Not the answer you're looking for? Browse other questions tagged structural-equation-modeling latent-variable lavaan or ask your own question.

2
Latent variables in covariance based structural equation modeling
1
Will Structural Equation Modeling be reliable if I have two highly correlated variables and I know that they cannot share the same latent variable?
1
How can one get consistent (i.e. direct+indirect=total) effects in a Meta-Analytic SEM model with latent variables?