I am seeking advice on how to effectively eliminate autocorrelation from a linear mixed model. My experimental design and explanation of fixed and random factors can be found here from an earlier question I asked:

I have treated day as numeric even though I only have four sampling time points (so I could treat it as a categorical predictor as well). Aside: Although four sample points is very few, I don’t think that this is the root of the problem as this same dataset is giving me this residual autocorrelation issues using a different response variable that has 24 time points.

My issue is that I have tried a number of different autocorrelation structures and can’t seem to achieve the random, non-significant residuals needed to confirm a lack of autocorrelation. I am using the function lme in the R package nlme to deal with autocorrelation.

I have tried the various autocorrelation classes with variations to form

With form varying in the following ways with these different autocorrelation classes:

If we look at a model without the time factor "Day" added, the ACF and PACF plots look like this. 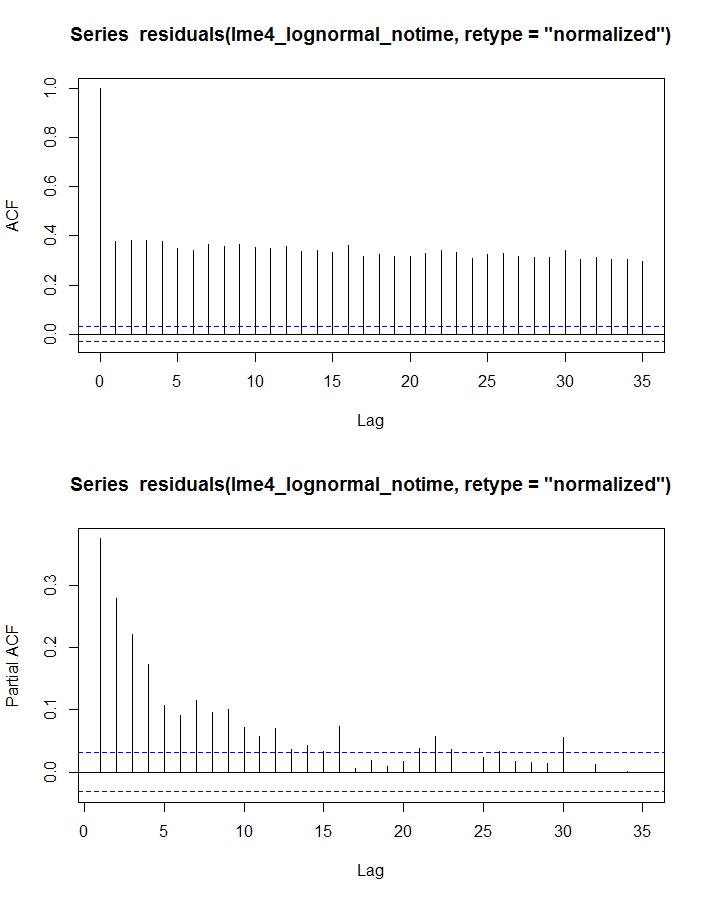 Also, if I look at the residuals of the model without “Day” included, I do not see any strong pattern in the residuals that would make me think there is a temporal autocorrelation problem. 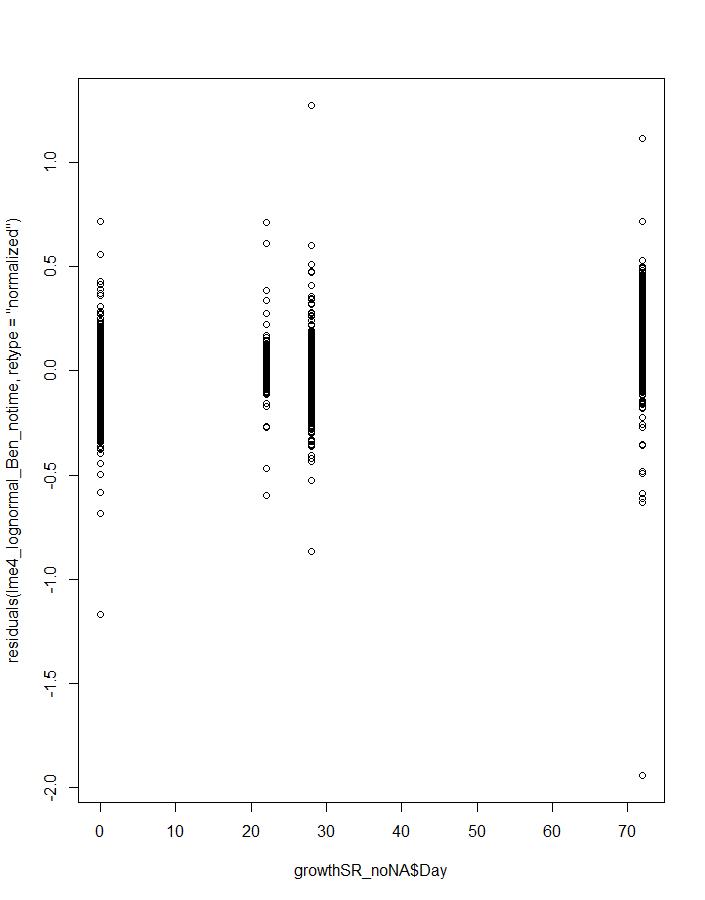 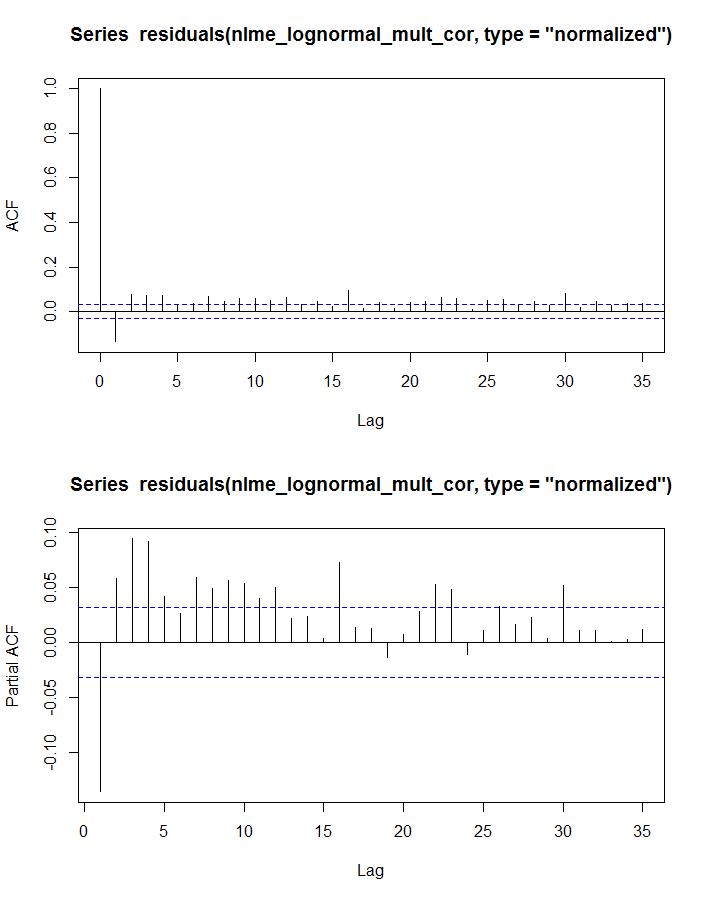 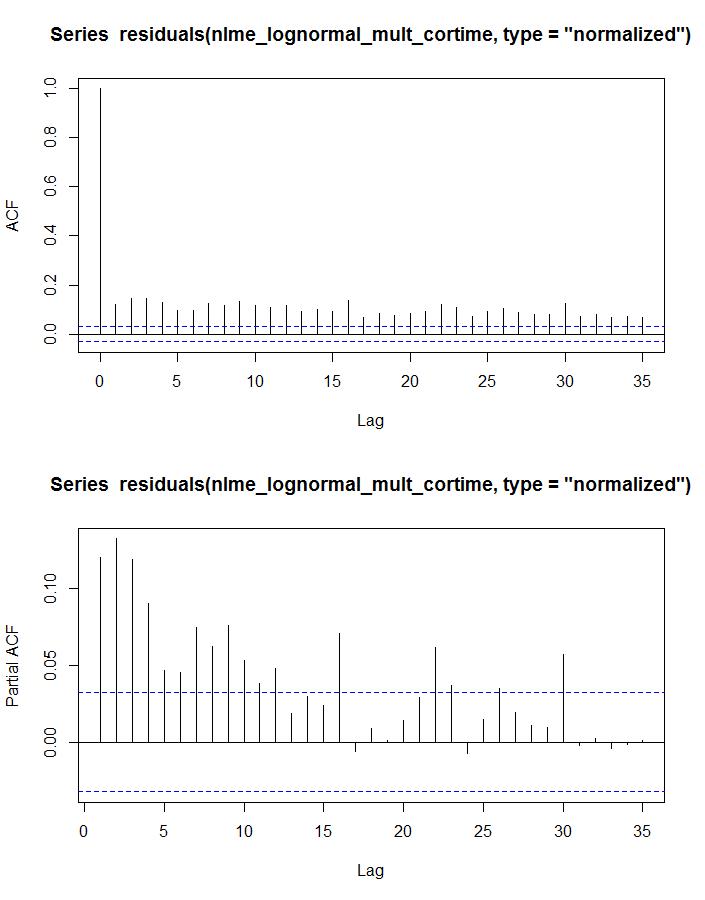 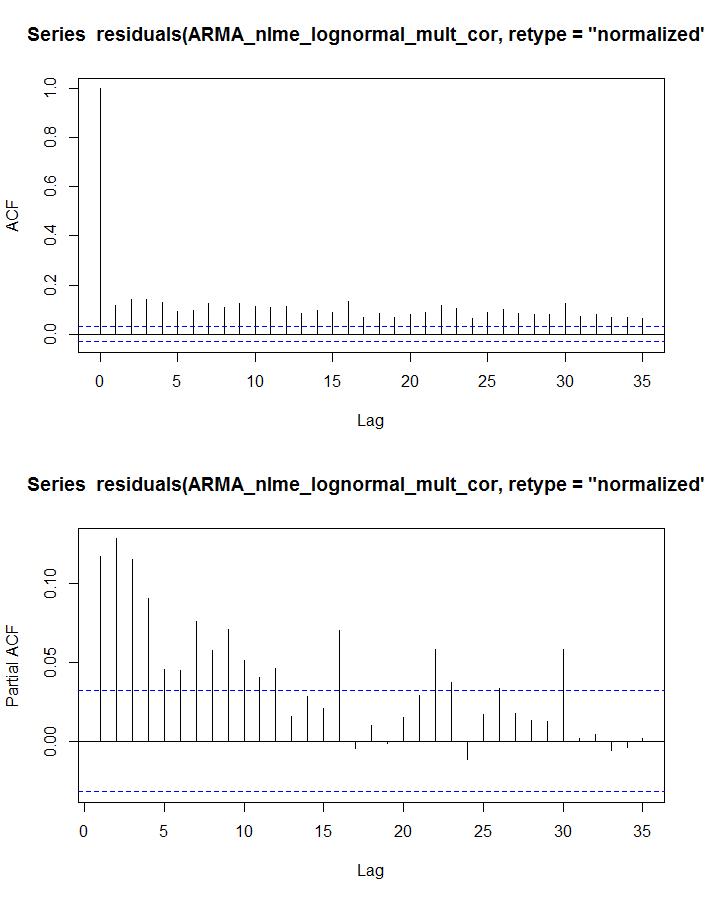 The AIC suggests that the simplest correlation structure is the best.

As I mentioned above, I have tried a number of different cor functions (the four listed above) and different form specifications. They all end up with ACF/PCF plots like the last two models with a first lag at below 0.2 in the ACF plot and a PCF plot with the first three lags around 0.10.

I have also read a number of sites describing how to specify corARMA models based on diagnosing the ACF plots and have tried a number of variations of p and q parameters.

Any advice is appreciated!

Browse other questions tagged r autocorrelation lme4-nlme or ask your own question.