I have dummy coded a categorical regression, and ran OLS to get parameter estimates, along the lines of:

I read somewhere the following formulae for joint hypothesis testing:

where $\Sigma$ is the covariance of the parameter estimates, $n$ the number of hypotheses (2 in this case?), and dfe is perhaps the number of rows in $y$ minus 2.

I am not good at algebra, and wondered,

The $\beta_1=\beta_2=0$ hypothesis can be tested with an F-test using the nested models approach.

2) Fit both models to the data

For more details, look at this pdf 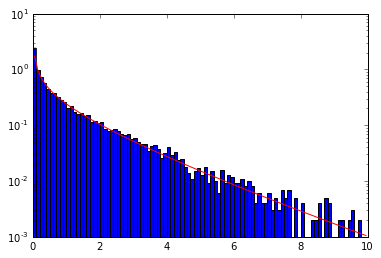 In the special case where you have an orthogonal design $(X'X) = I$, you can square the t-statistics from standard regression output and sum them up to get an F statistic. Otherwise, this is difficult enough to not want to do by hand.

If you are using R, you can use vcov to get the variance-covariance matrix for a model and calculate F manually; but then, you could just use anova to test nested models as Adrien Renaud suggested, or linearHypothesis in the car package to construct the F-test as you found it in a text.

Not the answer you're looking for? Browse other questions tagged anova linear-model covariance-matrix or ask your own question.