I have two time series, shown in the plot below: 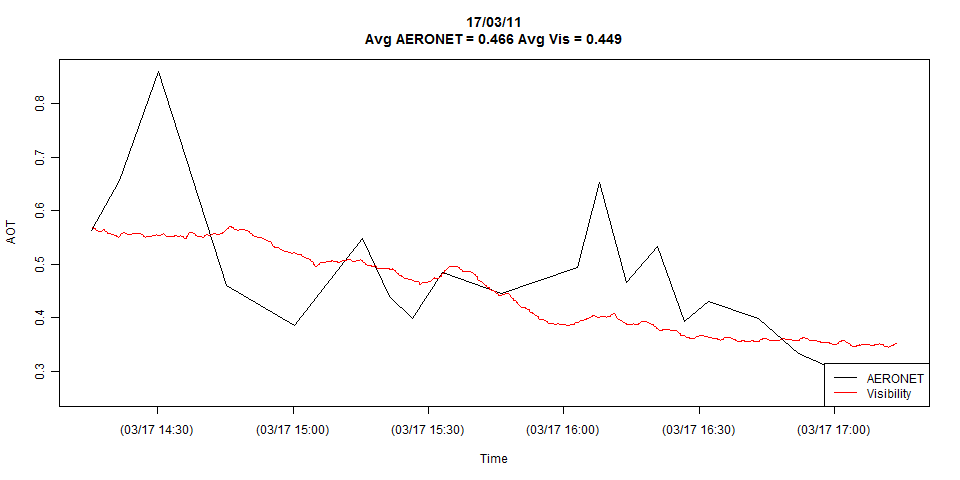 The plot is showing the full detail of both time series, but I can easily reduce it to just the coincident observations if needed.

My question is: What statistical methods can I use to assess the differences between the time series?

I know this is a fairly broad and vague question, but I can't seem to find much introductory material on this anywhere. As I can see it, there are two distinct things to assess:

1. Are the values the same?

2. Are the trends the same?

What sort of statistical tests would you suggest looking at to assess these questions? For question 1 I can obviously assess the means of the different datasets and look for significant differences in distributions, but is there a way of doing this that takes into account the time-series nature of the data?

I'm doing all of this in R, so if tests you suggest have a R package then please let me know.

As others have stated, you need to have a common frequency of measurement (i.e. the time between observations). With that in place I would identify a common model that would reasonably describe each series separately. This might be an ARIMA model or a multiply-trended Regression Model with possible Level Shifts or a composite model integrating both memory (ARIMA) and dummy variables. This common model could be estimated globally and separately for each of the two series and then one could construct an F test to test the hypothesis of a common set of parameters.

Consider the grangertest() in the lmtest library.

It is a test to see if one time series is useful in forecasting another.

A couple references to get you started:

Just came across this. Your first answer us plotting g the two sets the same scale (timewise) to see the differences visually. You have done this and can easily see there are some glaring differences. The next step is to use simple correlation analysis...and see how well are they related using the correlation coefficient (r). If the r is small your conclusion would be that they are weakly related and so no desirable comparisons and a larger value if r would suggest good comparisons s between the two series. The third step where there is good correlation is to test the statistical significance of the r. Here you can use the Shapiro Welch test which would assume the two series are normally distributed (null hypothesis ) or not (alternative hypothesis). There are other tests you can do but let me hope my answer helps.

I want to propose another approach. This is to test whether two time series are the same. This approach is only suitable for infrequently sampled data where autocorrelation is low.

We also need to check that x-y is not significantly different to 0. This can be done with a one sample two sided t.test. 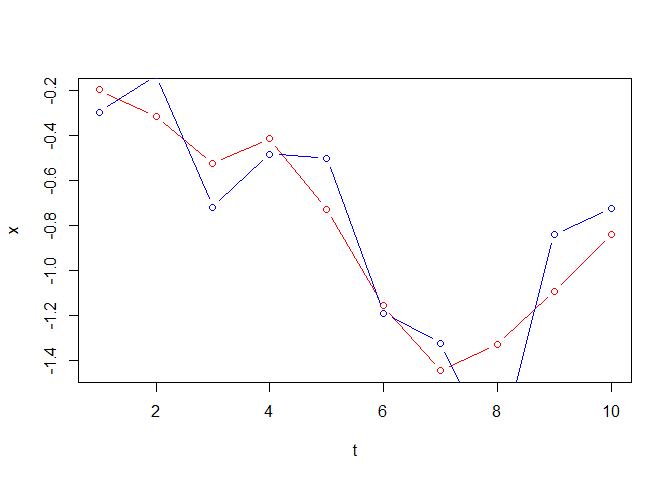 I think it should be possible to extend this approach to test whether two time series are linearly correlated, using x-lm(x ~ y) instead of x-y.

Edit: Dealing with autocorrelation I think could be done by finding a suitable Effective Degrees of Freedom for the tests, c.f., https://doi.org/10.1016/j.neuroimage.2019.05.011

Fit a straight line to both the time series signals using polyfit. Then compute root-mean-square-error (RMSE) for both the lines. The obtained value for the red-line would be quite less than the one obtained for gray line.

Also make the readings on some common frequency.