It is a straightforward approach having a set of coordinates (e.g., in 2D as {x,y}) and at least an associated variable (e.g., v) to calculate a variogram as a descriptor of the spatial dependency of the variable v through the field being studied. 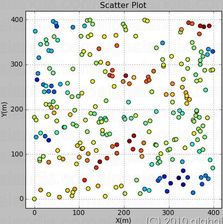 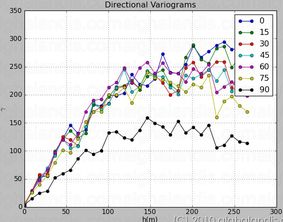 Updates / Comments: From variogram in the above context I mean empirical variogram. I suppose that fitting a variogram model is not an issue at least for this question. Also variogram is available as pairs (h, gamma).

You can use sequential simulation to generate realizations of a random field that has the covariance structure given in the variogram model. In R this can be done using gstat. See demo(ugsim) and demo(uisim) from R code examples from gstat.

Not the answer you're looking for? Browse other questions tagged spatial random-generation variogram or ask your own question.

2
how to generate samples with the given autocorrelation function

1
What are advantages of multi-point statistics compared to variogram?
5
Creating variogram for a 10,000 set data
1
Computing time issues when using ordinary kriging