How to check if a distribution has undefined variance?

How can I determine if experimental data comes from a distribution where the variance is undefined (e.g. the Cauchy distribution)?

I honestly have no idea how to attack this problem in a sensible way, but I imagine one could use random matrix theory to help you. For example, the eigenvalues of a (N,N) non-symmetric matrix form a pattern depending on the distribution. For a standard normal distribution, the eigenvalues on the complex plane form a beautiful unit circle: 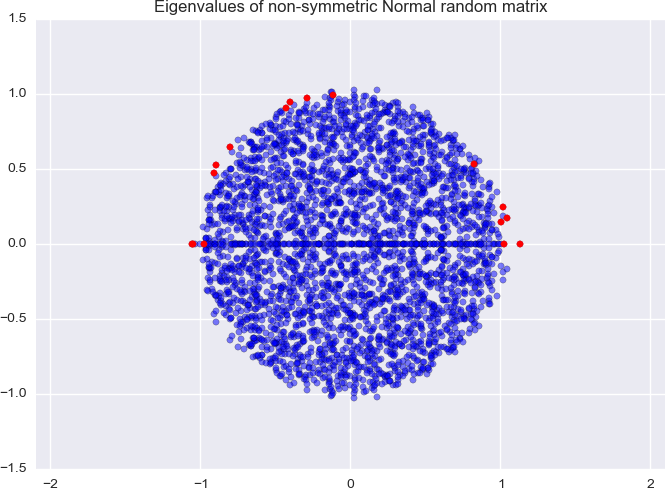 (here $N=200$ and the results of 16 random matrices are shown with a red dot indicating the largest absolute value. All results are scaled by $\sqrt{N}$)

For the Cauchy distribution the results are quite different: 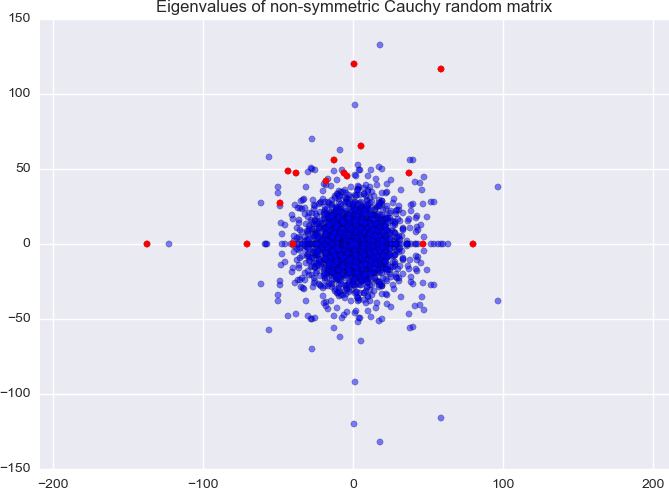 (same values as above, including the scaling)

So random matrix theory predicts a signal, though it may be an over-engineered solution.

Question: What statistical test can determine if a distribution has undefined variance?

I don't think you can attack this question directly. I tested stock market data on a truncated normal, a log-normal and a truncated Cauchy density. In fact, it is none of the above, of course as it is a mixture distribution. Nonetheless, my argument was that the dominant density would by the Cauchy distribution and that I could factor out the other effects.

I ruled out the normal distribution over the entire population of trades with odds against the normal in the region of $10^{8.6\text{ million}}:1.$ The log-normal was ruled out for two reasons. The first was that the likelihood wouldn't integrate to unity given the prior because it was hyperbolic. The second was that the likelihood maximized only as the scale parameter went to infinity, which implied that the log-normal would eventually become the uniform distribution.

Your other option would be to test against the various Pearson families. Such a choice is still incomplete, however, as the Pearson families do not include all distributions.

Not the answer you're looking for? Browse other questions tagged variance eigenvalues random-matrix cauchy-distribution or ask your own question.