Composition of Normals — Finite mixture with some known parameters

I.e., the data was generated from 5 normal distributions:

I know number of distributions in mixture (for this case 5). What I want to do: infer means. I know dependency between means and SDs: $\sigma = f(\mu)$ and I know $f$. Also I know: if we have data generated from normal distribution with mean $\mu_1$, we also have substantial amount of data generated from $-\mu_1$ (with other SD).

Is modified $k$-means clustering "optimal" for this problem? Or are there more sophisticated algorithms, that can be helpful?

UPDATE1: Lab mates told me about the package mclust. I used it and obtained "good" results just after cutting of everything that is between -1SD and 1SD from 0 (it did not work with original data). But I am pretty sure that the additional information can help for the performance. 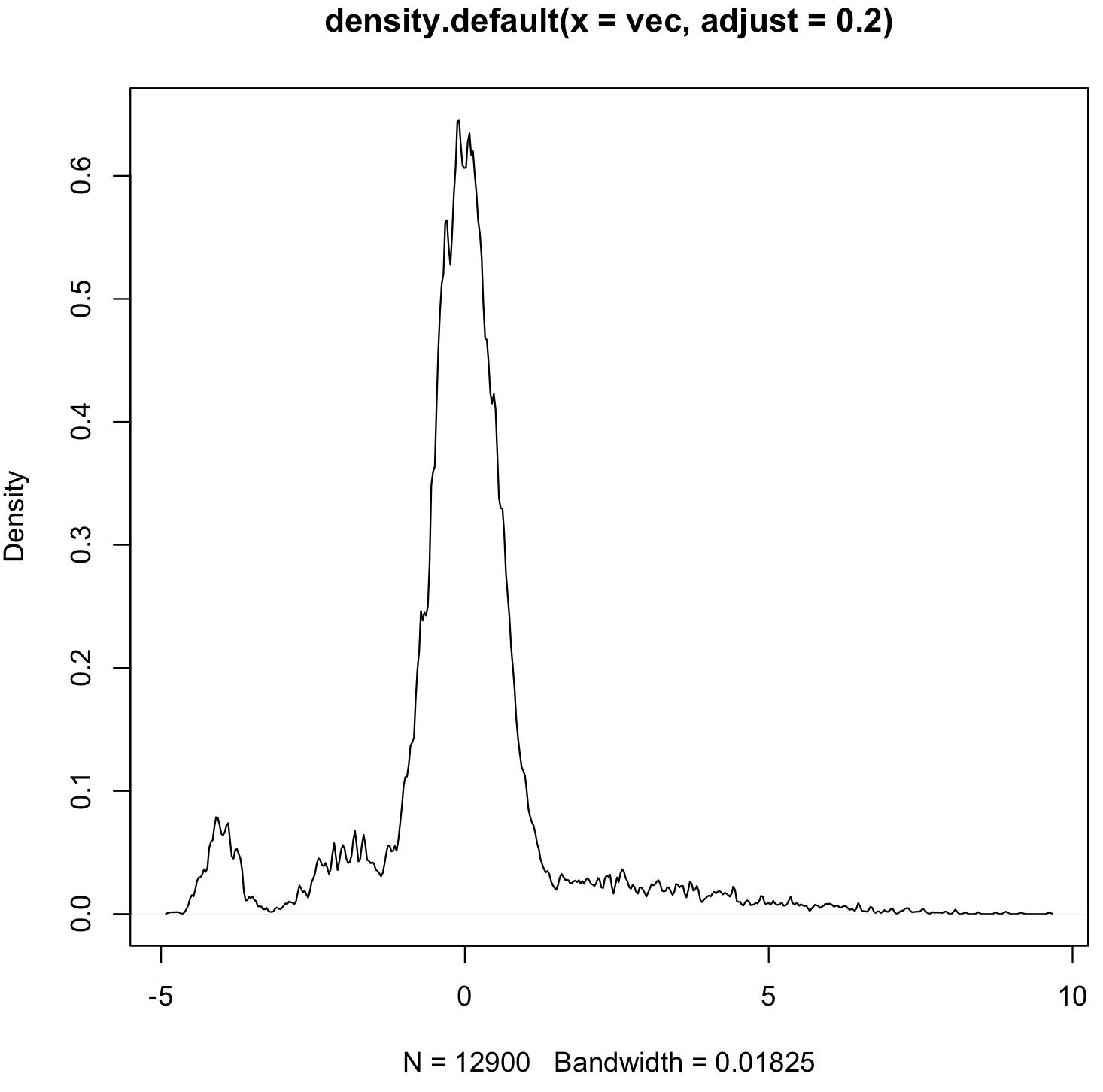 Browse other questions tagged normal-distribution inference mixture finite-mixture-model or ask your own question.