What is the name of this normalization (which yields mean 0 and sd 1)?

Is there a specific name for normalizing some data so that it has mean=0 and sd=1?

The quantity $z = \frac{X - \mu}{\sigma}$ is a standard score. So, standardization is a common way to refer to it.

I think it is just called z-score.

[@ttnphns remark: that is correct, however "z-score" also has other meanings in statistics.

z-standardization, z standard value - probably the most widely used terms for the linear transform to mean 0 and sd 1]

As ars' answer states, standardization is the transformation that involves:

A generalization of standardization is whitening or sphering whereby a set of one or more variables is linearly-transformed (typically after mean-centering) so that the covariance matrix is the identity matrix. A great reference is:

You have to say it was "mean-zero standardized." Dividing by the original calculated standard deviation, $\sigma$, results in a standardized variate with a standard deviation of 1. It has mean zero since it was "centered" (the average was subtracted as well). It's also not normalizing since normalizing implies the final range of the feature (variable) is [0,1], whereas the range of a mean-zero standardized feature is determined from the calculated min and max values, i.e., range= [$Z_{\rm min}, Z_{\rm max}$]. You can also calculate percentiles, which are a type of normalizing, since the final range is [0,1].

Something to note is that mean-zero standardizing and normalizing don't remove skewness, so if a histogram of the original feature (before transformation) had a heavy left or right tail, the tail(s) will still remain in the transformed feature. To get rid of tails after transforming, you have to use the van der Waerden score (VDW).

The van der Waerden (VDW) score for a single observation is merely the inverse cumulative (standard) normal mapping of the observation's percentile value. For example, say you have $n=100$ observations for a continuous variable, you can determine the VDW scores using:

Below is a plot of a log-normal variable V1 based on parameters ln($\mu$) =6, and GSD of 0.3, with its corresponding transforms:

As you can see, the skewness (right tail) is removed by only the VDW transform. 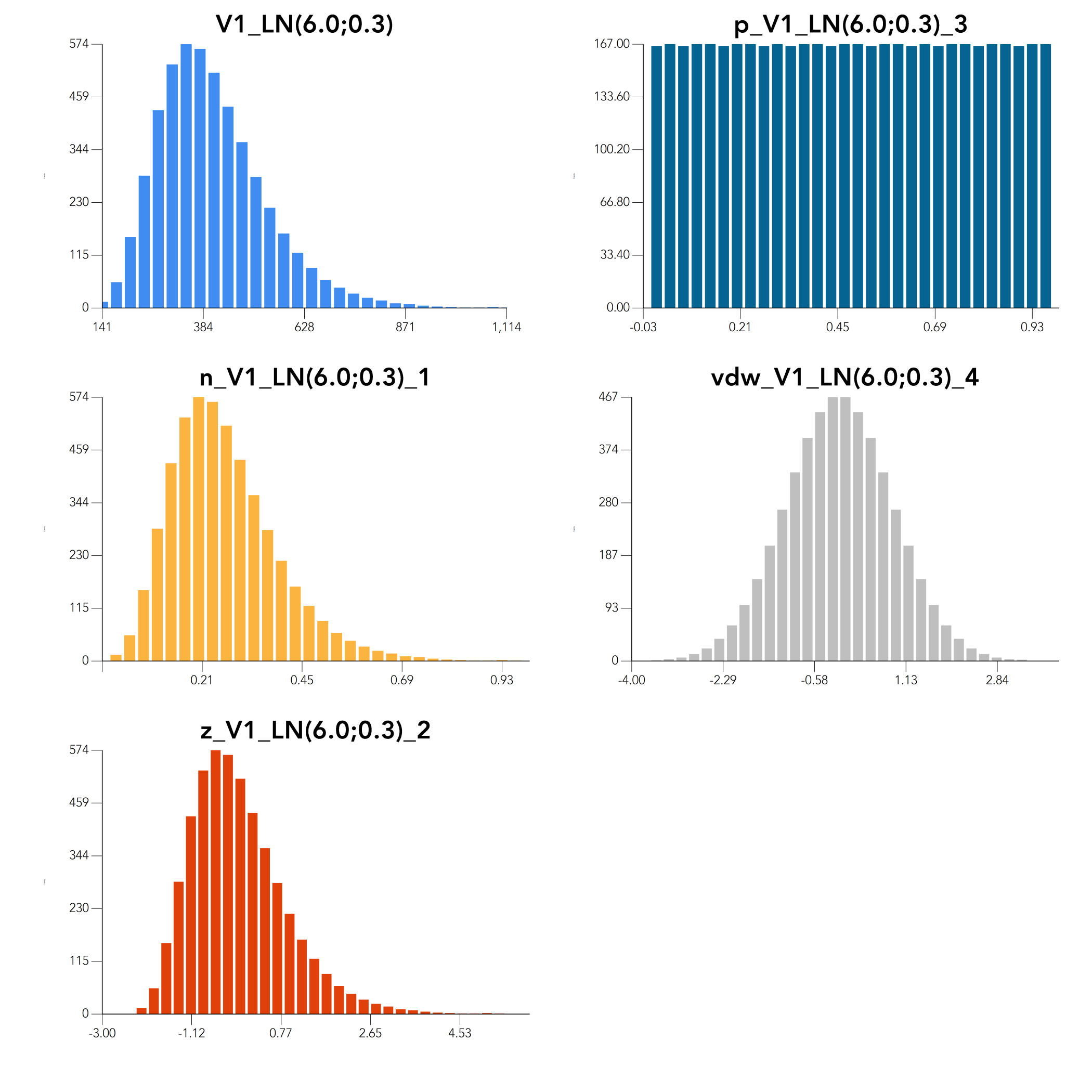 Not the answer you're looking for? Browse other questions tagged data-transformation terminology normalization standardization or ask your own question.