What is meant by using a probability distribution to model the output data for a regression problem?

What is being conveyed when someone mentions that 'a distribution is being used to model the outputs'?

By assuming some probability for our data we mean that we use some statistical distribution (i.e. mathematical function) as approximation of our data.

Sir Francis Galton in 1886 used data on parents height and their adult children height to describe regression towards mediocrity. This was one of the first times when correlation and regression was used. We can use this data to illustrate how distribution can be used to describe data.

We can approximate parents heights distribution by a normal distribution. As you can see from the plot below, normal distribution (red line) does not fit perfectly to the data, but it fits reasonably well. You could ask why would we like to use any approximation in here? The major advantage is that it makes things simpler because we can describe whole distribution of heights just by two parameters: $\mu$ for mean height and $\sigma$ for standard deviation. Knowing these two parameters not only lets us approximately re-create the data values, but also allows us to assign probabilities to values that were not observed in our dataset. 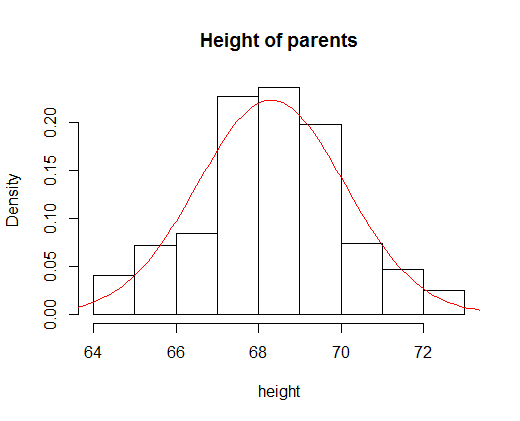 Galton used this data to show regression to the mean phenomenon. What he described is that heights of parents and their children are related and there is some rate that describes the relation. The rate of how parent's height influences child's height can be summarized using a single number $\rho$ for correlation coefficient or regression slope. The $\rho$ parameter can be also thought as a parameter of bivariate normal distribution. So in this case, distribution not only approximates the individual variable, but also relation of two variables, i.e. it leads to a statistical model of the observed phenomenon.

This leads us to replace the original counts 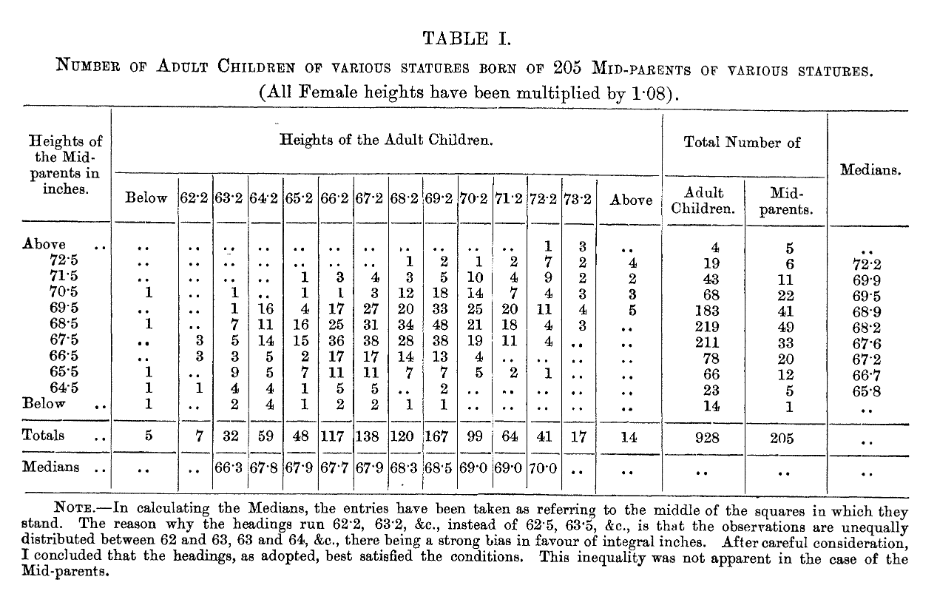 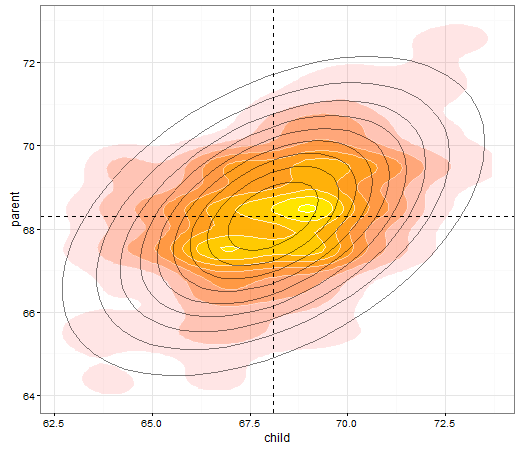 By saying that we assume distribution for data we mean that we use this distribution to build a model. Such model is obviously wrong, because it is an approximation, but it is useful, since it describes the complicated phenomenon in simple mathematical terms.

Galton, F. (1886). Regression Towards Mediocrity in Hereditary Stature. Journal of the Anthropological Institute, 15, 246-263.

Not the answer you're looking for? Browse other questions tagged regression distributions mathematical-statistics or ask your own question.

84
What is the meaning of "All models are wrong, but some are useful"
29
In layman's terms what is the difference between a model and a distribution?
9
How do you fit a Poisson distribution to table data?
3
How far can be median, mode and mean be from each other and still be able to say that is a normal distribution?
4
source of statistical uncertainties
3
Do we always assume cross entropy cost function for logistic regression solution unless stated otherwise?
1
What does it exactly mean if a random variable follows a distribution
1
Based on the ideas of Parameter Estimation and Fitting Probability Distributions, what stops us from making any function be a PDF(PMF)?
1
How to estimate the margins distribution using ecdf?
1
Population and the mean, standard deviation and the distribution of a population charactertistic
See more linked questions