I am doing a meta-regression with metafor package in R. The mixed-effect model for proportion is used to assess the linearity between study performed year and medication prevalence. Here below is my script in R:

And results I got from R are:

Followed by this model, I would also like to perform a scatterplot in R. So my script is:

The plot I got is: 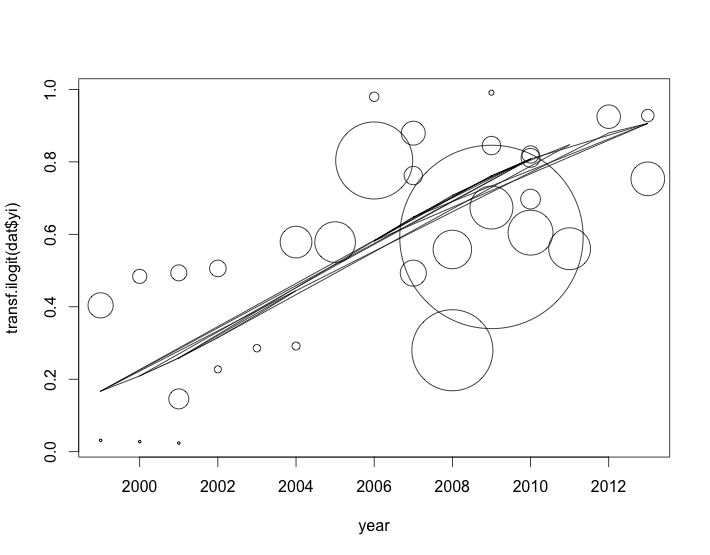 Apparently, it doesn't seem right!. So my questions are:

Followed by Wolfgang's suggestions, I managed to rescale the bubble and get predicted line fitted (the model remains the same): 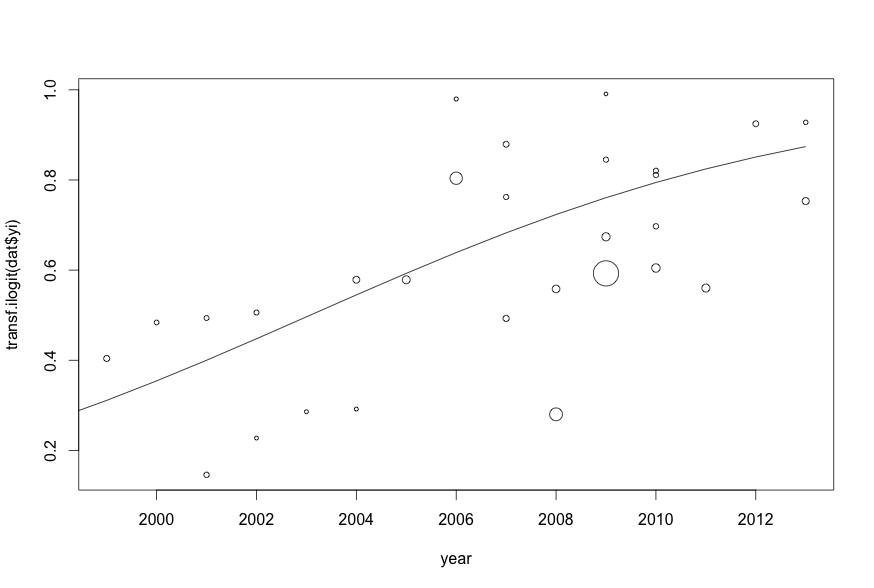 Obviously, the line wasn't straight! Should I change model into polynomial regression? Or is that normal with this graph?

The error came with "Error in print(model1) : error in evaluating the argument 'x' in selecting a method for function 'print': Error: object 'model1' not found"

And I tried another model:

I got exactly the same result as original model, which has only the year as covariate fitted. I am not sure where the problem is....

Not the answer you're looking for? Browse other questions tagged r meta-analysis meta-regression or ask your own question.