What are some common approaches for estimating variability of right skewed, bimodal distributions?

I have a data set with the dollars in transactions a store has done historically from noon-2pm on Wednesdays. Most of the time, the store does no volume during this time (16 observations with the value of 0), but when it does one or more transactions, since the minimum price for an item is around 400, those observations occupy a second mode around $800. What are some approaches one might take to estimate normal variability in such a situation with an eye towards using that approach for detecting outliers?

For the domain context, given this store's volume, I would roughly consider anything below $1700 normal variation, anything above 3000 as a significant outlier, and anything in between slightly anomalous, but not full fledged outliers. I'd like to find an approach that would allow me to accurately represent normal variability and outliers for a wide range of store sizes and activity levels that fundamentally follow a similar distribution.

One approach I considered was just to use the non-zero right mode values to calculate the mean and standard deviation to calculate z-scores from, but that has the disadvantage of not incorporating information from the left side of the distribution. For example, for samples with relatively more 0 value observations, the probability of experiencing an extreme value should be lower than for a sample with relatively fewer 0 value periods.

My ultimate desire is to be able to observe new values in subsequent Wednesday noon-2pm periods and determine whether that new observation falls within what could be considered normal population variation vs. is an outlier.

Any suggestions are greatly appreciated! 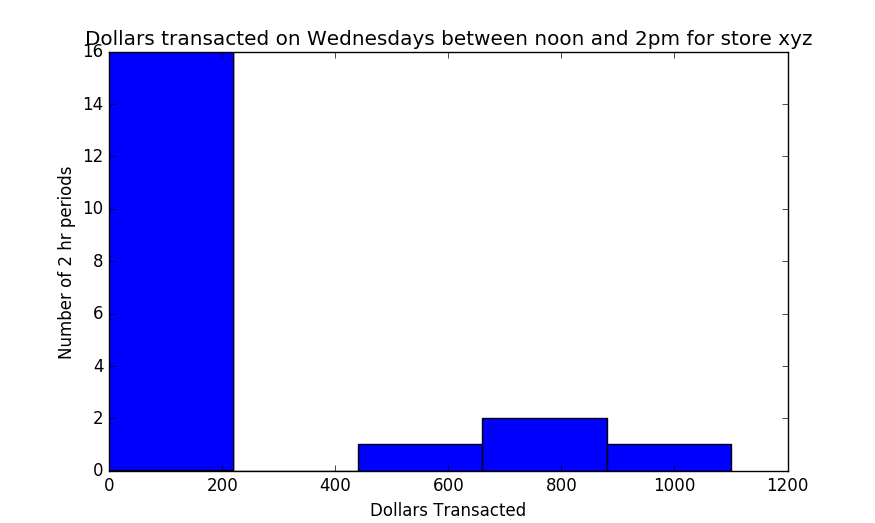 Just looking at the graph, I would classify 0 as an outlier. I would not remove the 0s from the data. I would hardly ever remove outliers; it is the special cases that contain the most information. You just need to make sure that the information is genuine and not some mistake occurring during data collection or cleaning.

Moreover, you need to make sure that you appropriately use that information. How to find out whether the information in outliers is genuine and what appropriately means depends on the context, which you did not give us.

Not the answer you're looking for? Browse other questions tagged distributions confidence-interval outliers or ask your own question.

4
What is a mathematical way to define a point on a scatter plot as an outlier?
4
Iterative outlier diagnostic
1
Determine significance of an observed value