Inspired by the question and the diagram represented in the answer, I am wondering if partial correlation is symmetric? 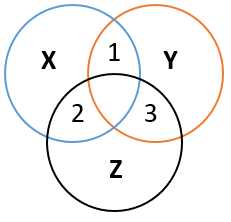 The questions then are as follows:

Look at https://en.wikipedia.org/wiki/Partial_correlation . The partial correlation between $X$ and $Y$ controlling for $Z$ (which might be a vector, written $\rho_{XY\cdot Z}$, can be defined in the following way.

Not the answer you're looking for? Browse other questions tagged regression correlation mathematical-statistics partial-correlation or ask your own question.

101
What is the difference between linear regression on y with x and x with y?
40
Suppression effect in regression: definition and visual explanation/depiction
12
Intuition behind the names 'partial' and 'marginal' correlations