How to find marginal effect of restricted cubic spline

The package postrcspline in STATA has a function mfxrcspline which "displays the marginal effect of a restricted cubic spline," which is exactly what I am after. (See Figure 1 below)

R does not seem to offer this feature as conveniently ,so I'm trying to figure out how to get these same results.

As I understand it, suppose I have a multi-variable regression with restricted cubic splines and an interaction:

where $\beta_{3}$ is the coefficient on the spline and $ \mathcal{f}(x2)$ is a design matrix for each year in the regression that causes the slope to change for each $y$.

This appears to be simple matrix multiplication to plot the marginal effect, but I'm not sure how to statistically do this.

Here is a plot to illustrate what I'm after:

Figure 1: The left plot shows the results of the regression using a restricted cubic spline and the right provides the marginal effect--note the changes on the y-axis. 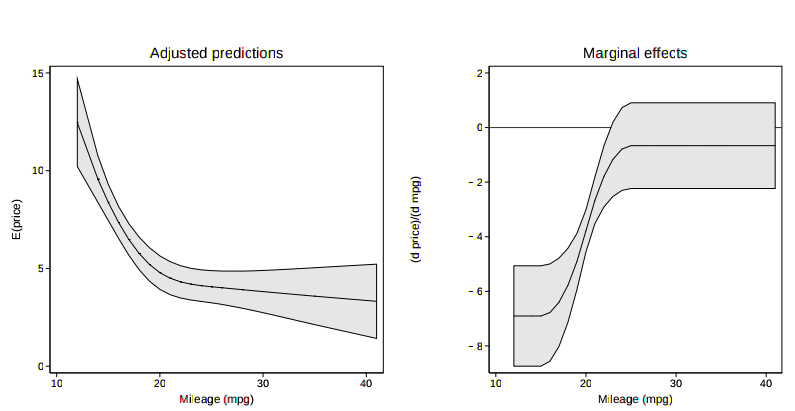 Here is an R example to demonstrate the nonlinear effect from the regression (left plot in Figure 1): 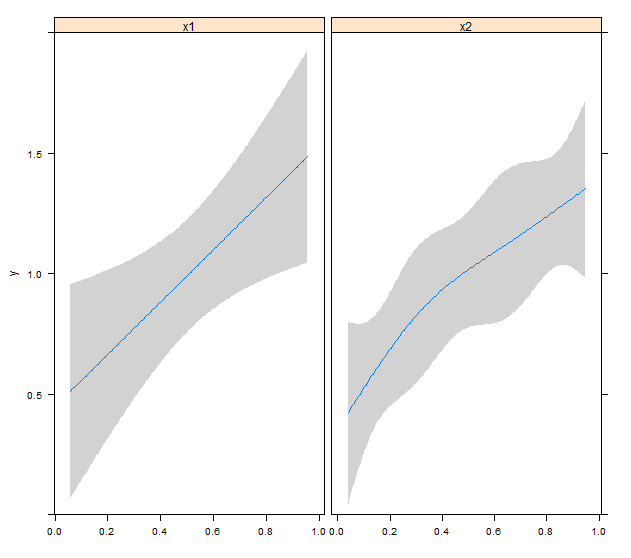 6
Nonlinear effect in an interaction term