How do I interpret this cross correlation function (CCF) plot?

I am working on some exchange rates data. I have two series:

I am interested in modelling the relationship between these two series. It is reasonable to model $Y_t$ as a function of $X_t$ and lagged values of this series (because the black market kinda follows the official market). I would like to get insight on two questions: 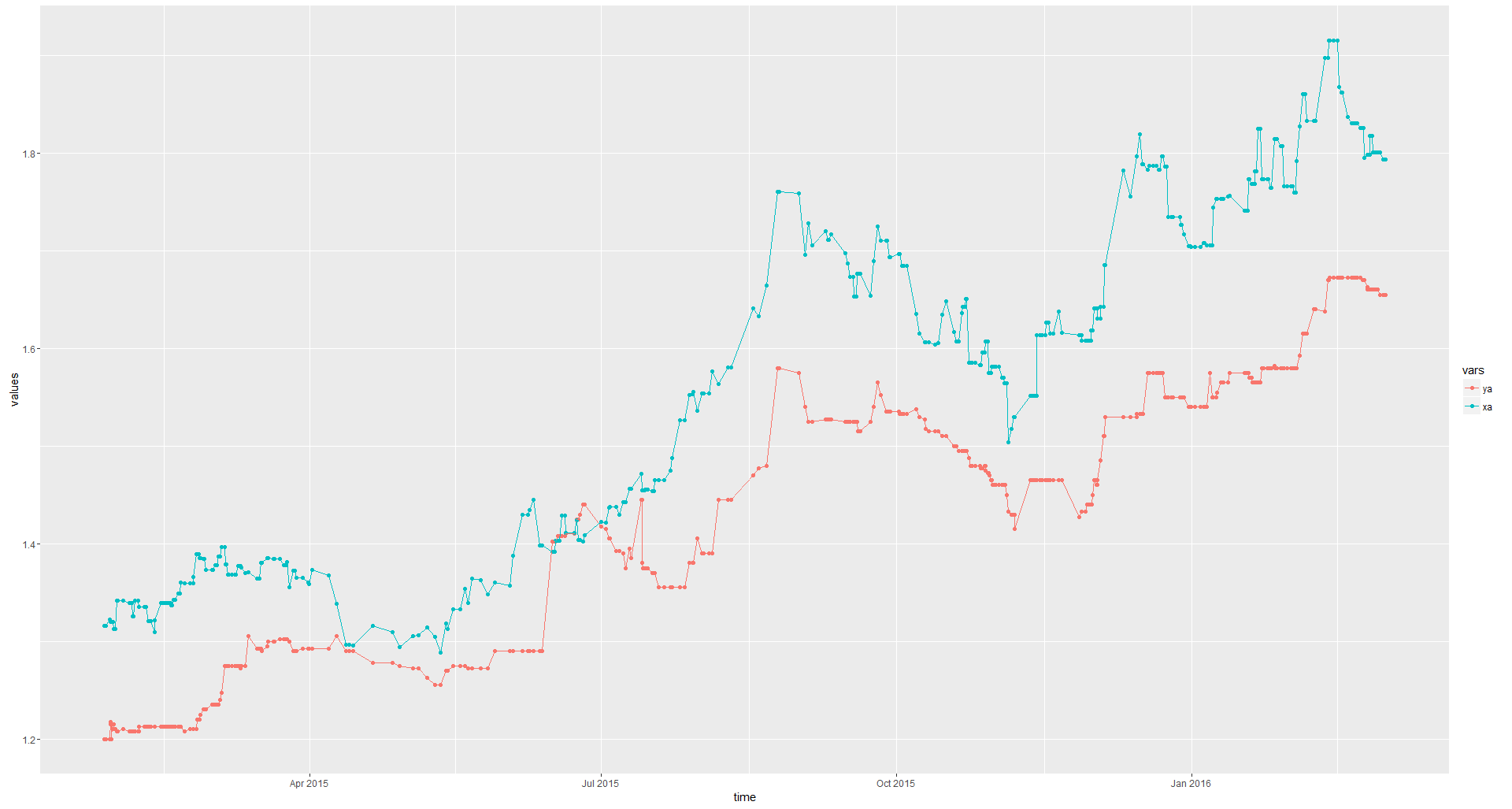 I've read that the "cross correlation function (CCF) is helpful for identifying lags of the $X$-variable that might be useful predictors of $Y_t$". (link)

And here's how they look: 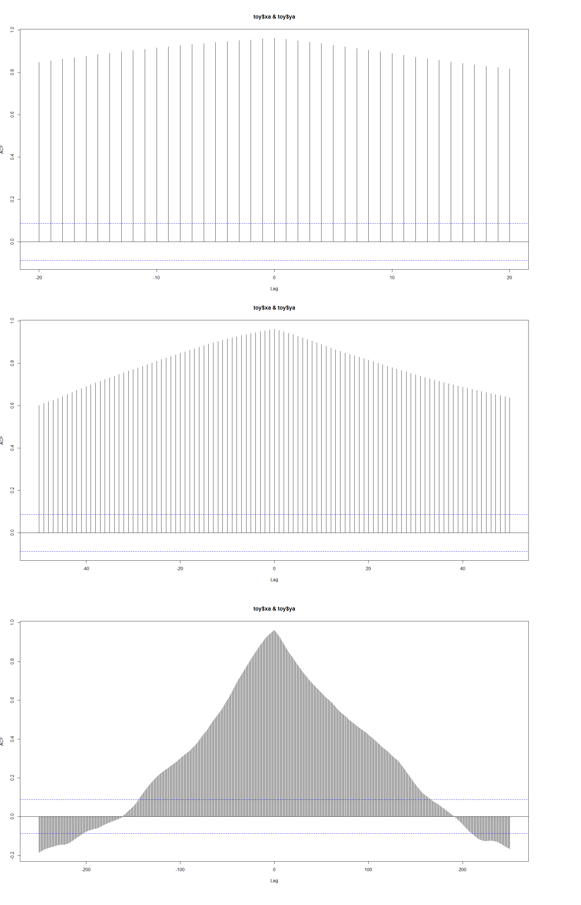 Does it mean that up to 170 lags might be useful predictors?, or am I doing something wrong?

I won't be able to tell you what exactly this means, but here is an explanation about CCF.

First you want to make sure that the process is stationary. @Hernando Casas's answer helps there. Next note that the formula for cross correlation between $X$ and $Y$ at lag $k$ is

Not the answer you're looking for? Browse other questions tagged r time-series cross-correlation or ask your own question.