I've extracted 500 tokens (out of more than 30,000) from my sample documents (about 500) using the mutual information criterion as described in the same chapter.

(where the 1 in the numerator is the +1 smoothing and the 2 in the denominator comes from there being 2 classes.) 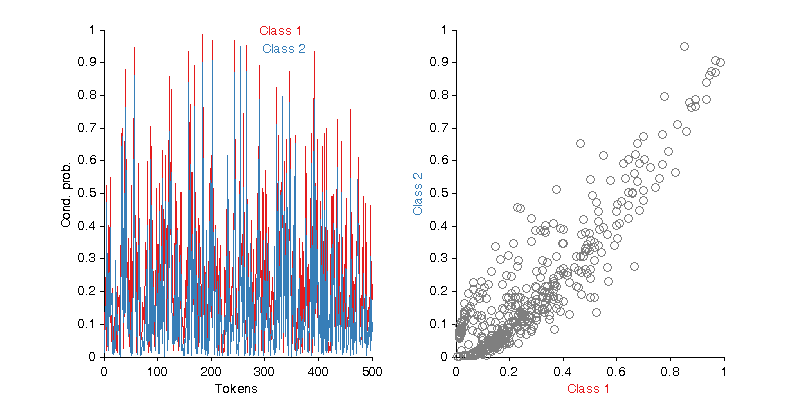 This worries me, as I thought the information criterion would make sure tokens would show up more in one of these classes than in the other.

So my question is:

Thank you very much.

[This is my output from a relatively lengthy and idiosyncratic analysis, so I don't have a minimum working code example right now, but I hope you can follow my verbal explanation here. Thank you very much for any ideas.]

Ok, I think I know what's going on. I'll first give my tentative explanation and then answer @Wabbits and @Greg Ver Steeg's comments.

Even after picking tokens that rank highly using the mutual information criterion we still have a lot of tokens in there that appear relatively often in both classes of documents. They all have conditional probabilities of being in either class more than 0.78. That's mainly because they appear many times, all of them more than in more than 400 out of our about 500 training documents.

So apparently the information criterion was still high for them, so that we included them in the top ranked 500 tokens.

Here is a matrix of scatterplots of stats on these tokens against each other: 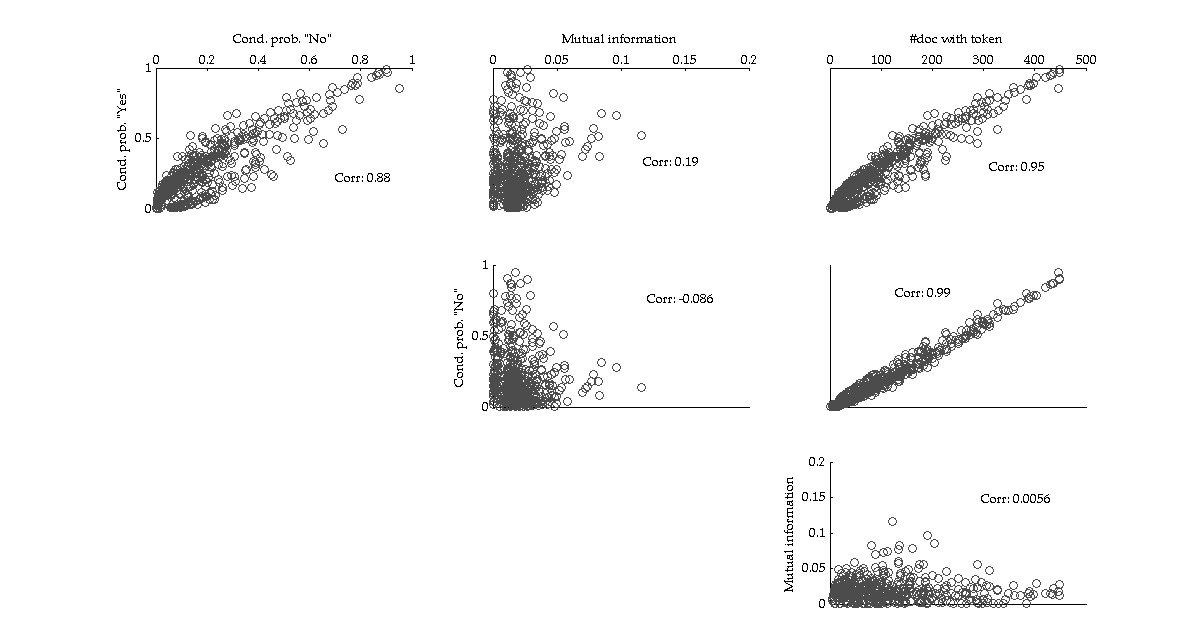 But it's interesting to see that they are not necessarily the documents with the high mutual information criterion values (subplots (1,2), (2,2) and (3,3)).

Overall I think things should be fine.

You can check whether this is correct comparing to other feature selection approaches. Also if you can use sklearn SGDClassifier (and others) there is classifier.coef_[0] property where you will find the coefficient for your model after it is fitted.

Not the answer you're looking for? Browse other questions tagged correlation classification text-mining naive-bayes mutual-information or ask your own question.