What type of Generalized Linear Model can handle high-to-low-variance heteroscedasticity?

I am investigating the use of Generalized Linear Models because my response variable is strongly heteroscedastic: 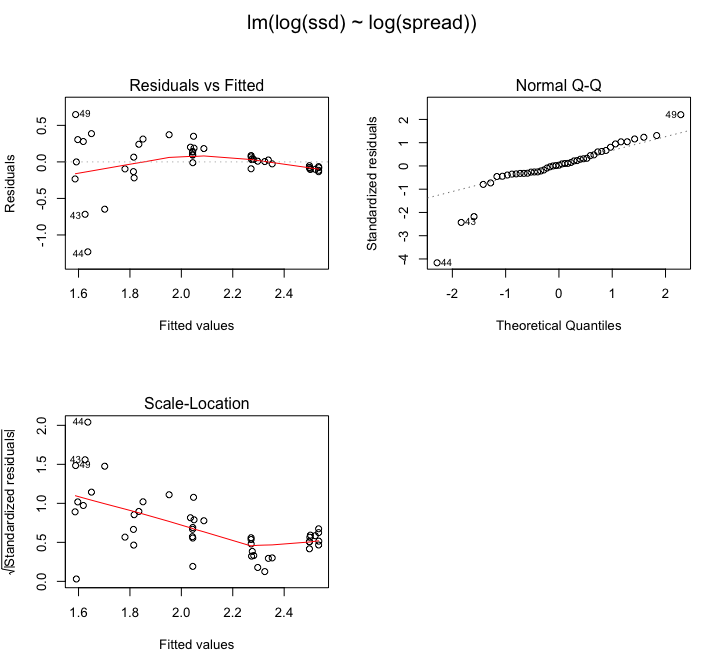 Is there a GLM link function that can cope with this type of heteroscedasticity?

After failing to find an error distribution that could account for decreasing variance with increasing mean in a GLM, I opted to use Weighted Least Squares with weights inversely proportional to the relative variance.

Not the answer you're looking for? Browse other questions tagged regression generalized-linear-model heteroscedasticity link-function or ask your own question.

2
What can be said about about significant predictors in simple regression that become insignificant in multiple linear regression?
1
Generalized Additive Model or non-parametric linear regression?
2
What GLM family and link function to use with similarity index as response variable?
2
Is GAM appropriate for these data
4
Pearson Residuals in the Poisson GLM