I'm working with imbalanced data, where there are about 40 class=0 cases for every class=1. I can reasonably discriminate between the classes using individual features, and training a naive Bayes and SVM classifier on 6 features and balanced data yielded better discrimination (ROC curves below). 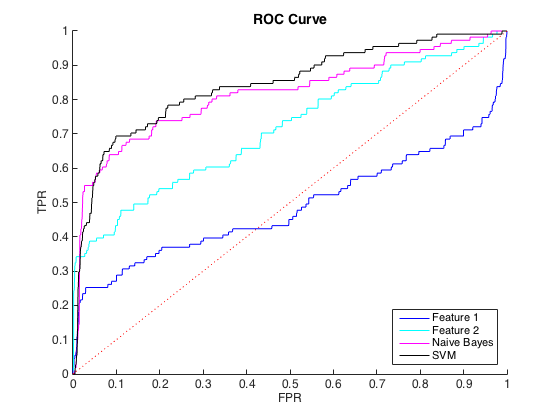 That's fine, and I thought I was doing well. However, the convention for this particular problem is to predict hits at a precision level, usually between 50% and 90%. e.g. "We detected some-number of hits at 90% precision." When I tried this, the maximum precision I could get from the classifiers was about 25% (black line, PR curve below). 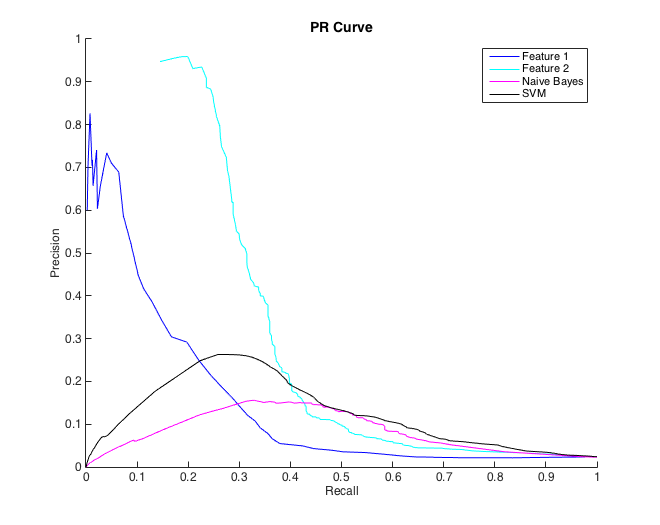 Edit 2: Training on nonbalanced data, i.e. with the same imbalance as the raw data, brought the PR curve back to life (see below). I'd guess my problem was improperly training the classifiers, but I don't totally understand what happened. 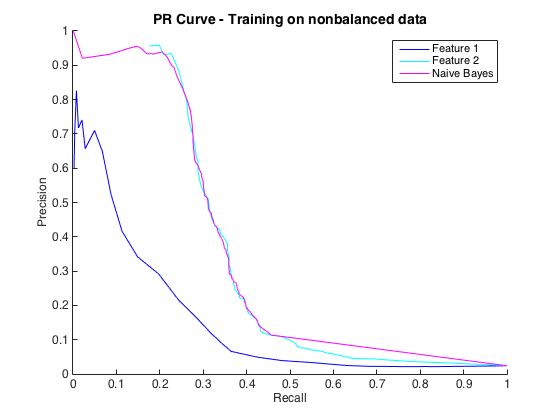 I've found that there isn't an incredible benefit in using downsampling/upsampling when classes are moderately imbalanced (i.e., no worse than 100:1) in conjunction with a threshold invariant metric (like AUC). Sampling makes the biggest impact for metrics like F1-score and Accuracy, because the sampling artificially moves the threshold to be closer to what might be considered as the "optimal" location on an ROC curve. You can see an example of this in the caret documentation.

The best way to evaluate a model is to look at how it will be used in the real world and develop a cost function.

As an aside, for example, there is too much emphasis on r squared but many believe it is a useless statistic. So do not get hung up on any one statistic.

I suspect that your answer is an example of the accuracy paradox.

Recall (also known as sensitivity aka true positive rate) is the fraction of relevant instances that are retrieved.

Precision (aka positive predictive value) is the fraction of retrieved instances that are relevant.

Let's say you have a very imbalanced set of 99 positives and one negative.

Let's say a model is trained in which the model says everything is positive.

Clearly a junk model despite the "good" positive predictive value.

I recommend building a training set that is more balanced either through oversampling or undersampling. After the model is built then use a validation set that the keeps the original imbalance and build a performance chart on that.

May I just point out that this is actually the other way around: ROC is sensitive to class imbalance while PR is more robust when dealing with skewed class distributions. See https://www.biostat.wisc.edu/~page/rocpr.pdf.

Not the answer you're looking for? Browse other questions tagged classification svm roc naive-bayes precision-recall or ask your own question.