I've heard that meta-analytical needs are actually a good argument for using confidence intervals in most applicable figures. Could someone explain this to a non-statistician?

I suppose it has something to do with the fact that CIs can be interpreted the same way regardless of n, unlike Standard Errors.

I understand that using CIs would encourage meta-analytical thinking. Meta-papers usually present a figure that contains all of the individual results from several studies, as well as a pooled estimate, like in this effect size -figure I found off Google... 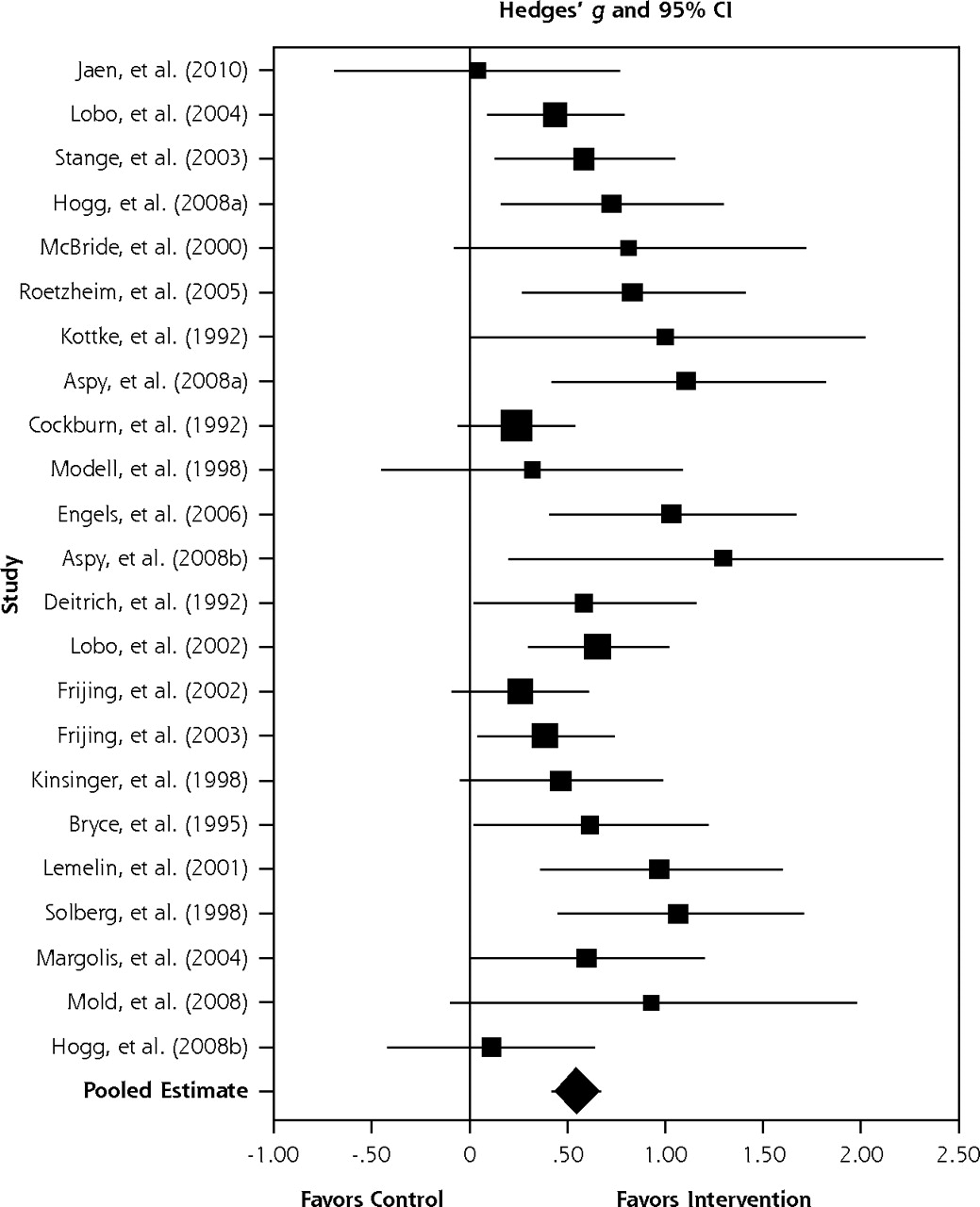 But can confidence interval figures alone (with just the point estimator and the CIs), without access to more data, somehow be used for meta-analytical synthesis? Can you somehow combine the information in these figures from several studies into a single new figure, thus creating a figure with narrower CIs?

Therefore, are these figures intrinsically advantageous, or is the argument for using CIs mainly that they discourage unnecessary null hypothesis significance testing?

The estimate and the confidence intervals can be used. The approach would be to back-calculate the standard error from the confidence interval and then weight the estimates using the inverse of the variance. That is all you really need. There is a host of material on Wolfgang Viechtbauer's pages http://www.metafor-project.org/doku.php which give many examples using his metafor package in R but which are full of good advice even if you use some other software. The forest plot you show also gives information about how much information each study contributes by the size of the symbol: big symbol = more information.

Not the answer you're looking for? Browse other questions tagged confidence-interval meta-analysis or ask your own question.